The actress who played the pot-dealing seductress in Reefer Madness, Thelma White, recognized the falseness of the film and didn’t want to appear in it, but the studio owned her. When she died in Los Angeles at age 94, her Associated Press obit was poignant and informative:

“Ms. White played a hard-boiled blonde named Mae who peddles ‘demon weed’ to unsuspecting young people in ‘Reefer Madness,’ a low-budget cautionary tale written by a religious group. In the film, she lures high school students to her apartment for sex and drugs, turning them into addicts who shoot their girlfriends, run over pedestrians and go insane.

“A musical and comedy actress who made more than 40 movies, Ms. White was horrified when RKO Studios picked her for the antidrug film. But because of her contract, she had little choice but to accept the role.

“Born Thelma Wolpa in Lincoln, Neb., in 1910, Ms. White was a carnival performer as a toddler before moving on to vaudeville, radio and movies.

“‘Reefer Madness’” was destined for obscurity, but in 1972, Keith Stroup, founder of the National Organization for Reform of Marijuana Laws, discovered it in the Library of Congress archives, bought a print and screened it at a New York benefit.

“Robert Shaye, founder of New Line Cinema, saw the film and recognized its appeal as an unintentional parody. He re-released it through his then-fledgling company, holding midnight showings.’ 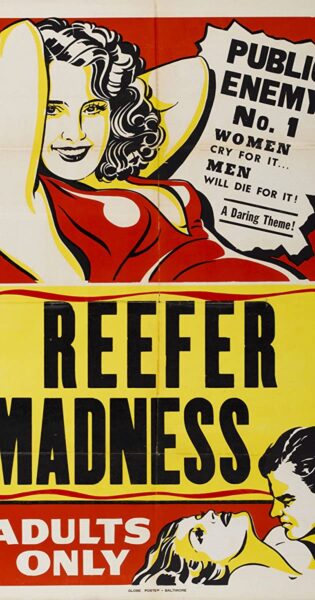 The L.A. Times obit informs us that “Ms. White twice saw an off-Broadway musical that spoofed the movie. The musical ‘was campy and over the top, and she loved it,’” according to her godson, her sole survivor.

The writing credit on Reefer Madness went to two Hollywood professionals who mostly turned out B- westerns. According to Kevin Murphy and Dan Studney, authors of the latter-day musical that Ms White enjoyed, “Reefer Madness began its cinematic life as a 1936 cautionary film entitled ‘Tell Your Children.’ It was financed by a small church group, and was intended to scare the living bejeezus out of every parent who viewed it.”

The small church group must have commissioned the script from the pros.

“Soon after the film was shot, however, it was purchased by the notorious exploitation film maestro Dwain Esper (whose films included ‘Narcotic,’ ‘Mari’huana, and ‘Maniac’). He took the liberty of cutting in salacious insert shots and slapping on the sexier title of ‘Reefer Madness,’ before distributing it on the exploitation circuit.

“Esper was an absolutely notorious figure who would do things like stealing unattended prints of studio films out of projection booths and film exchanges, and then physically drive them from small town exhibitor to small town exhibitor until the authorities caught up with him. A delightful, poignant and detailed portrayal of this lunatic opportunist is featured in exploiteer Dave Friedman’s autobiography, ‘A Youth in Babylon,’ which is a book every cult movie or pop culture enthusiast ought to read.

“After a brief run, the film lay forgotten for several decades. There was no concept of ‘after market’ in those days, especially for films that existed outside the confines of the studio system. For this reason, neither Esper nor the original filmmakers bothered to copyright the movie, and it eventually fell into the public domain.

“Murphy and Studney got their info mainly from White herself and documentary maker Ray Greene, whose films include ‘Schlock!’”

It’s hardly surprising that a “small church group” financed Tell Your Children. Muslims and Jews don’t have a monopoly on aggressive “fundamentalists.” (Tod Mikuriya once made a bumper sticker that said: “Drug Police —Armed Clergy.”)

Reefer Madness reportedly received backing of some sort from Harry Anslinger, the commissioner of the Bureau of Narcotics, who was leading the campaign to impose marijuana prohibition under federal law. Anslinger was a manipulator of the media and understood the influence of Hollywood. The movie’s message jibes perfectly with his.

“Marijuana is an addictive drug which produces in its users insanity, criminality, and death,” Anslinger told Congress in ’37. They believed him and the grotesque ramifications are still being felt.

There is a movie to be made about the making of Reefer Madness. Woody Harrelson, made up properly, could play Anslinger (then about 40). But who could play alienated, musical Thelma White? 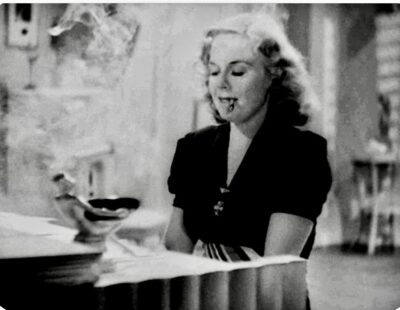 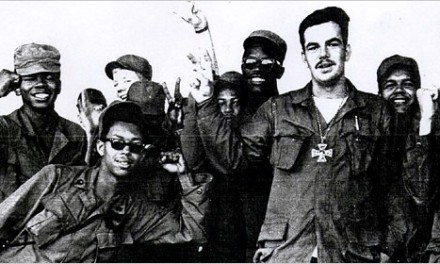 A Half Truth about the War on Drugs 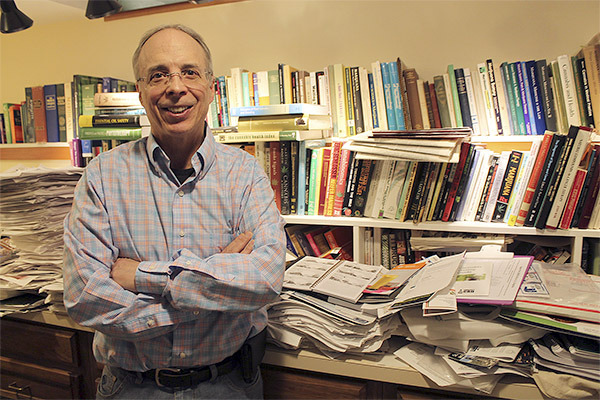