There were years when an issue of O’Shaughnessy’s could throw a lasso around the medical marijuana story in all its aspects. That period is history.  In this, the Year of the Concentrate, doctors and patients have been trying to evaluate the increasing anecdotal evidence suggesting that cannabis oil has remarkable healing powers. Stoners, meanwhile, have been extolling the joys of inhaling vapor from heated extracts — “dabbing,” without evident concern for the health consequences.

We agree with Drs. Abrams, Grinspoon, Hergenrather and others who warn that unsubstantiated claims might lead to false hope, and unrecognized hazards might lead to serious health problems down the road for individuals. Will there be a cluster of cases of, say, bladder cancer, years from now, disproportionately affecting people who indulged heavily in extracts made with butane, naptha, hexane, propane and other solvents known to cause liver damage, infertility, and cancer? How many cannabis consumers know which solvent residues their extract or edible might contain?

Several edible makers told us proudly that hexane, which they used to extract cannabinoids and terpenes from cannabis, was “used by the food industry.” We hope that they know what they’re doing and can remove 100% of the solvent, but their citing the U.S. “food industry” as a model seemed ominous.

The U.S. food industry is directly responsible for an obese, unhealthy population. Recalls for contaminants are frequent. European countries reject U.S. meat and poultry. Very few Americans eat real food nowadays. We’re disconnected from the land, families don’t eat together because there is no time, and social breakdown has left few families intact. Can’t we create a better model of food production and distribution, with more small farmers and fewer middlemen?

Our country needs what used to be called “land reform,” so that every young person who wants to farm —or garden— can have access to the soil and training. We agree with Dr. William Courtney that everyone should have access to fresh, organic cannabis —and why not fresh, organic eggs and vegetables, and clean air, too? The entourage effect applies in politics as well as in pharmacology.

O’Shaughnessy’s online
While one of us (MAL) has been promoting a new book, the other (FG) has been getting the hang of WordPress so that we can cover the ongoing story online. We receive a lot of interesting correspondence and other material —much more than could fit in this already bursting issue—and we look forward to sharing it with the community on a daily basis, and not letting the history of our movement get erased in a twittery world. Find us at beyondTHC.com.
Another site we hope you’ll visit is cannabisclinians.org, maintained by the Society of Cannabis Clinicians’ Secretary Stacey Kerr, MD. Nobody is better suited to collect and aggregate data from patients using cannabis-based medicine than the worthy successors to Dr. Tod Mikuriya. The goal is to transform anecdotal evidence into data that the medical establishment cannot ignore.

Some progressive collectives recognize the importance of data collection and have begun interviewing patients systematically. They will find an invaluable asset at cannabisclinicians.org and in the person of Dr. Kerr.

“In spite of what the government says about ‘no studies have been done,’” says Kerr, “it comes as a great surprise to many doctors that there are lots of studies going on. We’re posting full studies so people can read them and review them for themselves.” Abstracts are posted on the SCC’s Facebook page, which Kerr describes as “more dynamic.”

The initial SCC survey got some 500 responses before she closed it to people who could not provide a lab report on their herb. She summarizes the trends she observed thus: “Sleep, less anxiety, decreased paranoia: CBD. Creativity, appetite, paranoia, stoned-spacey feeling: THC.” She says, “My survey has turned into a campaign for people to know what’s in their medicine.”

Because of her role in the SCC, Dr. Kerr is unable to use her personal PayPal account. (See story on page 35). She can’t buy things on eBay. “Locked out because my credit card was associated with a legitimate educational 501c3 organization!”

Freedom is coming but don’t expect the delivery to be easy.
Hoping we meet again soon at BeyondTHC.com. —O’Shaughnessy’s 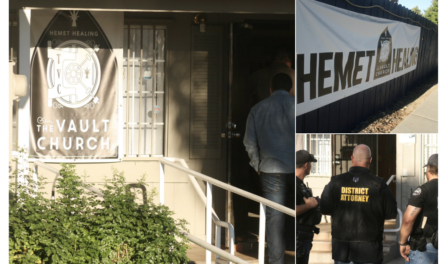