SB 1409, brings California’s hemp laws up to date by adding pilot program status to the California Department of Food and Agriculture’s registration program in conformance with federal requirements and striking outdated state statute provisions that conflicted with the expanded definition of hemp that includes extracts and derivatives from the non-psychoactive flowers and leaves. The bill allows California farmers to grow industrial hemp and to produce hemp seed, oil, fiber and extract.

“Agriculture is a hugely important sector of the California economy, and we are thrilled that farmers can now benefit from the economic opportunity of hemp farming,” said Eric Steenstra, President of Vote Hemp. “We are grateful to the bill’s co-sponsors, Ojai Energetics, Hoban Law Group and Politico Group for their legal and lobbying support, and to Senator Scott Wilk for authoring this legislation and championing its passage in California.”

Currently at the federal level, the Hemp Farming Act (S. 2667) has been included in the Senate version of the Farm Bill now being negotiated, and is well poised to become law in 2018, with the passage of the “must pass” bill. If passed, the bill would place federal regulatory authority of hemp solely with USDA and require State departments of agriculture to file their hemp program plans with USDA but allow them to regulate hemp cultivation per their State specific programs. In addition to defining hemp as cannabis that contains no more than 0.3% THC by dry weight, the bill asserts a ‘whole plant’ definition of hemp, including plant extracts; and would remove roadblocks to the rapidly growing hemp industry in the U.S., notably by authorizing and encouraging access to federal research funding for hemp, and remove restrictions on banking, water rights, and other regulatory roadblocks the hemp industry currently faces. The bill would also explicitly authorize crop insurance for hemp. The full text of the bill may be found at: https://www.votehemp.com/hempfarmingbill.

Vote Hemp is a national, single-issue, non-profit organization dedicated to the acceptance of and a free market for industrial hemp and to changes in current law to allow U.S. farmers to once again grow the agricultural crop. 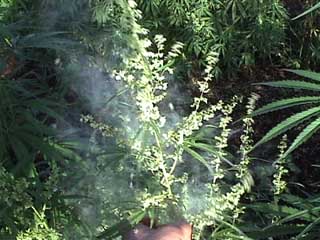 Less liver damage in boozers who use MJ