Malcolm Gladwell, whose latest best-seller is called “David and Goliath,” is incapable of writing anything as sharp as this riff from Agatha Christie’s autobiography:

“Only a year or two ago, standing on the mound at Nimrud, I watched the local bird-scarer, an old Arab with his handful of stones and his sling, defending the crops from the hordes of predatory birds. Seeing his accuracy of aim and the deadliness of his weapon, I suddenly realised for the first time that it was Goliath against whom the dice were loaded. David was in a superior position from the start —the man with a long-distance weapon against the man who had none. Not so much the little fellow against the big one, as brains versus brawn.”

People have begun to get wise to Gladwell. He hit the scene in 1997 with a big article in the New Yorker, “The Estrogen Question: How Wrong is Dr. Susan Love?”   Why, I asked a knowledgable friend, did the New Yorker publish a paean to hormone replacement therapy by a kid who knew nothing about medicine, let alone menopause. She replied: “He’s Jacob Weissberg’s roommate.”  (She assumed I knew that Jacob Weissberg was an editor at the New Republic, which was then a Triple-A farm club for the NYer.)
Susan Love, a distinguished clinician and UCLA professor, had been publicizing The Nurse’s Health Study finding that women taking Wyeth’s Prempro had a higher rate of breast cancer. Gladwell derided her warnings. His piece culminated in a plug for Eli Lilly’s new drug Raloxifene, which was about to be marketed as Evista. “Before very long,” wrote young Gladwell, “women worried about raising their breast-cancer risk will have the option of taking a different kind of hormone that doesn’t affect their breasts at all —or that may even protect against breast cancer.”

Raloxifene, Gladwell explained, represented “the next generation of HRT, the compounds known as serms (for ‘selective estrogen receptor modulators’).”  It was obvious that Eli Lilly, having made billions off its “selective serotonin reuptake inhibitor” anti-depressant Prozac, was reapplying the patter to its HRT drug. Gladwell scolded Love for not applauding the advent of serms: “You might think that it would be of enormous significance to Love, answering, as it does, her great worry about the potential side effects of HRT.” The lad’s tone was coolly condescending throughout. “What Love has done is recalculate the risk-benefit equation for estrogen,” he asserted, “which is fine, except that she consistently overstates the risks and understates the benefits.”

When the harmful effects of a product have been exposed by a study, step #1 is to cite other studies drawing favorable conclusions. To this end Gladwell quotes an epidemiologist named Trudy Bush: “I just reviewed the hormone/breast-cancer research from the last five years,” Gladwell quotes an epidemiologist named Trudy Bush: “I found four reports —two very large and well done— showing no effect, and I found another study showing that estrogen gave women significant protection against breast cancer. They’re all over the place.” Claiming that existing studies are inconclusive and that more research is needed sounds reasonable and usually gives the drug company 10 extra marketing years. In the case of Prempro, Wyeth only got five because the leaders of the Women’s Health Initiative had seen enough by 2002.

Step #2 is to attack the methodology of the revealing study. Gladwell faults the Nurses Health Study for “selection-bias problems. The estrogen users, for example, had fewer pregnancies, got their periods earlier, and have other differences with the control group which would lead you believe that they might have had a higher risk of breast cancer anyway. There is another possible complication: estrogen does such a good job of fighting heart disease that most women who are on HRT live substantially longer than women who aren’t.” (That’s Step #3, the Bold Inversion. Gladwell was probably spoon-fed by the same Lilly flack who reasoned that Prozac leads to suicide because it enables severely depressed people to overcome their lethargy.)

Step #4 is simply smearing the messenger. If a researcher’s professional credentials are unassailable, there’s always guilt by association. Just as Lilly (falsely) linked their foremost critic, Peter Breggin, MD, to the Scientologists, Gladwell puts Love in a vaguely disreputable “media-celebrity” category. “Her objection,” he writes, “is to the idea that postmenopausal women should rely on any sort of drug at all. This is where, sooner or later, you end up when you start down the path of people like Andrew Weil and Deepak Chopra and Susan Love.”

In a 2001 article by Gladwell extolling the anti-malarial effects of DDT, the woman who had gotten her science wrong was Rachel Carson. DDT, according to the man Gladwell touted as the great authority, “ought to be used as selectively as possible, to quell major outbreaks,” i.e., the present ban should be rescinded.

The massive, worldwide application of DDT had been promoted in the 1940s and ’50s by a Rockefeller Foundation functionary named Fred Soper who, according to Gladwell, “ranks as one of the unsung heroes of the twentieth century.” As it became clear that worldwide eradication was impractical ­because DDT-resistant mosquito strains had developed, Soper discounted all evidence of failure. Gladwell describes Soper losing his temper at one meeting in response to “talk that was impeding eradication —the doubting, the equivocation, the incompetence, the elevation of songbirds over human life.”

In 2002, as data from the Women’s Health Initiative confirmed that women taking HRT are more likely to get breast cancer, blogger Mickey Kaus quoted some of Gladwell’s putdowns of Love and asked if he stood by his NYer piece. Gladwell emailed: “i was waiting for someone to write that! okay, here’s my answer: kausfiles is quite right. i was wrong, and susan love ought to feel vindicated. this is the perilous–and, of course, fun– part of writing about medicine. every now and again, scientists discover something new that turns everything we all thought we understood upside down.”

This was a bizarre and revealing  response —as if what was at stake were Susan Love’s feelings, not the well-being of the women who started hormone replacement therapy or chose to stay on it thanks to his misleading New Yorker piece. Malcolm Gladwell, author of best-sellers, may know jack about science but he knows plenty about promoting ideas and products. If he regretted having advised women to take cancer-causing drugs, he should have seen to it that a retraction was widely disseminated instead of burying a comment on kausfiles, where it didn’t even warrant an item unto itself. And how about his “waiting” to be called out? Translation: “i was hoping no one would remember.”

Gladwell, a lightweight, is not entirely to blame for the damage his HRT article may have done. The New Yorker should not have run it in 1997 and had an obligation in 2002 to notify readers that their reporting on “the estrogen question” had been wrong. 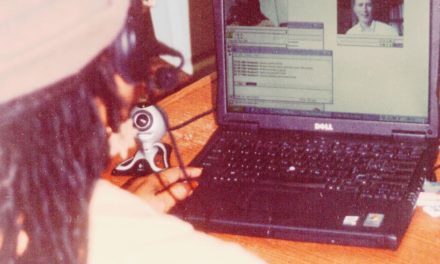