Dr. James Eisenberg never distributed O’Shaughnessy’s to his patients and we know nothing about his practice except —as reported in the WeHo News and elsewhere— that he charged $150 per visit. The day that news of Eisenberg’s indictment came down, the NY Times ran a piece about U.S. doctors’ prescribing practices that puts his case in perspective. Venality is the norm.

Dr. Alfred J. Tria is the chief of orthopedic surgery at St. Peter’s University Hospital, a 478-bed facility in New Brunswick, N.J., and to the medical technology company Smith & Nephew, his good word is worth a million bucks. Well, $940,857, to be precise.

That’s how much the company paid Dr. Tria in fees for promoting its products and training doctors in Asia to use them from 2009 to 2011, according to disclosures required by the state of Massachusetts, where Dr. Tria is licensed. In 2010, Dr. Tria earned $421,905 from private industry — more than any other Massachusetts-licensed physician that year.

Dr. Tria may be an outlier, but gifts and payments to physicians from drug and medical device companies have been rampant in medicine for decades. Over a two-and-a-half-year period, device and drug companies shelled out over $76 million just to physicians licensed in Massachusetts, according to a study published online this month in The New England Journal of Medicine. That amount does not include outlays of less than $50, which are exempt from disclosure.

The companies treat doctors to dinner, pay them to attend lectures, and underwrite conferences and continuing medical education courses. Asked whether such payments could pose a conflict of interest for physicians, Dr. Tria said, “It’s a legitimate concern.”

A spokesman for St. Peter’s said Dr. Tria had disclosed his financial relationships with industry to the hospital and refused to elaborate on the hospital’s policy.

Information about these sorts of payments to physicians is available for the first time now in a handful of states that have passed laws requiring corporations to disclose payments to health providers. Next year, the data should be available nationwide when the federal Physician Payment Sunshine Act goes into effect. Corporations were supposed to start collecting the information last year.

“For many decades, we had no information — these were closely held industry secrets,” said Susan Chimonas, of Columbia University, who has researched industry payments to physicians. “We are just starting to get a sense of how much money companies are spending on the marketing and consulting arrangements.”

The data will be a treasure trove for researchers. For patients, the question is what to make of this information and whether to seek it out when choosing a physician or making an important medical decision. Orthopedic surgeons, cardiologists and psychiatrists received the most lucrative payments, the new study found. Primary care physicians — such as internists and pediatricians — were least likely to receive payments.

In Massachusetts, companies are required only to broadly categorize the purpose of the payments, and nearly 90 percent of them were described as “compensation for bona fide services.” Dr. Aaron S. Kesselheim, an assistant professor at Harvard and the lead author of the new study, says that though the reported information can be vague, it can still be useful.

“It’s another piece of data for patients to examine as they consider treatment options,” he said. “If they go to an orthopedic surgeon who recommends a knee transplant, and they go to another who recommends watching and physical therapy, it might be interesting for the patient to wonder to what extent those two physicians have relationships with industry.”

The question may also be appropriate if a physician changes a patient’s prescription for no apparent reason, or prescribes a new or more expensive drug instead an older, tried-and-true alternative, said Dr. Joseph S. Ross, an internist and assistant professor of medicine at Yale.

“We know physicians are more likely to overprescribe or potentially prescribe inappropriately when they have a financial relationship with industry,” Dr. Ross said. His own research has found that many physicians do not think there is anything inappropriate about industry gifts as long as they’re not too lavish.

The size of the gift is not a determinant of its influence, experts say. Even a small gift can generate positive feelings and influence attitudes and behavior. “I don’t think doctors ever set out to make decisions that are not in the best interest of their patients,” said Dr. Deborah R. Korenstein, associate professor at Mount Sinai and a co-author of the study by Dr. Ross.

“But there are subconscious influences that people can’t control, and that’s why patients, and doctors, need to be concerned,” she said.

A paper Dr. Korenstein published in 2011 found that more than a dozen expert panels that developed national clinical practice guidelines for managing diabetes and high cholesterolwere dominated by physicians with financial conflicts of interest — that is, they were receiving payments from companies with an interest in how these diseases are managed.

Physicians often do not realize that they are being manipulated when drug companies offer to pay them consulting fees — for example, for listening to pharmaceutical representatives describe new medications and evaluating their performance. The real purpose “is just to get the doctor to listen to the reps over and over again,” said Dr. Adriane Fugh-Berman, director ofPharmedOut, a project at Georgetown University Medical Center that focuses on the influence of drug company marketing.

Dr. Fugh-Berman advises patients to avoid physicians who see drug reps and dispense samples. “Ask, ‘Could I have a tried-and-true drug?’ ‘Could I have a generic version?’ ”

Although many schools and hospitals have adopted new policies that guide interactions with industry, they exempt physicians who are not staff employees and do not restrict the doctors’ income. Tufts University Medical Center adopted a policy in 2010 that required physicians to get approval and review if they were paid more than $25,000 in a year by a private company. But a Tufts associate professor, Dr. Yoav Golan, an infectious disease specialist, was paid $340,754 by drug companies in 2011, including $100,000 from Forest Laboratories, $73,918 from Merck and $42,109 from Pfizer, according to disclosures filed in Massachusetts.

A Tufts spokeswoman, Julie Jette, said the payments were approved by the university. “The policy wasn’t intended to be a cap,” she said. Dr. Golan did not respond to an e-mail requesting comment.

Dr. Chimonas said she would encourage physicians and their professional groups “to think about how all the information that is coming out is going to be interpreted or understood by the public.”

“It’s so important for patients to be able to trust their physicians,” she said. 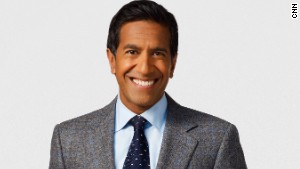