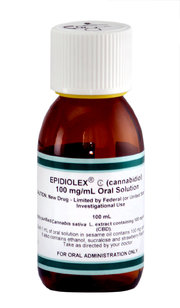 “Policy has outpaced science,” said Ziva Cooper, PhD, associate professor of clinical neurobiology at Columbia University, who recently published a placebo-controlled, double-blind study that suggested smoking cannabis might decrease the amount of opioid medication needed for pain relief. “Cannabis is a plant that is quite diverse. To say that cannabis as a whole is therapeutic is kind of misleading.”
But most manufacturers of cannabis-derived products, in some cases mom-and-pop operations, have neither the wherewithal nor the motivation to conduct clinical trials, and US scientists like Cooper who want to study the plant’s therapeutic potential face singular obstacles because of Drug Enforcement Agency (DEA) regulations. Cooper noted that only about 50 pages of the approximately 400 pages in The Health Effects of Cannabis and Cannabinoids, a 2017 National Academies report that she helped write, are devoted to therapeutic use.

It took a UK company, GW Pharmaceuticals, to usher Epidiolex through the FDA approval process, but it remains to be seen whether that will loosen restrictions on US scientists who want to study cannabis…
In 2010, the United Kingdom approved the company’s Sativex, a mouth spray that contains equal parts CBD and THC to treat MS-related spasticity. Absorbed through the lining of the mouth, Sativex does not make users high.
Sativex is now approved in 21 European countries, but GW had never sought FDA approval, although the company plans to discuss the drug with agency officials later this year, Gover said. While GW has published multiple placebo-controlled clinical trials of Sativex, none were conducted in the United States, which the company expects it will have to remedy to earn FDA approval, he said…

Parents Lobby for CBD
Lobbying by parents over the past few years spurred 17 states that had not legalized medical marijuana to specifically legalize the use of CBD oil by children with intractable epilepsy. Some of the laws are named for affected children, such as “Harper Grace’s Law” in Mississippi.
Orrin Devinsky, MD, director of the NYU Langone Comprehensive Epilepsy Center, said he understands why state legislators, confronted by desperate parents of children having multiple seizures daily, would want to legalize CBD. “It’s reasonable in the short-term, but it’s a terrible long-term policy,” Devinsky said. “We as a society need to do the scientific studies.”
Although some state CBD laws call for the collection of outcomes data and allow their public universities and medical schools to conduct research into the compound, little is known about the safety and effectiveness of the various products that claim to contain it.

On Scheduling
Although the majority of states have legalized medical marijuana and 8 have legalized recreational use, the DEA still classifies it as a Schedule I drug, defined by the 1970 Controlled Substances Act as a drug with a high potential for abuse and no accepted medical use. The DEA has licensed only 1 source of marijuana for research purposes, a University of Mississippi farm funded through a contract with the National Institute on Drug Abuse (NIDA).
The DEA has 90 days from the FDA’s approval of Epidiolex to decide how it will be scheduled. Gover said he expects Epidiolex to be classified as Schedule IV or Schedule V, similar to other epilepsy drugs, such as pregabalin (Lyrica) and lacosamide (Vimpat). At a conference call with analysts in August, Gover said GW expects to begin selling Epidiolex in the fall. The list price will be about $32 500 a year, said Julian Gangolli, GW president, North America.
Whether rescheduling 1 cannabis-derived product will have much of an impact on research into therapeutic uses of the plant depends on who is asked.
“This approval by the FDA for Epidiolex has catapulted this field forward because A, it’s a new indication; B, it’s CBD-based so it doesn’t have psychoactive effects; and C, it’s plant-derived and not synthetic,” Cooper said…
Daniele Piomelli, MD, PhD, director of the new Institute for the Study of Cannabis at the University of California (UC), Irvine, is not as optimistic as Cooper. “I think the whole situation is going to stay pretty much the same,” Piomelli said. While the DEA could even decide that Epidiolex is not a controlled substance, given that it has virtually no potential for abuse, the agency “will continue to crack down on the use of any other form of CBD, including the CBD coming from the plant and the CBD being used for research,” he said.
As a California-based scientist, Piomelli finds the tension between state law and federal law especially ironic, not to mention antiscience.

… When Piomelli gets cannabis from the DEA-approved farm in Mississippi,  “I have to account for every single milligram,” he said. “I have to treat this as if it is a dangerous compound. That is the absurdity of it all.”
Piomelli’s cannabis institute involves UC Irvine’s law school as well as its medical school. “We created it to have a place for not just high-quality scientific research … but also a place where that research could be made more relevant by interacting with legislators, by interacting with lawyers.”
Meanwhile, Piomelli said, studying cannabis “takes a lot more energy than it should. The energy should go to more productive endeavors. If anything, the government should ease [restrictions on] research in an area in which research is so urgently needed.” 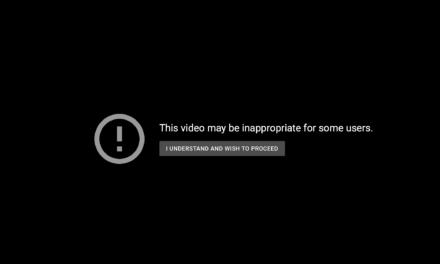