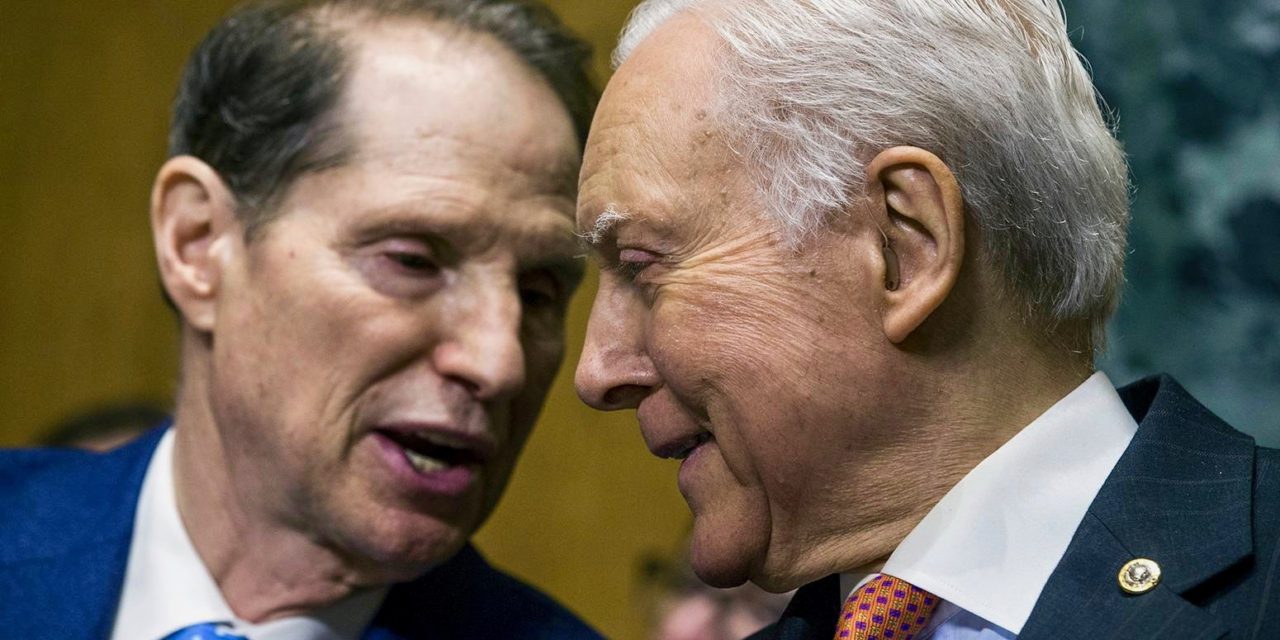 By O’Shaughnessy’s News Service    The Federation of State Medical Boards gets major funding from the pharmaceutical industry. An exposé by John Fauber of the Milwaukee Journal-Sentinel revealed that the FSMB was funded by manufacturers of synthetic opioids to push “model guidelines” that would ease restrictions on the prescribing of their drugs.

As of the 1990s, the prevailing wisdom was that opioids are highly addictive and should be prescribed only for cancer pain and short-term severe pain. But the makers of Oxycontin (Purdue Pharma), Duragesic (Johnson & Johnson) and Percocet (Endo) had begun funding studies that minimized the risk of addiction when their drugs were used to treat longterm, non-cancer pain such as back and neck pain.

By 2004 the Federation of State Medical Boards was pushing guidelines that encouraged a more lenient approach to opioid prescribing.  In 2012 John Fauber blew the whistle on them. The relevance of Fauber’s exposé to the current campaign against cannabis clinicians is striking. He wrote:

“The Federation of State Medical Boards, often develops guidelines that serve as the basis for model policies with the stated goal of improving medical practice —but after its guideline for the use of opioids to treat chronic pain patients was adopted as a model policy, it asked Purdue Pharmaceuticals for $100,000 to help pay for printing and distribution that policy to 700,000 practicing doctors.

“That $100,000 was just a small downpayment on the $3.1 million that the Federation’s foundation estimated it would cost for its campaign to get out the word about ‘safe’ use of opioid analgesics in treatment of chronic pain…

“Why the FSMB would turn to a pharmaceutical company to underwrite the cost of producing and distributing a book about its opioid prescribing policy —and why the FSMB undertook developing such a policy in the first place— is part of a much larger story that has unfolded over the last decade, culminating with the Centers for Disease Control and Prevention’s stark warning about spiraling risk of death from prescription painkillers.

“An FSMB spokesperson said there were many reasons for it to codify a position on the prescribing of opioids, and among those reasons was a project supported by the Robert Wood Johnson Foundation to seek some common ground in the treatment of chronic pain.

[Fauber had previously reported on the University of Wisconsin Pain & Policy Studies Group receiving $2.5 million from opioid manufacturers between 1999 and 2010, starting with a $693,000 grant from the Robert Wood Johnson Foundation in ’99.]

“The RWJ-funded project started with an advisory committee that recruited several pain experts who had ties to makers of opioids — a core group that included J. David Haddox, DDS, MD, then a member of the Purdue Pharma speakers’ bureau, who went on to become a Purdue employee. Purdue is the maker of OxyContin.

“FSMB’s involvement started with a guideline written in 1998, and then with its model policy, which was adopted in 2004. With that policy in hand, the FSMB decided to spread the word to the nation’s physicians by translating the policy into a book and it delegated that task to Scott Fishman, MD, a University of California Davis physician with extensive financial ties to pharmaceutical companies that market opioids.

“FSMB not only asked Purdue for money, it also reached out to a total of six opioid makers for money to produce and distribute “Responsible Opioid Prescribing: A Physician’s Guide,” but it won’t disclose how much each company contributed.

“In 2009 the University of Wisconsin School of Medicine and Public Health decided to offer an online CME course based on the FSMB book, and to fund the activity it sought and received a $119,000 grant from Endo Pharmaceuticals (one of the six companies that chipped in to pay for the book’s printing and distribution). As course reviewer, UW chose Aaron Gilson, PhD, a UW employee, who had been paid to help another opioid maker, Cephalon, with a new drug application to the FDA.”

Is the Robert Wood Johnson Foundation supporting the Federation of State Medical Boards in their push to constrict cannabis approvals?

We, the people, may learn more about the past relationship between the Federation of State Medical Boards and Big PhRMA if the Senate Finance Committee ever releases its report on “an investigation into financial ties between drug manufacturers and medical organizations that were setting guidelines for opioid use.”

That’s how the investigation was described in a blog by Paul D. Thacker, the aide to Senator Chuck Grassley who conducted it in 2012. The FSMB was one of the seven “medical organizations” Thacker checked out. The Senate Finance Committee is now led by Ron Wyden of Oregon and Orrin Hatch of Utah, and no longer employs Thacker, who had been urging Wyden to release the long-suppressed report of his investigation into Purdue, Endo, and J&J’s attempt to influence prescription policies. Wyden told Thacker that he would —and why would he not?

Wyden should also appoint some eager beaver from Oregon State to investigate the present funding of the Federation of State Medical Boards and other organizations lobbying to constrict the medical use of cannabis. Who is funding these neo-prohibitionist forays?

A serious investigation would be in order.

Senators Hatch and Wyden: Do your jobs and release the sealed opioids report