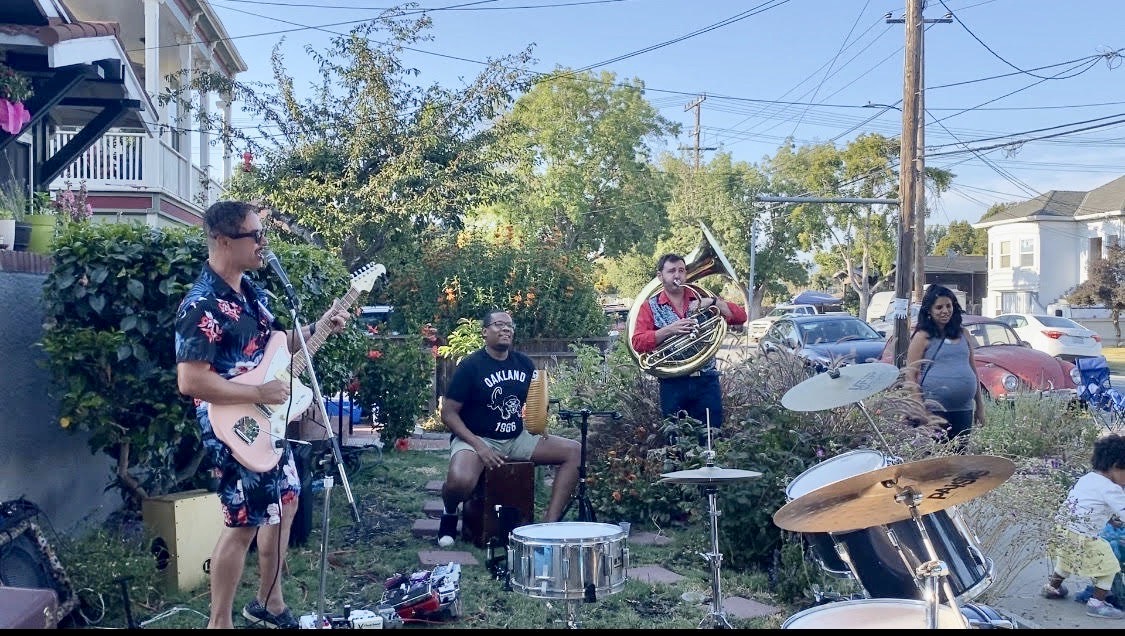 That was the question Camilo Landau posed to the mayor and other city officials in a July 28 email.  Landau wrote that his 10th wedding anniversary was two days away, he had applied for a permit to celebrate it with a “porch concert” in front of his house on 8th Street, and been turned down. “I am strongly considering holding the event without a permit,” he concluded, “since I feel my application was unfairly denied without explanation.”

Like all working musicians, Landau had been rendered gig-less last spring by the pandemic. He was fortunate to have a day job at Pandora; but he missed playing music for people, and he felt “the intense gloominess in the air.” So, as he recounted in his email to Ashcraft et al:

“I went onto my front porch and began to play my guitar as an expression and outlet of emotion during an oppressive time. Soon other neighbors began to join in, my neighbor across the street pulling out a drum, a neighbor from around the corner carrying over an upright bass. Over many weeks during the height of the pandemic this evolved into a ritual, an organic, spontaneous community event on Friday evenings.”

Realtor Elan Chertock is Landau’s neighbor who pulled out a drum to join him early on. He says the porch concerts created “a strong sense of camaraderie on the block. People brought folding chairs, food… It was wonderful to be playing and see parents dancing with their children in the street.”

There was almost no through traffic because the 1800 block of 8th street is framed by the tall berm that is the border of Jean Sweeney Park.  The houses are mostly single-family Craftsman-style bungalows owned by the people who live in them. Two duplexes and a triplex overlooking the park that are occupied by renters.

Our Own Private ‘Karen’

The pleasant ritual was put on hold when the days got short last fall. At the reopening in March ’21, Landau says, “The atmosphere was elated and hopeful after a dark winter. Right at 8:30 we stopped the music, and that’s when one very angry woman ran up to my door, yelling at me about the music and complaining that she could not watch her TV shows during the two hours that music was happening.”

When Landau said it was a community event, “She then ran around to others yelling at them and causing a scene. After that, every Friday without fail, she called the police to complain about music.”

The plaintiff was white, many of the concert participants were Black and Brown, and Landau pegged the woman as a racist after an APD officer told him that her complaints included, “This isn’t that kind of neighborhood,” and “What if someone got into a fight?” and “What if someone brought a gun?”

Landau says that the APD officers who responded “always told us that we were not doing anything illegal, and that they were forced to respond to all calls they receive. They vaguely cited a noise ordinance which sets a level of 75 decibels (an absurdly arbitrary and low bar)… but noted that the noise must be a nuisance, and when there are 75 people enjoying themselves and listening to the music it is difficult to call that noise a nuisance just because one person complained. Once they brought a decibel meter and measured us at barely reaching that low bar and asked us to continue.”

On Father’s Day an APD officer visited Landau at home, suggesting mediation with the complaining woman. According to Landau, he “did not cite any law that we were breaking, but vaguely implied that there could be some state misdemeanor citation, to which I replied, ‘Are you telling me that it is illegal to play music in California? Because that is not true.’ The officer concluded with the statement, ‘It’s a free country,’ to which I agreed and told him that I would continue to practice my freedom to play music, which I believe not only to be a First Amendment right, but also a human right.’”

And so last Friday, shortly after 6 pm, Landau plugged his guitar into an amp and —accompanied by percussionist Pierr Padilla and Luke Kirley on tuba— began playing a jazzy Afro-Caribbean number. Soon a saxophonist joined them, then Chertock on drums, then a man playing an African stringed instrument…  It turned into an open jam by professional musicians. Only the guitar was amped. To end the set, Landau serenaded his wife of 10 years, Jessica Xiomara Garcia, with a romantic song he had written for her when they were courting: “I love you more than tacos!”

Whether or not a complaint was called in, the APD did not come by that night. Landau says he hopes to get back the $125 he put down on the permit the city didn’t issue. And he intends to continue playing for his neighbors. 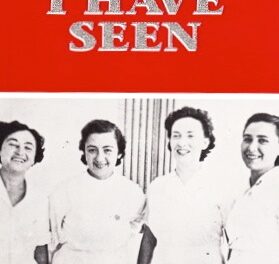