At the insistence of the committee, Sen. McGuire agreed to amend the bill so to take licensing out of the hands of the Department of Consumer Affairs, which was deemed unfit for the task (it’s unclear what agency will be given this responsibility —perhaps ABC or the Board of Equalization).   The bill, which would not regulate individual patients or caregivers, would take effect in 2018.

California NORML and other advocates, including ASA and Emerald Growers Assoc.,  voiced support for SB 643 on condition that it be amended to fix certain provisions that could pose an unreasonable burden on licensees (e.g.,  certain restrictions on transportation and employment of convicted MJ felons).     McGuire indicated that his office would work to fix these problems.   Patient advocates Lanette Davies and Kimberly Cargile spoke in opposition to the bill, arguing that it might unduly restrict patients’ rights, but said they would withdraw opposition if their concerns were addressed.

The committee’s seven Democrats voted unanimously in favor of the bill.  Republican Patricia Bates didn’t vote, but expressed cautious support for the concept.   Several members expressed concern about where the state would find funds for the new agency.   This looms as a potential stumbling block in the Senate Appropriations Committee.  Before then, SB 643 will be referred to a second committee after it’s decided what lead agency should regulate the industry instead of DCA.

The McGuire bill is the only medical marijuana regulation bill in the State Senate.  Two rival Assembly bills will be considered next April 28th by the Assembly Business and Professions Committee:  AB 266 by Asm. Ken Cooley (co-sponsored by law enforcement and the League of Cities) and AB 34 by Asm. Rob Bonta and Reggie Jones-Sawyer.  A new, amended version of AB 34 was released yesterday.    Text of AB 34. 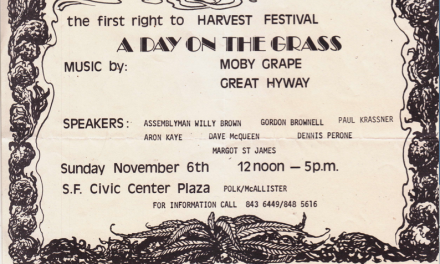