Banning the sale of sugar-sweetened beverages at UCSF resulted in belt-tightening by employees —literally. Such a ban was implemented from July 2015 to October 2016. A study in JAMA Internal Medicine October 28 analyzed the impact of the ban on 214 members of the workforce who regularly consumed sugar-sweetened drinks. Participants cut their average consumption almost in half —from about 35 ounces/day to 18/day. Mean waist circumference went down by 2.1 centimeters.

Senior author Laura Schmidt, a professor at the medical school, made some interesting comments to science writer Anahad O’Connor, who has been covering the sugar-consumption story for the New York Times:

“She pointed out that it costs the University of California healthcare plan more than $5,000 per year to cover someone with pre-diabetes compared with someone without it.

“Dr. Schmidt said that the policy was also an easy switch for UCSF’s beverage suppliers. Instead of stocking campus stores and cafeterias with Sprite and Coca-Cola, they filled them with mostly bottled water and low- or no-calorie beverages instead. ‘UCSF still has a contract with Coca-Cola and they still show up at the medical center in their big red truck, except now they unload Dasani water instead of Coke,” she added.

In my lifetime capitalism has made a commodity out of drinking water —a basic necessity of life, the provision of which by government was a basic part of the social contract, we assumed back in the day. Parks, playgrounds, schools, museums —all had functioning fountains,  as did office buildings and other private-sector venues such as movie theaters. Many are now dysfunctional or have been removed. People are supposed to buy their drinks. The corporate state reduces citizens to consumers.

During my 13-year stint at UCSF there was a water cooler down the hall that was supplied by a truck driver employed by Alhambra, not the city and county of San Francisco.  A four-gallon bottle was placed upside down on top of a dispenser with a spigot from which you filled a small paper cup. Gravity and a valve controlled the flow. The driver would come once a week with full bottles and to take away the empties. At one point c. 1990 Alhambra changed from a round four-gallon glass bottle to a squared-off five-gallon plastic bottle —harder work for the drivers that was not accompanied by a raise.

I once asked our delivery person the source of our bottled water, hoping to hear Mt. Shasta or some such pristine rural setting. He said Alhambra had a bottling plant near the airport and the bottles were filled with water from the tap. Which would have been okay if it was pure Hetch-Hetchy, but San Francisco had started adding chloramine to the water, which made it unfit for birds to drink (according to the knowledgable missus, who was raising Gouldian Finches). I hoped Act-Up would act up about chloramine in the water, but my suggestion went unheeded.

Now UCSF’s Dr. Schmidt is pleased that people are drinking Dasani water instead of Coca-Cola. But to 20th Century Fred, they —we— are paying $1.50 for something that should be free, and tossing another plastic bottle into the ocean.

In April I lost a close friend whose unnecessary stent had led to complications that led to unsuccessful surgery. My friend was an independent thinker but a compliant patient —one of thousands who had not suffered heart attacks but were sold stents and bypass procedures on the basis of exercise stress tests, supposedly to fend off future attacks. Now a major study shows that these interventions serve no protective purpose. As Gina Kolata reported  in the New York Times Nov. 16:

The findings of a large federal study on bypass surgeries and stents call into question the medical care provided to tens of thousands of heart disease patients with blocked coronary arteries, scientists reported at the annual meeting of the American Heart Association on Saturday.

With its size and rigorous design, the new study, called Ischemia, was intended to settle questions about the benefits of stents and bypass… The results will be incorporated into treatment guidelines…

The participants in Ischemia were not experiencing a heart attack, like Senator Bernie Sanders, nor did they have blockages of the left main coronary artery, two situations in which opening arteries with stents can be lifesaving. Instead, the patients had narrowed arteries that were discovered with exercise stress tests.

With 5,179 participants followed for a median of three and a half years, Ischemia is the largest trial to address the effect of opening blocked arteries in nonemergency situations and the first to include today’s powerful drug regimens.

The Centers for Disease Control and Prevention has identified a form of Vitamin E, tocopheryl-acetate, as the chemical that has caused serious lung damage to more than 2,000 US vape pen users and death to 39 as of November 5. According to a November 8 advisory on the CDC site:

Recent CDC laboratory testing of bronchoalveolar lavage (BAL) fluid samples (or samples of fluid collected from the lungs) from 29 patients with EVALI submitted to CDC from 10 states found vitamin E acetate in all of the BAL fluid samples.  Vitamin E acetate is used as an additive in the production of e-cigarette, or vaping, products. This is the first time that we have detected a potential chemical of concern in biologic samples from patients with these lung injuries.

CDC continues to recommend that people should not use e-cigarette, or vaping, products that contain THC, particularly from informal sources like friends, or family, or in-person or online dealers. We will continue to provide updates as more data become available.

On November 4 Leafly posted a lucid, well-researched piece by Marissa Wenzke and David Downs about the culprits. chemical and human. They explain:

Industrial chemical manufacturers have sold vitamin E oil for years, but only as an ingredient in hand lotions or gummy vitamins. So who turned tocopheryl-acetate into a wildly popular and potentially deadly vape cartridge additive?

Don’t expect the sad epidemic to come to an abrupt end, partly because of those “copycat products.” As the Leafly team note,

“Vape cartridge makers are continuously developing more novel additives, just as the makers of performance-enhancing drugs keep innovating to stay one step ahead of anti-doping agencies… With a few clicks, anyone can find images of the company’s logo online, print it out on stickers, and start selling re-labeled jars of vitamin E oil on Ebay. Chinese authorities have promised to start clamping down on supplies, but the product remains just a Google search away.”

Although many media outlets are now describing Vitamin E oil as the cause of vape-related lung damage, analytic labs have found significant pesticide and herbicide residues in cannabis oil (and flowers). Unscrupulous producers also use synthetic cannabinoids  like “Spice” instead of plant extracts in the oil they fill their vape cartridges with.

Although most of the EVALI patients reported having vaped THC, 11% “reported exclusive use of nicotine-containing products,” according to a CDC survey posted October 15. So e-cigarettes are not in the clear.

Although the coils and batteries of vape pens were not implicated in the EVALI epidemic, if cheaper versions with a less benign safety profile become available, unscrupulous ganjapreneurs will market them.

Leafly Profiles a Vietnam Vet
On Veterans Day Leafly ran interesting take by Alana Armstrong, a young Canadian journalist, “How Vietnam veterans expanded America’s cannabis strains.” The piece is based on interviews with a Vietnam vet named Bob Luciano, who tells her, “The reality was that it was able to prepare us for battle and all the unknown things… It enabled you to go into battle, complete your mission, talk about it, and then go back in to complete another mission.” This is an observation not often shared. Most GIs paired marijuana use with an anti-war outlook. But it’s a very versatile drug, restoring balance to many systems in the body.
Excerpts follow:

Typically, when a veteran displays signs of PTSD, anxiety, depression, and pain, government doctors put them on a combination of prescription medicines that some veterans ruefully call a combat cocktail.

“Let me Chew my Coca Leaves!” by Evo Morales ran in O’Shaughnessy’s Summer 2009. For the Indians of Bolivia, Morales’s 12 years as president has been like “the Reconstruction era” for Black people in the US —a brief period during which they  gained some economic and political standing. The heavily plastic-surged woman who declared herself president as the military took power pledged to restore the Bible to Bolivia. She looks like a Donald Trump ex.

Morales was ordered to resign by the head of Bolivia’s military, according to reliable Mark Weisbrot of the Center for Economic and Policy Research (CEPR), after weeks of protests and disputes over the October 20 elections.  The Organization of American States (OAS) had challenged the official results (even before they had been announced!) and Morales agreed to an OAS audit of the election. The audit found an “inexplicable” change in the trend as the votes had been counted, and on this basis called for new elections. But CEPR’s statistical analysis of the votes provided the explanation: those from rural areas that overwhelmingly favored Morales were counted later than those favoring his opponents.

Counterpunch provides the economic-determinist angle on the coup: Bolivia has huge lithium reserves.

The full-page mea culpa ad —which typically consists of corporate self-justification and promises to do better— has become a major source of revenue for the New York Times. The big-spending sinners in 2019 have included Juul, Purdue Pharma, and Johnson & Johnson. There  were several full-page ads from Bayer in response to juries finding that plaintiffs’ exposure to Roundup caused non-Hodgkins lymphoma. Typical text::

“Tested for 40 years. Approved for 40 years… Glyphosate-based herbicides, which include most Roundup products, are among the most rigorously studied products of their kind. Hundreds of studies submitted to regulators, peer-reviewed publications and ongoing review by regulatory and scientific  bodies  for more than 40  years support the safety of glyphosate-based products when used as labeled.”

Followed by a list of regulatory agencies that have approved the use of glyphosate. Too bad about the wipe-out of the Monarch butterflies. (Roundup destroys the milkweed that sustained them on their miraculous migration over the Midwest.)

On Thursday Oct 31, a Boeing full page ad on page 5 unctuously declared “Safety. Integrity. Quality. They’re the values guiding us to make the MAX one of the safest airplanes ever to fly.”

The ad was brought on by news stories such as “Boeing Max 37 Safety System was vetoed, Engineer Says”  (October 2). “Boeing CEO had warning before 2nd crash” ran October 10, followed the next day by “Boeing and F.A.A. Faulted in Damning Report on 737 Max Certification.”  (Boeing was found to have withheld information and misled the FAA (which has diminished capability). Before 346 people died in 737 Maxes that plunged uncontrollably down, Boeing was lobbying to eliminate the FAA’s vestiges of regulatory authority.

Housing Works, a non-profit founded in 1990 to find apartments in NYC for HIV+ homeless people, now has more than 100 employees. To block their attempt to join the Retail, Wholesale and Deparment Store Union, Rebecca Liebson reported in the Times Oct. 29, head honcho Charles King has hired “a lawyer who specializes in union avoidance.”  King “denies that he is anti-union. He says Housing Works has maintained the spirit of  community  through policies that encourage workers to share their ideas and concerns.”

Nice juxtaposition on page A19 November 1: “EPA Plans to Soften Rules to Help Coal-Fired Plants” across five columns and, in one column on three  decks: “Keystone Pipe Leaks Crude Into Wetland.”

As newspapers and magazines flounder, The London Review of Books has flourished by championing intellectual debate.

The condition isn’t just depressing. It can be deadly.

Loneliness affects physical health in two ways. First, it produces stress hormones that can lead to inflammation and other health problems. Second, people who are alone are less likely to go to doctor appointments, to take medicine or to exercise and eat a healthy diet. 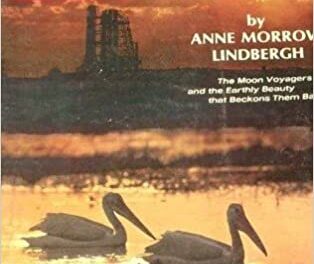