The news, as reported by Roni Karyn Rabin in the New York Times, is on the legal side of the story. Extensive excerpts are provided below.

The medical facts linking SSRI antidepressants to suicide have been known since the early ’90s —or  late ’80s, if we count episodes suppressed during clinical trials. Glaxo is being sued by a woman whose husband killed himself while on a generic Paxil not made by Glaxo (which no longer sells Paxil in the US). The plaintiff cites Glaxo’s original falsification of Paxil’s safety profile.

Cannabis clinicians and medical users take note: the psychiatric establishment that vastly exaggerates the dangers of cannabis vastly diminishes the dangers of pharmaceutical antidepressants. Rabin gets a quote from Peter (Listening to Prozac) Kramer rationalizing that SSRIs prevent more suicides than they induce!

Ms. Dolin soon became convinced that the drug her husband had started taking five days before his death — paroxetine, the generic form of Paxil — played a role in his suicide by triggering a side effect called akathisia, a state of acute physical and psychological agitation. Sufferers have described feeling as if they were “jumping out of their skin.”

The distress of akathisia may explain the heightened risk of suicide in some patients, some psychiatrists believe. The symptoms are so distressing, a drug company scientist wrote in the Journal of Psychopharmacology, that patients may feel “death is a welcome result.”

Ms. Dolin sued the original manufacturer of Paxil, GlaxoSmithKline, claiming the company had not sufficiently warned of the risks associated with the drug. In April, a jury awarded Ms. Dolin $3 million in damages…

Ms. Dolin’s lawsuit has lifted the curtain on data from early clinical trials of Paxil, renewing concerns that older adults, who use antidepressants in far greater numbers than young people, may also be at greater risk of self-harm when taking the drugs.

The documents indicate that several suicides and suicide attempts in early clinical trials that were attributed to patients on a placebo — and which made Paxil look safer by comparison — should not have been counted, and that an F.D.A. reviewer later told the company as much. Glaxo eventually reanalyzed its data, and in 2006 enhanced the warning on Paxil, cautioning that among adults of all ages with major depressive disorder, “the frequency of suicidal behavior was higher in patients treated with paroxetine compared with placebo” — 6.7 times higher.

But that label was replaced a year later, in June 2007, by the F.D.A.-mandated warning now carried on all antidepressants, which says only that the increased risk has been seen among people under age 25.

Some 325 million prescriptions for antidepressants were filled last year in the United States, including 15 million for Paxil and paroxetine, according to IMS Health, a health care information company.

But while one in 10 Americans aged 12 and older has filled an antidepressant prescription, one in seven adults aged 40 and over has done so, including nearly one in five middle-aged women, according to the National Center for Health Statistics.

Many psychiatrists say the benefits of antidepressants far outweigh the risks, even for younger patients, and that the drugs are highly effective and generally well tolerated. Several prominent experts have been critical of what they say is excessive attention to the dangers, which they say could potentially dissuade people who could benefit from treatment from accessing care.

The issue is complicated by the fact that depression and other mental illnesses can themselves lead to suicide.

“Antidepressants prevent more suicides than they cause, probably by a large multiple,” said Dr. Peter Kramer, a psychiatrist and clinical professor emeritus at Brown University and the author of several books about antidepressants, including “Listening to Prozac.”

Dr. Kramer, who was not involved in the Dolin litigation, said he urges patients to contact him right away if they have a bad reaction during the first weeks after starting treatment with the drugs — and especially in the first five days.“When I put people on medication for the first time, I say we’re going to be very cautious in the early going,” he said.

The prescribing information on antidepressants specifically warns that patients should be monitored for symptoms like anxiety, agitation, panic attacks, mania and akathisia. “There is concern that such symptoms may represent precursors to emerging suicidality,” the labels say, especially if they were “abrupt in onset” or “not part of the patient’s presenting symptoms.”

Akathisia is, by definition, a drug-induced syndrome. The word comes from Greek and means “not to sit,” referring to an inability to sit still. Akathisia is characterized by anxiety, restlessness and a compulsion to move or walk about; patients may pace back and forth, or fidget endlessly in their chairs.

It may develop when a patient, adult or younger, begins treatment, but it can also emerge when the dosage of the drug is increased, decreased or discontinued. Patients who have tolerated a drug in the past may develop akathisia when they start a new course of treatment, experts say.

Akathisia is a fairly common and well-known side effect of antipsychotic medications, commonly used to treat disorders like schizophrenia but increasingly given for a variety of mental health complaints, including depression. But the association with antidepressants is not as well recognized, experts say, and incidence rates are hard to pin down.

A group of psychopharmacologists who reviewed over 100 studies found the reported rate of what they broadly called “jitteriness/anxiety syndrome” — which they defined as a worsening of anxiety, agitation and irritability — ranged from 4 percent to 65 percent among patients initiating treatment with selective serotonin reuptake inhibitors, or S.S.R.I.s, the popular class of antidepressants to which Paxil belongs.

Psychiatrists linked S.S.R.I.-induced akathisia to suicidal behavior in a 1991 paper describing three patients who survived violent suicidal attempts — including jumping off the roofs of buildings and off a cliff — shortly after they had started fluoxetine or had the dose increased.

The patients were removed from the drug, but then agreed to try another course of treatment with fluoxetine under close observation. All three became extremely agitated and had a recurrence of suicidal thoughts…

Akathisia symptoms so closely resemble symptoms of anxiety and depression that it may be hard for a doctor to distinguish between the underlying illness and what could be a side effect of the drug used to treat it, said Dr. Joanna Gedzior, an assistant clinical professor of psychiatry at the Fresno Medical Education Program of the University of California, San Francisco.

If a doctor thinks the patient’s condition is deteriorating, he or she may increase the dose of the medication, which could be disastrous if the drug itself is causing the problem.

“We have to be very careful about this and ask, ‘Is it something I’m giving the patient that’s causing this?’” said Dr. Gedzior, who wrote a paper on akathisia.

Doctors at Southern Illinois University School of Medicine last year described the case of a 45-year-old man who developed akathisia just days after he was put on an antidepressant but was misdiagnosed as having panic attacks. When doctors doubled his dose, he attempted suicide.

The doctors warn that akathisia “can be one of the most ambiguous clinical diagnostic presentations in all of psychiatry” and is “often underdiagnosed or misdiagnosed.”

“We know that anxiety and akathisia create a sense of hopelessness, especially if the feelings are not validated,” Dr. Gedzior said, and hopelessness can lead to suicidal thoughts. The combination of akathisia, anxiety and depression puts patients at risk of suicide, she believes.

Explaining to patients that their emotional turmoil may be caused by a drug side effect can alleviate their distress, she said. Doctors can reduce the patient’s discomfort by discontinuing the drug, or adding another prescription, such as an anti-anxiety medication.

During the Dolin trial, a therapist testified that Mr. Dolin had called to schedule a same-day session on July 14, the day before his suicide. But Mr. Dolin was unable to sit still during their meeting, shifted nervously in his chair, and could not calm down.

The therapist was so worried that she called him at work the next day — the day of his suicide — to urge him to ask his doctor for anti-anxiety medication.

Ms. Dolin is convinced her husband was not suicidal until he developed akathisia as a side effect to paroxetine. Her husband was having “one of his best years ever,” she said. The couple were high school sweethearts who had been married for 36 years, and had adult children who were thriving and a large circle of friends. 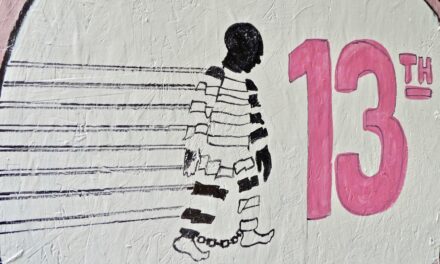 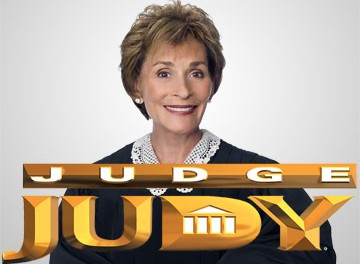