Note to the SCC, December 3, 2014.  The Center for the Study of Cannabis and Social Policy (CASP), a Seattle based not-for-profit think tank, has issued a remarkable paper by Sunil Aggarwal, MD, entitled “Health Scientist Blacklisting and the Meaning of Marijuana in the Oval Office in the Early 1970s.”

O’Shaughnessy’s covered some of the same ground in the 2008 Tod Mikuriya issue, and in this article, Nixon and the Shafer Commission Report.

The CASP piece is well-researched and extends the story, with recently uncovered info about the opportunist who informed on Tod back in 1967:

… Another former NIMH official, Tod Mikuriya, M.D. (b.1933-d. 2007, M.D., Temple University School of Medicine, 1962), went on to publish another landmark text: his edited collection Marijuana Medical Papers: 1839–1972. It consisted of many 19th and early 20th century classic clinical and scientific studies on cannabis that had been long-buried after the Anslinger reefer madness campaigns of the 1930s. Mikuriya’s book brought to light a body of medical knowledge that had been long-forgotten by physicians; he had excavated many of these papers while doing research at the National Library of Medicine during his own stint at NIMH from July to October 1967, when he was appointed as Consulting Research Psychiatrist for Non-Classified Marijuana Research in the Center for Narcotics and Drug Abuse Studies. While at NIMH, Mikuriya wrote a stunning white paper which even-handedly summed up the contemporary scientific understanding of marijuana use and recommended that NIMH take a position in favor of a national policy that emphasized a “psychosocial” approach as opposed to a “criminal” approach to its use and further recommended that marijuana be regulated by the FDA. Apparently, per Mikuriya, the institution was not interested in taking such as a stance at the time and was more interested in “spying” on hippie subcultures of marijuana use and, to quote Mikuriya, “developing a propaganda campaign.”

He was asked to resign from NIMH when higher-ups got wind from one Patrick H. Hughes, M.D. (b.1935- d.2010, B.A., M.D., University of Pittsburgh, 1960) that Mikuriya and several of his colleagues from the Center had split for consumption amongst themselves a one-kilogram batch of marijuana from California. Mikuriya noted that NIMH officials preferred that he leave quietly lest a much larger scandal unfold within their ranks. Interestingly, Hughes, who informed on Mikuriya, would go on to author papers focused on illicit drug exposés: surveys of substance use behaviors in medical students, residents, and physicians and papers promulgating the alarmist notion that certain forms of drug use spread through society as “contagions.” According to his paid-for death notice in the NYTimes, “as a professor at the University of Chicago, he went into the Chicago ghetto to understand heroine [sic] addiction and discovered “copping areas.””

The CASP report includes a revealing confession that Nixon aide John Ehrlichman made in 1992 —after he got out of prison— to the great journalist Dan Baum:

….“[L]ook, we understood we couldn’t make it illegal to be young or poor or black in the United States, but we could criminalize their common pleasure. We understood that drugs were not the health problem we were making them out to be, but it was such a perfect issue for the Nixon White House that we couldn’t resist it.”

…“[T]he Nixon campaign in 1968, and the Nixon White House after that, had two enemies: the antiwar Left, and black people. You understand what I’m saying? We knew we couldn’t make it illegal to be either against the war or black. But by getting the public to associate the hippies with marijuana and blacks with heroin, and then criminalizing both heavily, we could disrupt those communities. We could arrest their leaders, raid their homes, break up their meetings, and vilify them night after night on the evening news. Did we know we were lying about the drugs? Of course we did.”

Ehrlichman’s amazing confession was quoted in “Truth, Lies, and Audiotape” by Dan Baum (2012), collected in The Moment: Wild, Poignant, Life-changing Stories (Harper Perennial, 2012, ed. Larry Smith). Thanks to CASP for publishing this material. As Tod used to say, “It wasn’t just marijuana that got prohibited, it was the truth about history.” 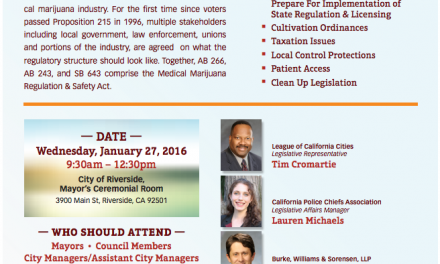