By Mike Hager in The Globe and Mail, October 9

Canadian doctors should use medical marijuana instead of frequently abused opioids to treat patients with neuropathic pain and a host of other conditions cannabis has been proven to combat, Vancouver-based HIV/AIDS researchers argue in a newly published editorial.

Thomas Kerr, Julio Montaner and Stephanie Lake of the B.C. Centre for Excellence in HIV/AIDS argue the Canadian Medical Association is holding pot to a higher standard than other pain-relieving pharmaceutical drugs and is ignoring high-quality, peer-reviewed studies on the use of cannabis. Their editorial is in the latest edition of the Journal of the Canadian Public Health Association.

Dr. Kerr, co-director of the centre’s Urban Health Research Initiative, said five recent randomized control trials and two systemic reviews have found marijuana helps relieve neuropathic pain. Yet many doctors are still loathe to prescribe a drug that has not been approved by Health Canada.

“The evidence supporting the therapeutic use of cannabis is actually much stronger than the use of other drugs that are used to treat the same conditions and it also seems, in many cases, that cannabis has a more favourable side-effect profile,” Dr. Kerr said.

He said opioids, such as oxycodone, hydromorphone and morphine, are increasingly being prescribed and have contributed to nearly half of all overdose deaths in the country. Canadians are the second-largest per capita consumer of opioids in the world.

“Opioids are killing people right now,” said Dr. Kerr, whose previous research helped prove the efficacy of Vancouver’s controversial supervised-injection site, known as Insite. “There is no association with cannabis and mortality, and yet North America is in the midst of, really, what is a public-health emergency associated to opioid overdose deaths.”

If doctors prescribed more marijuana to those with chronic pain, they may cut down on these deaths, said Dr. Kerr, citing research in the United States that showed such fatal overdoses dropped by 25 per cent in states that enacted medical pot laws.

He said medical pot has also been proven to relieve spasticity and “wasting” associated with HIV/AIDS, as well as nausea and vomiting caused by chemotherapy.

In a Supreme Court ruling this summer that enshrined a patient’s right to buy edible forms of the medicine from federally licensed growers, judges also accepted that cannabis has anti-inflammatory and anti-spasmodic properties. Stressing the danger it poses to young people and public health in general, the Conservatives have repeatedly gone to court to restrict patients’ use and production of the drug.

Medical marijuana is legal in Canada, but the federal Conservative government repeatedly says it is not an approved drug and it does not condone its use. The government notes the courts have required it to allow patients to access medical marijuana, which is now grown and distributed by a network of large-scale commercial producers.

While doctors can prescribe pot, most say they simply aren’t confident enough in their knowledge of the drug to safely recommend it to patients.

Charles Webb, head of the association representing B.C.’s doctors, agreed that medical marijuana may well help with those conditions described by Dr. Kerr, but he said many physicians will remain reticent to prescribe it until Health Canada comes out with guidelines on dosage, concentration and best practices for administering the drug.

Dr. Webb said he doesn’t believe cannabis is stigmatized by his profession. He notes his colleagues have no problem prescribing a synthetic marijuana drug named Nabilone, which is used to treat nausea for chemotherapy patients, because it has gone through all the regulatory hurdles.

“Let’s study, trial and come up with some answers in terms of how to work through this [cannabis] situation with [administering] inhaled, versus vaporized, versus oils, versus baked products,” said Dr. Webb.

Cindy Forbes, president of the Canadian Medical Association, declined an interview request, but issued a statement expressing doctors’ concerns that Health Canada has exempted the drug from the regulatory requirements that pharmaceuticals must face.

“The limited clinical evidence combined with very limited guidance for the therapeutic use of marijuana pose a challenge for physicians in providing the best care to patients,” Dr. Forbes wrote.

“Synthetic Marijuana” on Page 1 of the New York Times 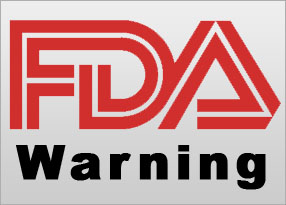 The Taming Role of NGOs