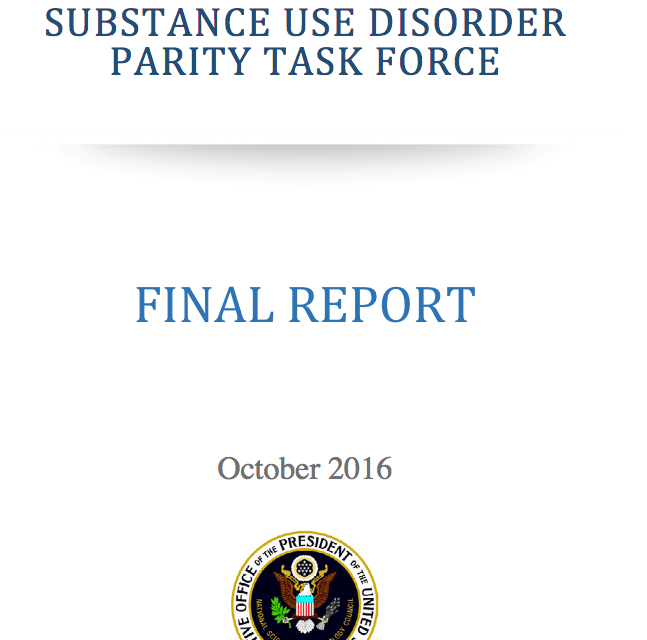 By Fred Gardner   For more than two decades US pharmaceutical companies have been pushing the federal government to enact and enforce laws requiring insurers to pay for treatment of mental disorders as unstintingly as they do for treating physical illnesses. Big PhRMA’s humble demand is “parity.” Their champion in the early Prozac Era was Tipper Gore, who held a press conference (funded by Eli Lilly) to announce that Depression cost the US economy $44 billion annually. In 2008 Congress passed and George W. Bush signed the Mental Health Parity & Addiction Equity Act (MHPAEA). But the insurance companies have found ways to avoid shelling out.

Earlier this year, in response to the opioid epidemic, President Obama appointed a task force to make sure that insurers are not skimping on payments to addiction specialists. The task force released a report Oct. 27 recommending that government inspectors conduct more audits of the wily insurers to enforce full compliance with MHPAEA.

How many US Americans are in need of mental health services? The report refers to

“the more than 40 million people – one in five American adults – who experienced some form of mental illness in the past year, and the over 20.2 million who had a substance use disorder. These protections are indirectly important for everyone, since over the course of their lifetimes, Americans face a 50 percent chance of needing behavioral health services.”

The wording is confusing. Does “some form of mental illness” affect more than 40 million adults in this country every year, or more than 40 million people, including children, millions of whom who are on synthetic antidepressants, stimulants, and antipsychotics?
Note also the slick use of “behavioral health” as a synonym for mental health.
Elsewhere the report states:

“Treatment rates increased for children comparing the post-MHPAEA era (2010 -2012) to a pre MHPAEA period (2003-2005). Rates of outpatient mental health care for children increased from 10.6 percent in 2003-2005 to 13.3 percent in 2010-2012. For those children with the most severe impairments, treatment rates rose from 35.5 percent to 44.6 percent, which is about a 26 percent change. The increases in care were spread across both pharmacotherapies and psycho-social treatments.”

Assuming the number of US children receiving “mental health care” has continued to rise at the same rate, the current level would be higher than one in seven. That’s five drugged kids in every classroom of 35.

You can read the task force report here. It includes a quote from Patrick Kennedy, the pathetic ex-Congressman and shill for Big PhRMA who co-founded Smarter Approaches to Marijuana.

A Nov. 8 New York Times story on the task force report is accompanied by a Hopper-like photo by Jessica Kourkounis of a room in which group therapy sessions are held. You can just feel the boredom. 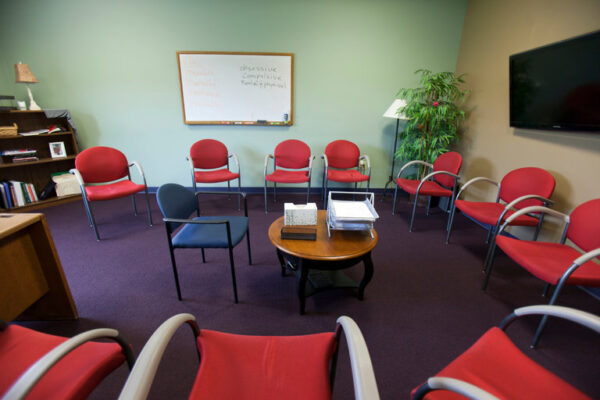