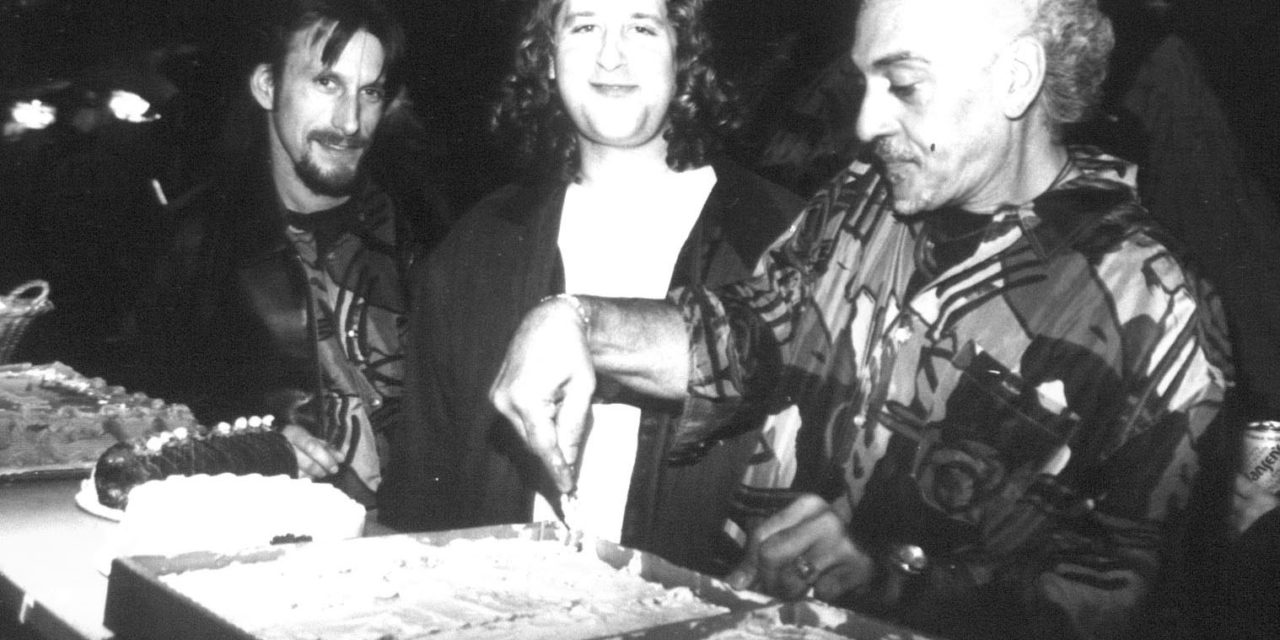 It’s Pride month, but we owe it to history to recall an embarrassing, tragic twist in the relationship between AIDS activism and the medical marijuana movement. Money from marijuana sales funded a disinformation campaign that led to hundreds of thousands of deaths.

By 1998, ACT-UP San Francisco was being led by a small group of men who refused to acknowledge that AIDS was caused by the Human Immunodeficiency Virus. They were desperate, militant, and not interested in treatment because they thought the virus wasn’t causing the epidemic. They cited a UC Berkeley molecular biologist, Professor Peter Duesberg, who contended that people were being killed by use of recreational drugs and AZT, an early FDA-approved treatment that turned out to not save lives (and had adverse effects).

Several leaders of ACT-UP San Francisco worked at Dennis Peron’s cannabis buyers club, and when the state and federal governments finally succeeded in closing him down in 1998 —as a nuisance!— these staffers knew how to run the operation and, most important, knew all the growers. They launched a club of their own further up Market Street —more a sales outlet than a place to socialize— and were soon bringing in $100,000/month. The money from marijuana sales at the ACT-UP club was used to fund a big denialist PR campaign, according to John James, founder/editor of The AIDS Treatment News. Denialist literature packets were dispatched to government agencies worldwide, and Thabo Mbeki, the president of South Africa, took the ACT-UP/Duesberg line seriously. The distribution of effective protease inhibitors in his country was delayed as a result.

The moral of the story is relevant to pot partisans today: Don’t totally turn your back on Western Medicine!   As Lester Grinspoon emailed us in reference to a video suggesting that cannabis concentrates can cure cancer:

“Many people are taking this notion of the cancer curative powers of cannabis uncritically and I believe that this is fraught with danger for patients and for medical marijuana.  Yes, the work of Guzman and others clearly demonstrates that cannabinoids can shrink tumor cells of some cancers and generally facilitate apoptosis.  But it has never been demonstrated that any cannabinoid can cure any cancer. While the effects that have been described are encouraging and suggest that eventually something may come of this approach to some cancers, patients who interpret them as suggesting that cannabis can cure their cancer and ignore the generally more difficult and uncomfortable allopathic approaches to those cancers (which, depending on the type of cancer and its stage), may, if they delay too long, miss the opportunity of a genuine cure or at least the prolongation of life.”

The July Scientific American includes a letter by Dr. John P. Moore, a renowned virologist, on the subject of AIDS denialists. Moore attributes an estimated 300,000 deaths worldwide to their influence. Asked for his  source, he explained in an email, “There were two articles published in the peer-reviewed literature sometime around 2005. One was from a group at Harvard Medical School and received fairly wide publicity at the time, the other was from Nicoli Nattrass of the U of Cape Town. Both were quite concordant in their estimates, which were made independently.”

“The AIDS denialists are still around,” according to Moore. “Their damaging effects have diminished in recent years, but many of them are now active in the ‘anti-vaxxer’ movement, peddling the lies that compromise vaccine uptake by a significant number of people, with adverse public health outcomes that are all too apparent.”

I asked Moore, “Was almost all the impact in South Africa? It seemed like the denialists made a lot of noise but didn’t deter people  from going on the protease inhibitors  when they became available in ’96.”

He replied: “it’s a highly complex and lengthy topic that can’t easily be summarized on an iPhone email from home. In the developed world the denialists did not affect national policies but did damage individuals who were persuaded to make very poor choices about their health or their children’s health. But in South Africa in the early 2000s the Mbeki administration was persuaded to take some catastrophic policy decisions on drug availability that led to those estimated 300,000 unnecessary deaths. Books on the topic include ones from Nicoli Nattrass, Seth Kalichman, Jon Kay and Michael Specter if a longer version appeals to your reading list.”