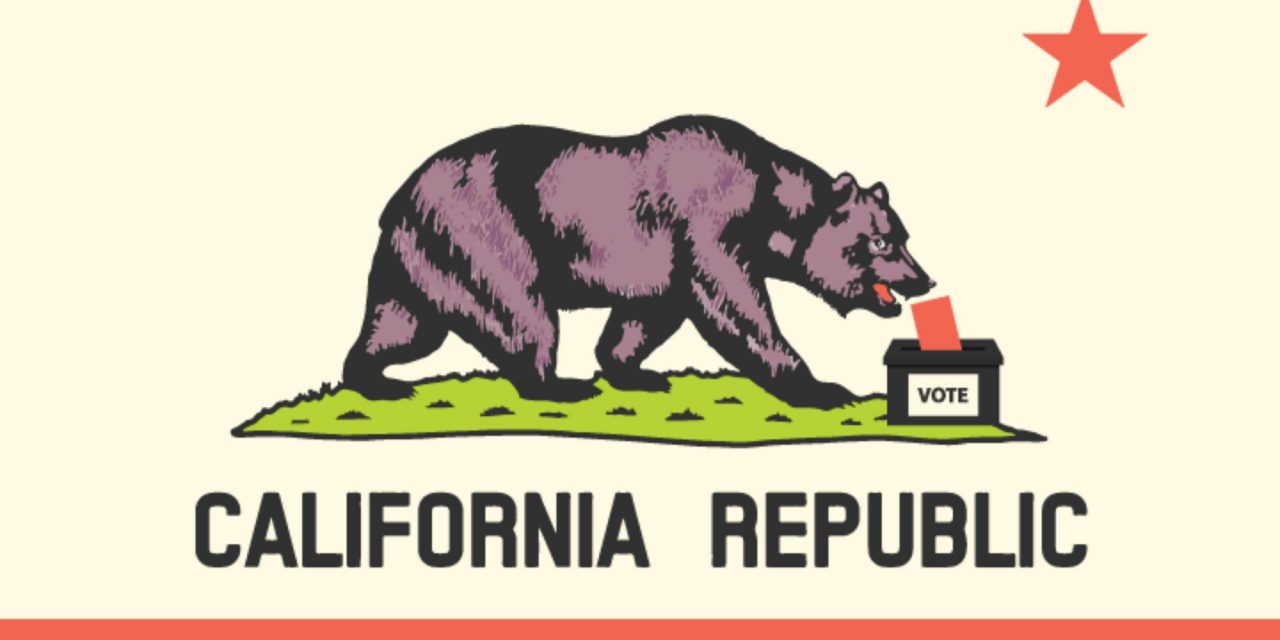 California’s Medical Cannabis Regulation and Safety Act has been passed by the legislature, signed by the governor, and the Administrative State needs until January 1, 2018 to implement it. Dale Gieringer of California NORML reports: “Regulatory costs due to MCRSA are estimated to run between $225 and $873 per pound, according to an economic analysis by the University of California Agricultural Issues Center.

“Over half of the costs are accounted for by testing requirements. This analysis doesn’t include taxes.  The Prop 64 cultivation tax comes to $148/pound —less than the estimated cost of testing.  The analysis also estimates that adult-use production will be 61.5% of the market, the medical use segment 9%, and the illegal segment 29.5%.” 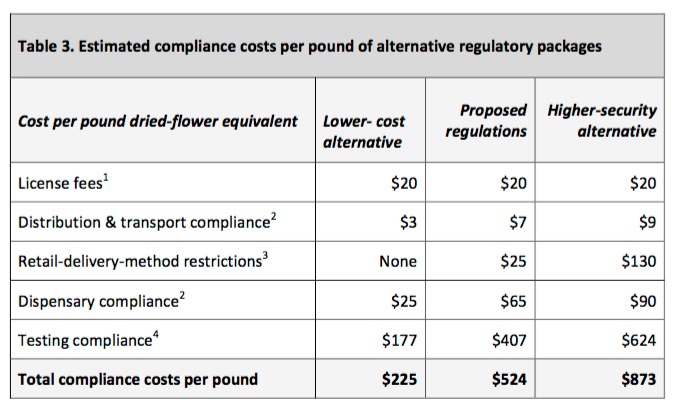 The >200 page analysis was prepared by UC Davis input/output economists for California’s Bureau of Marijuana Control. The very name of this new government entity reflects fear, ignorance and a police-state mentality. What California needs is Marijuana for Bureau Control.

When I was working for San Francisco District Attorney Terence Hallinan some 15 years ago, I went to the Grove St. offices of the Public Health Department to ask Josh Bamberger, MD, if his department would test the herb being sold in dispensaries for mold and toxins. This was about five years after Prop 215 passed and five years before Steve DeAngelo willed Steep Hill Lab into being. The answer was no, the Health Dept didn’t have the budget the personnel… It never dawned on me to suggest that testing could be a moneymaker for them. Nor did it dawn on me to try to involve the SFPD, which had a testing lab in Hunter’s Point. I had generally excellent relations with the cops I dealt with every day and Chief Fred Lau, then Heather Fong, but the narcs didn’t like me (it was mutual) and the lab was their turf.

When I told my friend Jeanne Lang this story about Hallinan’s efforts to involve the city and county of San Francisco’s Health Department in implementing Prop 215, she said, as if to her own surprise, “It never occurred to me that the government should be responsible for lab testing.”

Privatization is not just something that happened in the former Soviet Union. It has been happening in the US all these years and it’s inside everybody’s head. How did it become unthinkable for medical cannabis users to demand useful services in return for their tax dollars? Is everybody so grateful that “legalization” looms that they assent to a 15% tax on their medicine?

One month after Prop 215 passed, Hallinan went to Sacramento for an “Emergency All Zones Meeting” of all the Police Chiefs, Sheriffs and DAs that had been called by Attorney General Dan Lungren to explain his “narrow interpretation” of the law. (Which boiled down to ‘Keep arresting and prosecuting. If they use 215 as a defense we’ll hassle the doctor.’) Hallinan —the only elected official in the state who had supported Prop 215— stood up during the Q&A session to urge his colleagues to involve their departments of public health in implementing the new law. “Kayo” had been a boxer —fought Cassius Clay in an Olympic trial, if memory serves. Smoldering glares from 350 cops didn’t faze him. 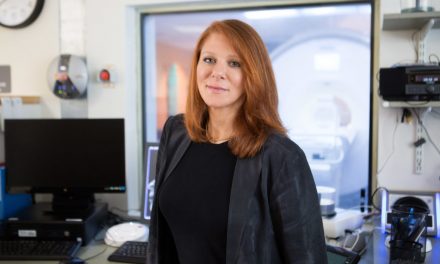