CBD did not improve cognition in Schizophrenia trial 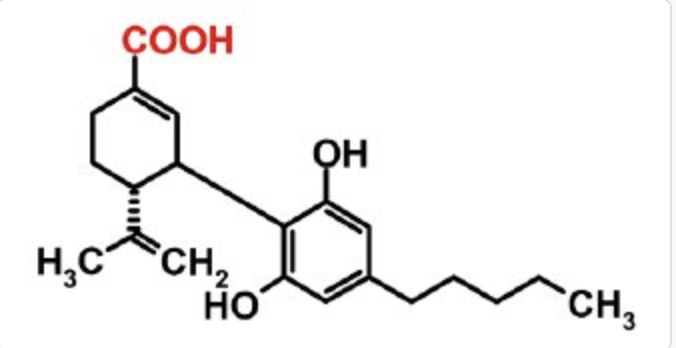 Psychiatrists at Yale Medical School have published a small study (36 patients) on CBD as a treatment for cognitive impairment associated with schizophrenia. The patients were given twice-daily  300-milligram doses of CBD provided by STI Pharmaceuticals (in addition to their anti-psychotic medication).  The treatment did not improve their scores on the MATRICS Consensus Cognitive Battery or ameliorate psychotic symptoms assessed by the Positive and Negative Syndrome Scale. Sedation was a common side effect. The good news is, “CBD was well tolerated with no worsening of mood, suicidality, or movement side effects.”

The Discussion by Boggs et al provided the broader context:

“… The fact that CBD treatment was not associated with a similar improvement could be related to the greater sedation (20% of subjects) observed with CBD as compared to placebo (5%). Although the presence/absence of sedation was noted in this study, the degree of sedation was not systematically quantified during cognitive testing and therefore not covaried for, which should be assessed in future studies. An alternative explanation is that CBD hampered the expected practice-related learning on the MCCB unrelated to its effects on sedation. This, however, is contrary to the expected effects of CBD based on preclinical and clinical data (Fagherazzi et al. 2012; Magen et al. 2010; Morgan et al. 2010) suggesting that CBD may have pro- cognitive effects. For instance, CBD has been shown to attenuate induced cognitive deficits both in mice (Magen et al. 2010; Murphy et al. 2017) and rats (Fagherazzi et al. 2012) and to enhance the expression of hippocampal brain-derived neurotropic factor (BDNF) and has been shown to have benefits in neurodegenerative conditions (Iuvone et al. 2009).

“Although limited, the existing preclinical and epidemiological data suggest that CBD may improve cognition. That CBD did not improve MCCB performance in this study, however, is consistent with data from other clinical trials with CBD in schizophrenia. For instance, Hallak et al. examined the effects of a single dose of CBD (600 mg, 300 mg, or placebo) on the STROOP color word task in a randomized study in patients with schizophrenia (Hallak et al. 2010) and found no benefits. Further, a recently published study of CBD (1000 mg) in schizophrenia over 6 weeks also failed to demonstrate cognitive benefits on the Brief Assessment of Cognition in Schizophrenia (BACS) (McGuire et al. 2017). Thus, the current data suggest that CBD at a wide range of doses tested does not have beneficial effects on cognition in schizophrenia.

“CBD did not improve psychotic symptoms in the subjects in our study. These results are in contrast to the published case reports (Zuardi et al. 2006; Zuardi et al. 1995), and the two published clinical trials in schizophrenia (Leweke et al. 2012)(McGuire et al. 2017). Leweke et al. found CBD (800 mg) to be as efficacious as amisulpride in reducing positive psychotic symptoms in 42 acutely decompensated patients with schizophrenia (Leweke et al. 2012). More recently, in a larger study in antipsychotic-treated outpatients with schizophrenia (n = 86), McGuire et al. found that CBD augmentation resulted in a small although statistically significant improvement in PANSS positive scores (1.5 points) with CBD compared to placebo (McGuire et al. 2017). However, our results are similar to a separate study also by Leweke et al. who tested the effects of the same dose (600 mg) of CBD in schizophrenia. At this dose, CBD only produced very small improvements in PANSS total scores (~ 2.4) that were not statistically significant (Leweke et al. 2014). Although, this dose (600 mg/day) has been shown to attenuate psychosis-like effects in acute laboratory studies (Bhattacharyya et al. 2010), it appears that a higher dose may be needed to produce beneficial effects on psychotic symptoms in schizophrenia.

“A second consideration worth discussing is the stage of illness being tested. Our study included patients with chronic schizophrenia unlike those studied in Leweke et al. who have also demonstrated that patients demonstrate alterations in endocannabinoid levels during early psychosis (Koethe et al. 2009; Leweke et al. 2012). Thus, it is possible that CBD may be even more effective during this critical period rather than in chronic schizophrenia and more studies are needed on the benefits of CBD earlier in the course of psychosis, perhaps even during the prodromal stage. This may be particularly relevant to CIAS. In our study, the mean age of participants was in their mid-to late-40s and mean illness duration was greater than 25 years similar to McGuire et al. 2017 (mean age 41 years) who also failed to demonstrate any benefits on CIAS in their study (McGuire et al. 2017). Interestingly, given the data that cannabis use during adolescence may be associated with a less cognitively severe form of schizophrenia (Yucel et al. 2012), more studies are needed to fully examine the endocannabinoid system as a potential target for the cognitive deficits of schizophrenia.

“Overall, subjects in our study tolerated CBD treatment well with no worsening of psychosis, mood, or suicidality.

“One subject in the CBD arm withdrew within the first 2 weeks due to sedation, and overall, more subjects reported sedation with CBD than placebo. These data are consistent with the previous studies with CBD, suggesting that CBD is well tolerated and not associated with significant motor side effects or laboratory abnormalities (Leweke et al. 2012; McGuire et al. 2017).

Thanks to Dr. Joe D. Goldstrich for forwarding. 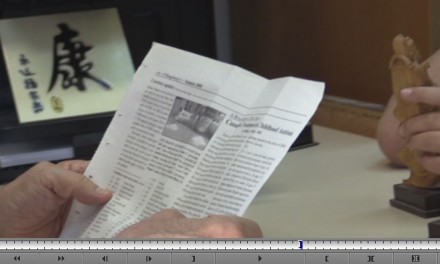