Coincidentally, a British pharmaceutical company and a Los Angeles physician both reported data this week documenting significant seizure reduction afforded by CBD (cannabidiol, a non-psychoactive component of the Cannabis plant) in the treatment of pediatric epilepsy. Unsurprisingly, the levels of effectiveness reported by GW Pharmaceuticals and Bonni Goldstein, MD, were quite similar.

Goldstein may be unique among medical cannabis specialists in that she is a pediatrician. This has made her the go-to doctor for many parents whose children have severe forms of epilepsy. “A seizing child doesn’t scare me,” she says matter-of-factly.

Goldstein graduated from the Robert Wood Johnson Medical School in New Jersey and did her internship, residency and Chief Residency at Childrens Hospital Los Angeles. She worked in Critical Care Transport and Pediatric Emergency Medicine for 12 years before focusing on Cannabis Therapeutics. She sees patients in an office in Lawndale (Los Angeles County) and is the director of Canna-Centers, which has five offices in California.

On June 10 Goldstein, speaking at a benefit for the Epilepsy Foundation of Greater Los Angeles, provided some statistics from her practice.

Goldstein had reviewed files of 93 intractable epilepsy patients under the age of 25 whom she had seen between August 2013 and April 2014. Twenty-two had not yet started CBD treatment; they were on a waiting list for oil extracted from “Charlotte’s Web,” a CBD-rich plant grown by the Stanley Brothers of Colorado and distributed by their non-profit, “Realm of Caring.”  The medicine was named for  Charlotte Figi, a little girl whose dramatic improvement after using it was depicted, unforgettably, in an August 2013 CNN special hosted by Sanjay Gupta, MD.

Charlotte Figi checks out the plant from which her medicine comes.

Realm of Caring California, run by Ray Mirzabegian, the father of an epilepsy patient, has been growing Charlotte’s Web plants since WHEN. To date (mid-June), RoC California has been able to supply 40 patients with medicine. Almost 1,000 are on his waiting list.

These patients had, on average, used 10 conventional anti-epilepsy drugs (AEDs) before trying CBD. Two had used AEDs but had been weaned off due to ineffectiveness.

Of the 12 patients using oil made from Charlotte’s Web, nine (75%) experienced seizure reduction. Two of the nine have been seizure free, as of this writing in mid-June, for 98 and 37 days respectively.

Of the 41 patients on ACDC oil, 31 reported seizure reduction (76%)  and two have been seizure free for 31 and 14 days respectively.

Of the 10 patients on other lab-tested oils, six (60%) reported seizure reduction. One had been seizure free two months until weaning off Onfi, a very powerful benzodiazepine.

Goldstein looked at blood tests showing how CBD was interacting with the conventional anti-epilepsy drugs patients were taking. In general, levels of Depakote and Felbamate were reduced, but in two patients the levels of these two drugs had increased.

The sole adverse side effect was drowsiness.

Eight of the 93 patients whose files Goldstein reviewed had discontinued treatment.

• Four discontinued due to adverse side effects. Of these, two had increased seizures, one experienced significant sedation, and one with Obsessive-Compulsive Disorder in addition to seizures had severe exacerbation of her OCD.

• Three discontinued due to prohibitive cost of CBD medicine.

* One discontinued after their neurologist reported them to the Department of Children’s Services. The family was instructed to use conventional anti-epilepsy drugs and to discontinue use of cannabis-based medicine.

Goldstein first reported her results June 9 at a Realm of Caring benefit dinner in Los Angeles. Although her data suggest that medicine made from plants similar or identical to Charlotte’s Web in terms of CBD-to-THC ratio can be equally effective, she is troubled by occasional instances of patients getting oil from sources other than Realm of Caring that contained less CBD than purported. She is impressed by the quality and consistency of  the Stanley Brothers’ product (50 milligrams per milliliter), and she lauds them for making it relatively affordable for her patients (five cents per milligram). Of under-rated importance, she says, is the support network organized by Paige Fiji and Heather Jackson for families of children with treatment-resistant epilepsies.

According to Cindy Mitchell of RoC California, “There are new patients being brought off the list monthly now, with plans to have enough CW™ to get everyone off the wait list by Spring 2015.”

A more detailed account of Dr. Goldstein’s procedures, findings, and observations will appear in the upcoming issue of O’Shaughnessy’s. 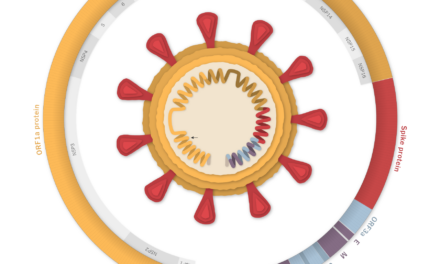 The Only Way to End the Pandemic