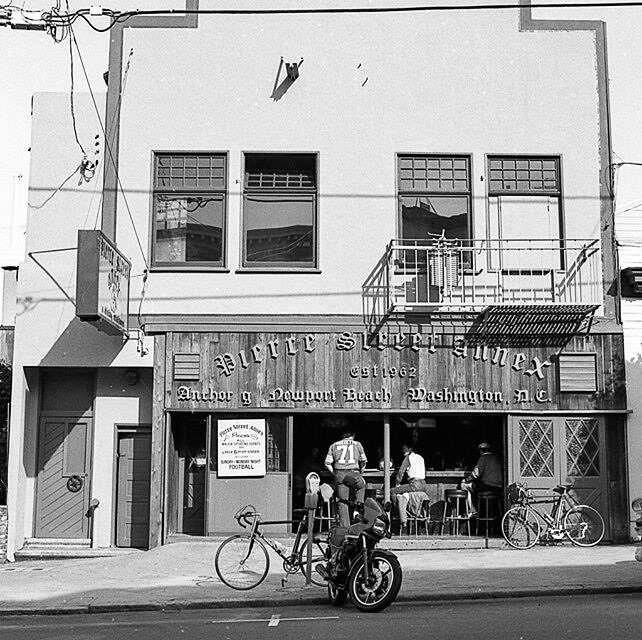 The Tran case had been on hold for more than three years when it finally went to trial in the fall of 2000. The corporate media used the occasion to remind readers that Terence Hallinan had caused the delay. “A high-profile 1996 murder case in which a judge disqualified the entire San Francisco District Attorney’s office after a series of public blunders by District Attorney Terence Hallinan will finally go to trial this week,” is how Rob Selna began a front-page story in the Daily Journal hedded “Tran Trial Begins.”

Cuong Tran had been the leader of the TL (for Tenderloin) Gang, a Vietnamese outfit that allegedly ran massage parlors, dealt coke and heroin. The TL Gang was in a fight for territory with a Chinese crew run by Man Leung Yu. The two leaders conferred on the night of November 15 at the Pierce Street Annex, a bar in the Marina District. When they failed to resolve their dispute, Yu allegedly signaled an ally, 17-year-old Lam Choi, to plug Tran as he left the bar.  Tran was shot in the back and died. Yu, Choi, and two associates were soon arrested.

Eight minutes earlier, at 1:28 a.m., according to witnesses, Dennis Natali, a 57-year-old lawyer,  had been shot in the back and died behind the wheel of his BMW, which was parked at Steiner and Post Streets. He had left his apartment a few hours earlier, telling his wife he had to meet a client in the Tenderloin.  Natali was an old and close friend of Terence Hallinan’s. Kayo described him as “a real tough guy from Stockton who worked his way up.”  (“Tough guy” was the ultimate accolade.)  He and Natali had been on the boxing team at UC Berkeley in the late 1950s. Natali, a welterweight, made second team All-American and won a Golden Gloves championship. He passed the bar in ’65 and built a successful practice, specializing in defending drug dealers until cocaine did him in. “He got too close to his clients,” is how Kayo put it.

Natali’s downward spiral resulted in malpractice suits against him and suspension of his license by the Bar Association in 1988. When he got it back in 1991 he seemed like a changed man. “His roving days were over, just like that!” Kayo marveled. Natali got married and rebuilt his practice. He became a fund-raiser for the Democratic Party and helped host events for Kayo —and Willie Brown and Nancy Pelosi, too.  He was a regular at Kayo’s house whenever there was a fight on TV.

At Natali’s funeral Kayo recalled him as “A man who got up time after time and fought his way back time and time again.” Mourners were told that donations should be made to the San Francisco District Attorney’s Youth Scholarship Boxing Fund.

Links between the killing of Tran and the killing of Natali were soon discerned by SFPD detectives and FBI agents who had been investigating the TL Gang.  A phone number on Natali’s pager led to the girlfriend of Lam Choi, the juvenile who allegedly gunned down Tran. Terence assigned the Tran case to SFDA’s ace homicide prosecutor, Al Giannini.

During jury selection, as recounted by Rob Selna, Superior Court Judge William Cahill “told panelists that the Tran and Natali slayings were not related. After 12 jurors were sworn in, but before alternates were chosen, the San Francisco Chronicle quoted Hallinan saying that he ‘believed the same people were involved in both [of the murders], but we haven’t been able to prove it.’

“Finding that the DA’s statements contradicted the court’s admonition to the jury and prejudiced the defendants’ right to a fair trial, Cahill ordered a mistrial. Hallinan later apologized to the judge, saying he was not aware that Cahill had told the jury the cases were not linked. Police investigated the cases together but never have proved that they are connected. They have yet to identify a suspect in Natali’s slaying.’

“Two weeks after Cahill ordered the mistrial, during a period when the judge was reviewing a defense motion to have the DA’s office removed from the case, Hallinan approached Cahill in chambers unannounced, asking the judge to approve a letter to the editor of the Chronicle because the DA ‘was getting killed in the press.’ Hallinan made the request even though Cahill had recently imposed an informal gag order.

“Following Hallinan’s visit, an exasperated Cahill recused the entire district attorney’s office. ‘His statements about a connection and his ex parte approach to the court are something a friend of a murder victim might do,’ Cahill said from the bench, ‘But for the district attorney to do the same thing is troubling, and there now exists a danger in this court’s mind of the parties [not] getting a fair trial.’

There was something Trump-like about Terence’s insistence on breaking the rules by talking directly to the media. Both Kayo and the Donald were molded into willful men by rich, powerful fathers. The difference was in the content —the veracity of their out-of-order comments. After Cahill’s ruling, Kayo told Selna, “The judge was lying to the jury because homicide detectives found 22 points of similarity in the two cases… I bet a dollar the judge never tried a murder case when he was a practicing lawyer.”

Hallinan would again apologize to Cahill, but he asked California Attorney General Bill Lockyer to appeal the recusal order. Lockyer wasn’t keen to take over the Tran case and challenged Cahill’s order, arguing that Hallinan’s friendship with Natali would not prevent Assistant DAs in San Francisco from prosecuting the case fairly. The state Supreme Court turned down the appeal in May 2000, and a Deputy Attorney General presented the Tran Case to a San Francisco grand jury in August.

Among the witnesses was Tran’s brother, an accountant, who said that Tran had phoned him a few hours before the murder and said Yu was threatening him. Tran told his brother that Dennis Natali was his “protector… very influential, well connected and high profile in San Francisco.” Tran’s brother and another witness testified that it was Natali who collected cash from massage parlors for Tran’s gang.

On the eve of the trial, Terence gave me a pep talk and acknowledged that he was irrepressible. “Your job is to protect him me from myself,” he said. He was pleased when Rob Selna reported, “Speaking through public information officer Fred Gardner, Hallinan said he would not comment on any pending cases.” I had developed three speeds on my No Comment.

The case settled just before jury selection began. Lam Choi, by then 21 and represented by Public Defender Jeff Adachi, was facing life; he pled guilty to voluntary manslaughter with the use of a firearm and settled for 17 years and four months. Yu pled guilty to charges of being an accessory to the shooting, burglary and heroin possession; he accepted an eight-year sentence. Given time served he would be out in a year and a half. Huang, who drove the getaway car, pled to an accessory charge with a five-year sentence, which meant he would be released soon. A  fourth TL Gang member who had been at the bar on the night Tran was killed got three years probation and was released immediately.

The media used the sentencing as the occasion for a last round of Kayo bashing. “Case that Pit Hallinan Against Cahill Settles” was the headline on the Recorder story. “What really steamed the judge,” wrote Dennis Opatrny two years after the episode, “was when Hallinan burst into his chambers without defense counsel present seeking his approval of a letter written to the San Franciso Chronicle about the case. Cahill called the top prosecutor’s action ‘totally inappropriate.'”

Asked why the SFPD and FBI investigators determined that the Tran and Natali murders were just coincidental, Kayo said, “Probably incompetence. There were plenty of links that they didn’t pursue.”  David Millstein, Kayo’s former Chief Assistant, suggests that the investigators probably despised Natali for getting, as Kayo put it, “too close to his clients,” and weren’t motivated to solve his murder. They never did.