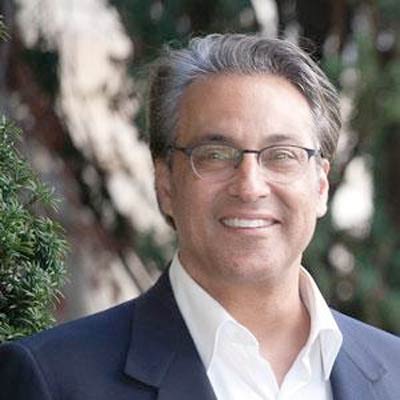 Ross Mirkarimi: I had been active in the environmental movement and a founding member of the Green Party. and in 1993 I helped draft legislation that Supervisor Kevin Shelley introduced to create a commission on the environment, followed by a deparrtment on the environment. Supervisor Hallinan was very supportive and I started talking to him about environmental initiatives, cleaning up Hunter’s Point, and other causes we both considered important. We enjoyed each other’s company, and he offered me a position as a legislative aide, which I accepted in the fall of 1994.

FG: Who else was on the board of supervisors at the time?

FG: What did you do as a legilsative aide?

RM: There’s a lot of very routine public-service duties —fielding constituent complaints and questions, attending countless community meetings, and preparing Terence for all the commitees he sat on. And I drafted legislation for Terence to consider. An important one that he set in motion was for campaign finance reform —a $500 limit per donation to politicians, which is still in place today. It was strongly opposed by the mayor, Frank Jordan [a former police chief] and his allies, who put an opposing initiative on the ballot.

I became an unofficial campaign director for the campaign-finance initiative. And we won! It was great. It helped build Terence’s reputation citywide as a legislator. He had a lot of name notoriety, and was familiar to a lot of people, but he wasn’t out there a lot beyond the circles he was comfortable with —labor union circles, cannabis circles. What we did was expand his reach into many communities and started talking about public safety, civil rights, LGBTQ rights and a more aggressive public-health response to the AIDS epidemic. We really began to knit together a movement. It was unscripted, but a movement where Terence was leading legislation and different communities were beginning to align themselves with his ideals.

His legislative wins, both at the Board of Supervisors and then at the ballot, were on major issues: campaign finance reform and decriminalizing marijuana, it was just wonderful to be part of. And it was during a very discombobulated time, because City Hall was undergoing a thorough retrofit, and the Board of Supervisors was temporarily relocated for two years across the street at the War Memorial building. I was the guy helped shuttle all the boxes for Terence between the two buildings. That was a lot of work.

FG: Got you in good shape.

RM: I was in very good shape in those days. I was a runner and doing triathalons, so I was in good shape, and I totally enjoyed what we were doing because Terence was totally the right guy to align myself with. So the fit was good and it felt like we could really do anything. We were inspired. And I was in on the conversations of what came next for him politically.

His intention was to challenge Frank Jordan, who was up for reelection as mayor. The discussions took place at Terence’s house on Graton Street and elsewhere, because it’s prohibited to have such discussions in City Hall. But then Willie Brown got into the race for mayor and Terence decided to run for district attorney, which made total sense to all of us. As DA he could reform the criminal justice system and advance cannabis legalization. He asked me to be his campaign manager and I took a leave of absence in July ’95.

We were running against Arlo Smith and Bill Fazio. Arlo was a three-term DA —aa moderate, well-established, with no scandals against him. We defined Terence as progressive —meaning he would take on the misguided wrongoings of the criminal justice system while improving public safety for everybody. The Chronicle unloaded heavily on him. Arlo did, too, but the Chronicle was relentless. Terence and Fazio had a thing, they wouldn’t go to war against each other unless they met in a run-off.

FG: Which they did.

RM: Yes, in December. Being campaign director in the first phase was exhausting and rewarding but we needed to fortify our operation, so John Shanley was brought on to help direct the runoff. It was a brutal campaign and the Chronicle was just… punishing, doing whatever they could to stop us. Not just news stories but editorials and above-the-fold healines. This was an amazing victory because we had just San Francisco’s first progressive district attorney.

FG: The nation’s first progressive DA. Terence told me that after he won, Diane Feinstein came up to him and said, “We’re never going to let that happen again.”

RM: I totally believe that. Feinstein has always had such a toxic reaction to progressives. So many of the ills that we had been trying to rectify —mass incaraceration, poverty, the decline of the working class and middle class— can be attributed to people like Diane Feinstein.

Anyway, back to Terence—it was just a great victory.

RM: Except for Dennis Peron’s Cannabis Buyers Club, they were still underground. In 1996 Terence was the only DA in the state to support Proposition 215, and that enabled more clubs to emerge, and of course they supported him wholeheartedly. By1999, when I ran his campaign for re-election, Terence and the dispensaries were politically and philosophically intertwined. Their relationship was symbiotic. I think the ascent of the medical cannabis community made him unstoppable.

FG: Who else had backed him in the first campaign?

RM: He had some support from George Zimmer but his main support was from the grass roots —small donations. The traditionally progressive unions might have given more, but ironically, they were limited by Terence’s campaign-finance-reform legislation.

FG: Was the ILWU among his supporters?

RM: Yes, enthusastically so. We held some good events at the Longshoreman’s Hall, where the walls were lined with Fillmore posters. I was really big on house parties, a fundraising technique I had used for the Green Party, and they became a a very good method, not just to raise money but for the campaign to get volunteers. Terence was really good! He’s charming, and when he spoke, he really zeroed in on what needed to be said and he was received extremely well. Sometimes Terence would get grumpy with me because I scheduled two on the same night, but he always rose to the occasion. He made a point of giving people a handshake or a hug, and he was sincere and genteel. The genteel side of him was in contrast to his rep as a really tough guy.

FG: Were there debates with Fazio?

RM: There were a number of debates and they were critical. Based on the negative mail hitting Terence from the Police Officers Association and Fazio’s other allies, claiming that Terence was a threat to public safety because he was a criminal defense attorney, we branded Fazio as another ArIo Smith. Thanks to the Chronicle, the campaign got pretty ugly. But our side won.

Not long after Terence won, Jesse Jackson came to the Hall of Justice and I escorted him through the metal detectors and up to the District Attorney’s office. Terence puts out his hand to shake, and Jesse literally kneels down on one knee and bows his head. I couldn’t believe it, there was something more than spiritual about it. I thought it was so cool.

FG: An odd gesture. What was he conveying?

RM: I think he was acknowledging Terence’s election as a breakthrough for the Rainbow Coalition, for people of color. It was a gesture of respect. I think he was recognizing an ally. And he was correct. Terence was always upfront and candid about what a disgrace the criminal justice system was to Black people.

FG: When did Terence decide to fire the 14 right-wing Assistant DAs? Were you in on that decision?

RM: I knew about it, but this one was not in my wheelhouse. I already preparing to enter the San Francisco Police Academy so that I could join the office as an invesigator.

FG: What was the Academy like? Had you been in the military?

RM: Yes, in the US Naval Reserves and Navy Intel. I was in good shape, very fit, and I was hungry to prove myself, and to reflect well on the Hallinan administration… And there were people at a high echelon in the police department who did not want me to succeed because I was proxy for Terence Hallinan. For appearances’ sake they had to treat everyone equally in the Police Academy, but it’s a paramilitary boot camp —one slip up and you’re out, and that happened to quite a few people. I had figured out you need to play the game to survive, but they weren’t going to let me survive. So I had to figure out a way to go on the offensive while playing the game. I decided to really stand out, so that if they kicked me out, it wouldn’t go unnoticed. So I became class president. And it really pissed them off that much more. But then I was on everybody’s radar and felt a little safer.

FG: How many people were in your class?

RM: Forty-something, and there was about a 20 percent rejection or drop-out rate.

FG: What was the racial composition of the class in ’96?

RM: Maybe 70% men, 30% women. There were several African-Americans and Latinos in the class. I was one of the oldest, almost in my mid-30s. Most everybody else was in their 20s. It was a good class, and I think we all bonded, mostly out of the need to survive. I really liked a lot of the people in that class. Terence came to the graduation, and so did Mayor Willie Brown. And I was up there on stage, delivering the commencement speech. I remember Terence being super proud of me.

FG: He was authentically proud of you and your accomplishments, but he was also proud of himself for choosing you. The glory reflected on him to some extent.

RM: I was his canary in a coal mine. That pressure on my shoulders was never lost on me. I wasn’t just surviving for myself, but I was also representing Terence. I had to succeed, and succeed in some big ways. Sometimes it was touch-and-go, but in the end I felt like “Mission Accomplished.” And it was great to be on stage and cut loose.

FG: And you were made an SFDA investigator right away?