“America first” is whose slogan?

• From an AP story forwarded by Joe D. Goldstrich, MD:

“…The University of California San Diego’s Center for Medicinal Cannabis Research announced Tuesday the Drug Enforcement Administration has OK’d its plans to import capsules containing two key cannabis compounds — CBD and THC — from British Columbia-based Tilray Inc . to study their effectiveness in treating tremors that afflict millions of people, especially those over 65.”

• From the CMCR webpage describing the Essential Tremor study to be conducted by Fatta Nahab, MD. Tilray is mentioned in the tag:

Researchers at University of California School of Medicine are preparing to launch a novel clinical trial to examine the safety, efficacy and pharmacological properties of cannabis as a potential treatment for adults with essential tremor (ET). Currently, ET is treated using repurposed medications originally developed for high blood pressure or seizures. Surgery is another option.

Scheduled for early 2019, the phase I/II trial will assess efficacy and tolerability of an oral cannabis formulation comprised of cannabidiol (CBD) and low-dose tetrahydrocannabinol (THC). This will be the first time this combination has been studied for treatment of ET.

CBD is a major chemical compound found in cannabis. It does not produce the effects of feeling “high,” which are caused by THC. Both CBD and THC are two of more than 100 cannabinoids in cannabis and both interact with the body’s endocannabinoid system, a network of neurotransmitters that regulate diverse physiological and cognitive processes and response to stress.

The double-blind, placebo-control, cross-over clinical trial will consist of 16 adult participants who have been diagnosed with ET by a movement disorder neurologist. All study participants will be gradually administered an oral cannabis formulation with a 20:1 ratio of CBD to THC. After completing a two-week period at the maximum target dose, participants will taper off, followed by a washout period before crossing over to the alternate study arm.

The trial will take approximately one year to complete.

Essential tremor is a nervous system disorder characterized by involuntary, rhythmic shaking of any part of the body, most notably the hands. It affects an estimated 10 million American adults, and is often confused with Parkinson’s disease. The condition can make routine tasks, such as drinking water or tying shoelaces, difficult. ET usually worsens over time and often becomes a common cause of embarrassment, social withdrawal, disability and loss of occupation for those with the disorder.

Cannabis is a Schedule 1 drug, as defined by the Drug Enforcement Administration, and availability for research purposes is strictly limited. The oral cannabis formulation for this study will be provided by Tilray, a Canada-based cannabis company.

• From a business site forwarded by Steve Robinson, MD. Tilray is the lede. 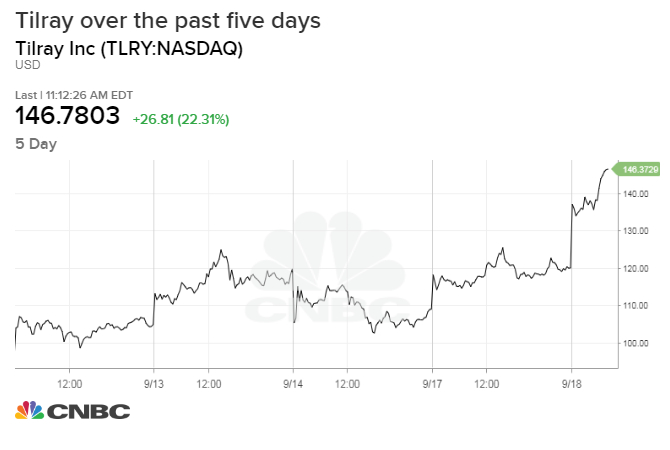 • Dale Gieringer foresaw the CMCR turning to Canada for cannabis in a report for O’Shaughnessy’s that will require a slight update before we go to the printer. (“Soon, Betty.”)

California extract makers vying for a piece of the research action can use “America First” as their slogan. For sure they’ll wave the Bear Flag (as we ourselves have been doing since Prop 215 passed in ’96): 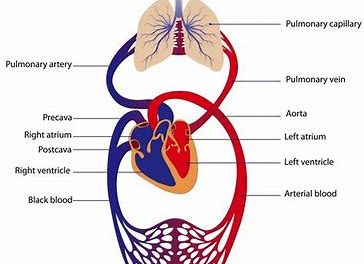