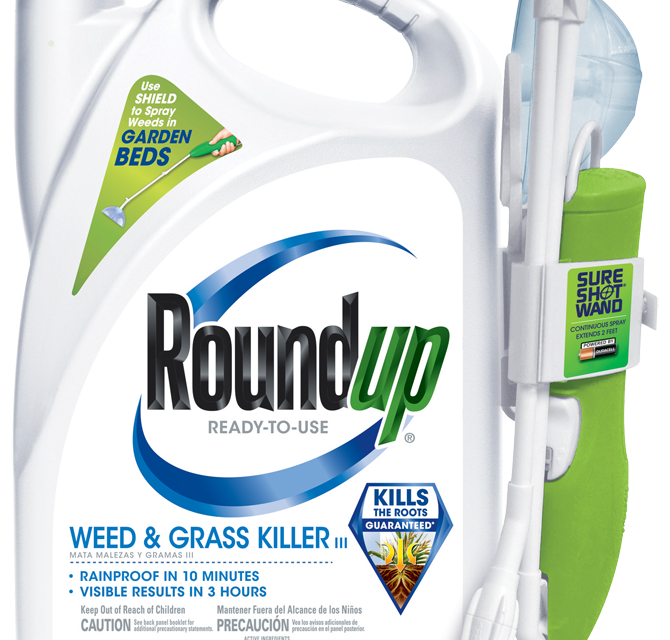 Opening arguments will be heard today —July 9, 2018— in a civil suit against Monsanto  by Dewayne “Lee” Johnson, a former groundskeeper for the Benicia Unified School District, who contends that his cancer —non-Hodgkin lymphoma, diagnosed in 2014— was caused by exposure to glyphosate, the active ingredient in the herbicide Roundup.  San Francisco Superior Court Judge Curtis Karnow denied a motion by Monsanto’s lawyers to exclude testimony from the plaintiff’s expert witnesses.

A Monsanto executive asserts: “More than 800 scientific studies, the U.S. EPA, the National Institutes of Health and regulators around the world have concluded that glyphosate is safe for use and does not cause cancer.”

But the International Agency for Research on Cancer —part of the World Health Organization— classified glyphosate as a “probable human carcinogen” in 2015.

Non-Hodgkin lymphoma is the type of cancer most commonly linked to Roundup. Monsanto is being sued by some 4,000 cancer patients (or their survivors) in various venues. More than  300 cases were consolidated and heard in San Francisco this spring by US District Judge Vince Chhabria.  Lawyers for the plaintiffs presented evidence that Monsanto execs have long known that glyphosate is a carcinogen. The company’s lawyers cited “more than 800 scientific studies” showing that Roundup is harmless “when used as directed.”  Chhabria has yet to issue a ruling.

California’s Office of Environmental Health Hazard Assessment categorized glyphosate as a carcinogen in 2017 and  ordered Monsanto to add a warning label. In February of this year, however, a federal judge in Sacramento negated the requirement based on Monsanto’s citation of “more than 800 scientific studies…”

Monsanto has profited hugely from sales of “Roundup ready” seeds,  genetically modified to survive the weedkiller. In California, more than 200 crops are grown from such seeds and routinely sprayed with glyphosate.