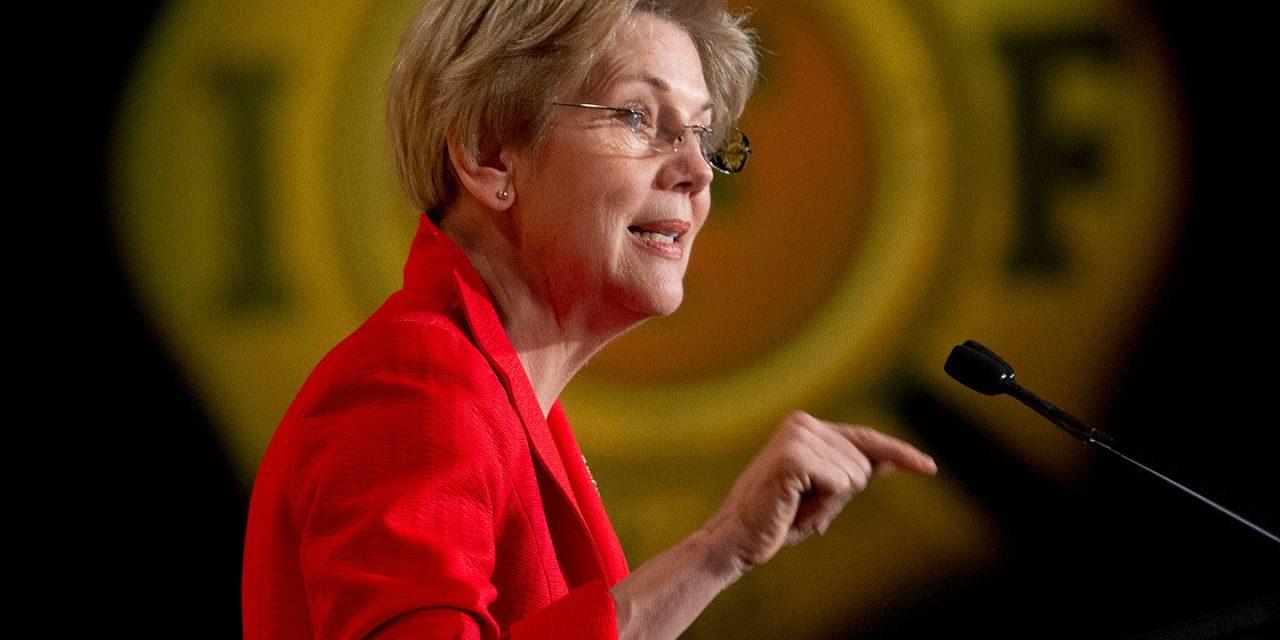 “The House will consider the 21st Century Cures Act, a bill that would commit billions of dollars to medical research while sending $1 billion to states to help combat heroin and painkiller addiction and recovery.

“But there’s a complication: Instead of cracking down on the pharmaceutical companies that fueled the boom in opioid abuse, lawmakers are rewarding the industry… Some 1,455 lobbyists acting on behalf of more than 400 companies and other organizations have lobbied on the legislation, according to the Center for Responsive Politics. Over the past year and a half, companies who disclosed they lobbied on the Cures Act spent half a billion dollars to influence Congress. The resulting bill is packed with politicians’ pet projects and sops to industry.”

A petition to Congress accompanied the following appeal from Massachusetts Senator Elizabeth Warren:

We need to invest in medical innovation in America—and Congress has spent years negotiating a pretty decent bill. But in the final days of this Congress, that 21st Century Cures bill has been hijacked by Big Pharma and big Republican donors. And the House of Representatives is likely voting on the bill tomorrow.

From the beginning, I’ve argued that that any “cures” bill must include substantial new funding for medical research (via the National Institutes of Health), or it’s not going to cure anything. Democrats and Republicans had agreed that a medical innovation bill would not go forward without substantially more money for NIH, but the Cures deal has only a tiny fig leaf of funding for NIH.

What does it do?

• Legalizes fraud: It’s against the law for drug companies to market drugs for uses not approved by the FDA. You can’t sell a headache pill as a cure for cancer. Drug companies have paid billions in penalties for “off-label marketing.” Instead of following the law, they’ve cozied up to Congress to have the Cures bill shoot holes in it.

• Covers up bribery: Currently, drug companies have to disclose the buckets of money, gifts, giveaways, and free trips they give doctors and hospitals as kickbacks to use certain drugs. Once again, drug companies cozied up to Congress to gut that disclosure rule, allowing any gift related to “medical education” to be exempt.

• Hands out special deals to GOP donors: A major Republican donor to Mitch McConnell’s Super PAC has big business plans to sell dangerous, unproven stem cell treatments before they have been approved by the FDA as safe and effective. Now that donor is collecting on his investment. The Cures bill creates a special deal so people can sell these treatments without meeting the FDA gold standards for protecting patient safety, undermining the integrity of the FDA and the safety of untold numbers of desperate patients.

There’s another scary thing hidden in this bill: For two years, Republicans have paid lip service to our nation’s opioid crisis while refusing to spend money on it. Now that Donald Trump has won the presidency, Republicans have agreed to set aside a few million dollars to address the crisis on the condition that the Trump administration will have complete control over the money once he takes office.

There’s more: Medicare cuts, making life harder for people with disabilities, raiding money from the Affordable Care Act, even a gun provision—but not even a 1% increase in funding for NIH.

Not everything in the bill is bad. Republicans have included some bipartisan, noncontroversial provisions in this bill—and have declared that all of those good ideas will die, today, unless we also agree to make it easier for giant drug companies to commit fraud, give out kickbacks, and put patients’ lives at risk. That’s not compromise. It’s extortion.

The report by Grim et al provides a thorough account of the 21st Century Cures Act was developed.