The F.D.A. has been sending warning letters to some companies, many of them selling hemp oil, saying that they are illegally marketing their products as drugs and that cannabidiol cannot be sold as a dietary supplement because it is being studied for use as a drug.

GW stock soared on the news, but the Times piece included quotes that might curb the enthusiasm of some investors. They’re from a parent who plans to stick with CBD-rich products being distributed without FDA approval

… Even if Epidiolex wins approval, some parents might stick with other products, either because they do not want to disrupt their child’s treatment or they prefer a fuller plant extract to the single ingredient in Epidio 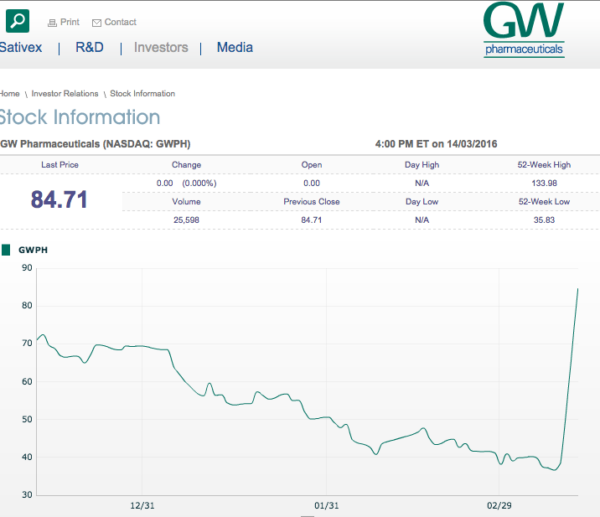 “My kid’s stable. I’m not touching it,” said Allison Ray Benavides, whose 6-year-old son, Robby, is using Charlotte’s Web, to which a little of the psychoactive component THC is added.

Robby used to have 15 to 25 seizures a day, even while taking the approved drug Depakote, and had to wear a helmet all day to protect his head from falls, said Ms. Ray Benavides, a medical social worker in San Diego.

Since starting on Charlotte’s Web more two years ago, while continuing with Depakote, he has had a total of only five seizures.

“I don’t need a double-blind placebo-controlled study to know something,” she said, while nonetheless welcoming the Epidiolex trial results.

Analysts expect Epidiolex to cost $2,500 to $5,000 a month, which would be more expensive than some of the medical marijuana products, which cost from about $100 to more than $1,000 per month. However, Epidiolex might be covered by insurance, unlike the other products.

For a more detailed account of GW’s long march towards FDA approval and  how the American people have been availing themselves of CBD-rich products in this era of quasi-legality, see “US Weighs Rescheduling a Molecule” in the new O’Shaughnessy’s 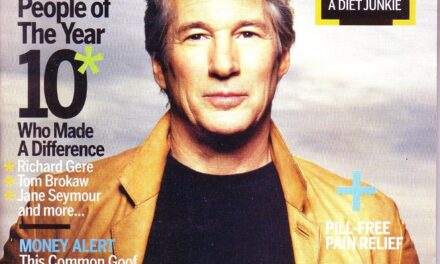