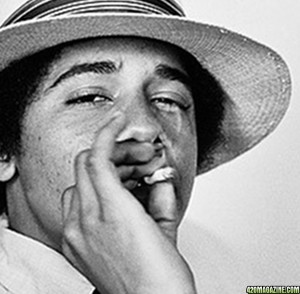 Lest anyone think that real change was achieved in 2014,  the U.S. Department of Justice reiterated its position on marijuana prohibition on the last day of the year.  Here’s the story by the ace reporter who covers the federal courts for the San Francisco Chronicle, Bob Egelko

Two weeks after President Obama signed legislation prohibiting federal interference with state medical marijuana laws, his administration has told a federal judge in Sacramento that pot is still a dangerous drug with no medical value.

The U.S. attorney’s office, representing Obama’s Justice Department, made the argument in a court filing Wednesday opposing a challenge to the long-standing federal law that classifies marijuana as a Schedule One drug along with heroin, LSD and ecstasy — substances that have a high potential for abuse and no safe medical use.

While there may be “some dispute among doctors as to whether marijuana is medicine,” there is ample evidence to support the government’s conclusion that “this psychoactive, addictive drug is not accepted as safe for medical use at this time, even with medical supervision,” Assistant U.S. Attorney Gregory Broderick wrote.

Lawyers for alleged marijuana growers countered that the government presented no credible evidence that marijuana carries the potential hazards of legal substances, like tobacco and alcohol, and that the administration’s position makes even less sense in light of the law Obama signed Dec. 16.

That law, part of an overall government financing bill for the year, bars the federal government from spending money to prevent California and 21 other states from “implementing their own state laws that authorize the use, distribution, possession or cultivation of medical marijuana.”

Congress can’t rationally “justify a finding that marijuana has no medical benefits while demanding that the distribution of medical marijuana be protected from federal government interference,” said Zenia Gilg, lawyer for one of seven defendants charged with growing marijuana on national forest land in Trinity and Tehama counties.

The written arguments come two months after a hearing ordered by U.S. District Judge Kimberly Mueller over prosecutors’ objections. She said defense lawyers had presented expert declarations showing “new scientific and medical information” raising questions about the continued classification of marijuana in Schedule One, which effectively outlaws its possession nationwide.

At the hearing, the defendants called doctors and researchers who asserted marijuana’s medical benefits and relative safety. The administration presented its own expert, a Harvard professor and former drug official in the George W. Bush administration who said pot is both addictive and dangerous.

In Wednesday’s filing, the Obama administration said a single expert’s testimony is enough to show the legally required “rational basis” for marijuana’s current classification. But Broderick, the government’s lawyer, also said that “most mainstream physicians agree that marijuana is a dangerous drug,” citing the American Psychiatric Association’s observation that pot use can have “serious side effects.”

Although some ingredients of marijuana have government-approved medicinal use, Broderick wrote, there are no adequate long-term studies attesting to the medical value or safety of marijuana. In fact, he said, “there is no standard, ‘medical’ marijuana,” and neither patients nor their doctors know which substances they’re ingesting.

Gilg argued that there are many such studies, but none the government will accept because it has refused to release federally approved marijuana supplies to independent researchers.

Bob Egelko is a staff writer for the San Francisco Chronicle, where this story was filed January 2.  E mail: begelko@sfchronicle.com Twitter: @egelko