In 1998, the International Cannabinoid Research Society held its annual symposium at a city in the South of France called La Grande Motte.

On the third and final day of the meeting, as a softspoken Hungarian professor named Tibor Wenger finished presenting a study indicating that anandamide stimulates release of the pituitary hormones via a yet-unknown CB receptor, an elderly man who had only just arrived rose to assert angrily that Wenger’s research was “based on totally false premises.”

A buzz of recognition went through the audience: this was Gabriel Nahas, a New York University anesthesiologist who had spent most of his career trying to prove and publicize the health hazards of marijuana. “Nancy Reagan’s favorite scientist,” whispered John McPartland. “Every time something comes out about why marijuana works, Nahas is there to refute it.”

Nahas was scheduled to give a paper on the unsuitability of THC as an adjunct to anesthesia. But when he got to the lectern he said that he had more important findings to share. Having just spent three months reviewing the literature, he had come to inform his colleagues that their recent discoveries were all wrong, right down to their nomenclature.

“THC does not interact directly with neurotransmitters or neuromodulators,” said Nahas, “but acts directly on cell membranes in the manner of an anesthetic to alter their response.”  He said that THC “deregulates” the signals that are constantly being regulated by arachidonyl ethanolamine. (Nahas would not use the name “anandamide.”)

Raphael Mechoulam rose to restate the evidence for cannabinoids functioning as neurotransmitters. “It is not just a membrane effect,” he said. “There is an interplay of effects on the receptor and membrane.”  This drew a brief outburst of applause, rare at scientific conferences.

Nahas repeated that the evidence was all in the literature and cited studies done in the 1970s. As Mechoulam was asking “What receptor is it that you illustrate in your slide there?” the chair of the session, UCLA pulmonologist Donald Tashkin, said that “in the interests of time,” the discussion should be continued elsewhere.

During the break Mechoulam noticed Nahas sitting by himself at a coffee table in the spacious room where the posters were on display. Mechoulam sat down next to him. His intention was not to argue.

“The field moves on,” Mechoulam said in a soothing voice. “We’re old men coming to the end of our careers. These young people will soon know much more than we even suspect…”  Far from treating Nahas as a scientific rival or political foe, Mechoulam was responding to the anguish he had oberved. “A real therapist,” I thought. But Nahas would have none of it. He whipped out a notebook and started illustrating his points for Mechoulam, punching the pad emphatically with his pencil, insisting that THC operates through a “direct effect on cell membranes that deregulates cell function!”

When the final session began —the  topic was “Therapeutic Potential”— Nahas did not return to the auditorium.  He sat for a long while with his wife, a beautiful woman who was obviously devoted to him, on a bench in the lobby of the conference hall, while Aidan Hampson and Vincenzo DiMarzo delivered the most promising talks of the conference.

Hampson, who got his PhD from UCSF in 1996  and had been working at the National Institutes of Health in Bethesda, with THC and cannabidiol (CBD) , a plant cannabinoid that doesn’t bind to the CB1 receptors and has no psychoactive effects. (Growers have long been breeding for high THC and low CBD content. California sinsemilla, for example, may be 20% THC and .01% CBD.) Hampson and co-workers in Bethesda showed that both THC and CBD, administered to rats after they’d been exposed to toxic levels of a neurotransmitter called glutamate, significantly reduced the resulting brain damage. The fact that CBD had the same effect as THC suggests that the protective mechanism does not involve the CB1 receptors. When the rats were treated with an antagonist drug, the neuroprotection provided by THC and CBD did not diminish —further proof that they weren’t functioning at the receptor level. Hampson et al found that THC and CBD had an antioxidant effect 20-to-30% greater than that of Vitamins C and E. (Antioxidants are capable of soaking up the “free radicals” that kill brain cells.)

Equally promising was the talk by Di Marzo of the Instituto per la Chimica di Molecole di Interesse Biologico in Naples entitled “Anandamide Potently and Selectively Inhibits Human Breast Cancer Cell Proliferation Through Interference With Endogenous Prolactin Action.” (Prolactin is a hormone that stimulates lactation.)  Di Marzo’s group found that anandamide slowed the growth of three different lines of human breast cancer cells in vitro. They could not get the same anti-proliferative effect when they tried anandamide on several other non-mammary tumor cell lines. They established that the effect was not due to toxicity but to a receptor-mediated blockade of the prolactin receptor. The presence of the enzyme responsible for breaking down anandamide within the cancer cells implied “that the endogenous cannabinoid may act as a local inhibitory signal for human breast-cancer-cell proliferation.”

I interviewed Nahas a few days after the ICRS meeting at his flat in Paris, which overlooked the Musee d’Orsay.  Mme Nahas insisted that we drink the two bottles of fine champagne she had bought to celebrate the birth of a grandchild they were flying off that evening to see (in Poland, where she came from). Nahas was not made merrier. He described growing up in Alexandria, Egypt. His beloved father was Lebanese, his mother French. He shared a vivid memory of his father pointing disapprovingly towards some unemployed men smoking on a bridge  and explaining that hashish had done them in. Then he segued to the present. “The endogenous cannabinoid neurotransmitter system is an ego trip on the part of Raphael Mechoulam,” he declared bitterly.  And he reiterated that “anandamide” was an unacceptable name for the alleged neurotransmitter: “Bliss has nothing to do with it! Nothing.”

Nahas could not let go of his unrequited rivalry with Mechoulam. Personal competition, the race to be The One who makes the scientific discovery —as if most discoveries aren’t produced by entourage— seemed to have corroded his soul. His father’s words were still blocking his bliss receptors.

I thought Nahas had revealed to me the “Rosebud” moment of his childhood when he described his father’s warning about the men ruined by hashish. But the anecdote appears in Nahas’s obituary in the New York Times by Douglas Martin, and it was probably part of the stock narrative that he told everyone with a notebook and a pencil. McPartland’s comment about Nahas being Nancy Reagan’s favorite scientist, though news to me, was also common knowledge, as reflected in the photo, credited to The White House, that accompanied the Times obit. —Fred Gardner 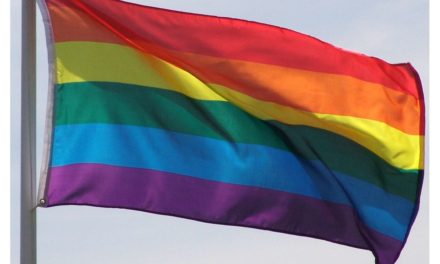 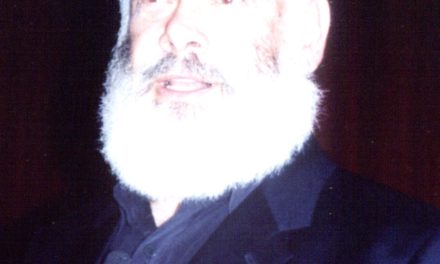