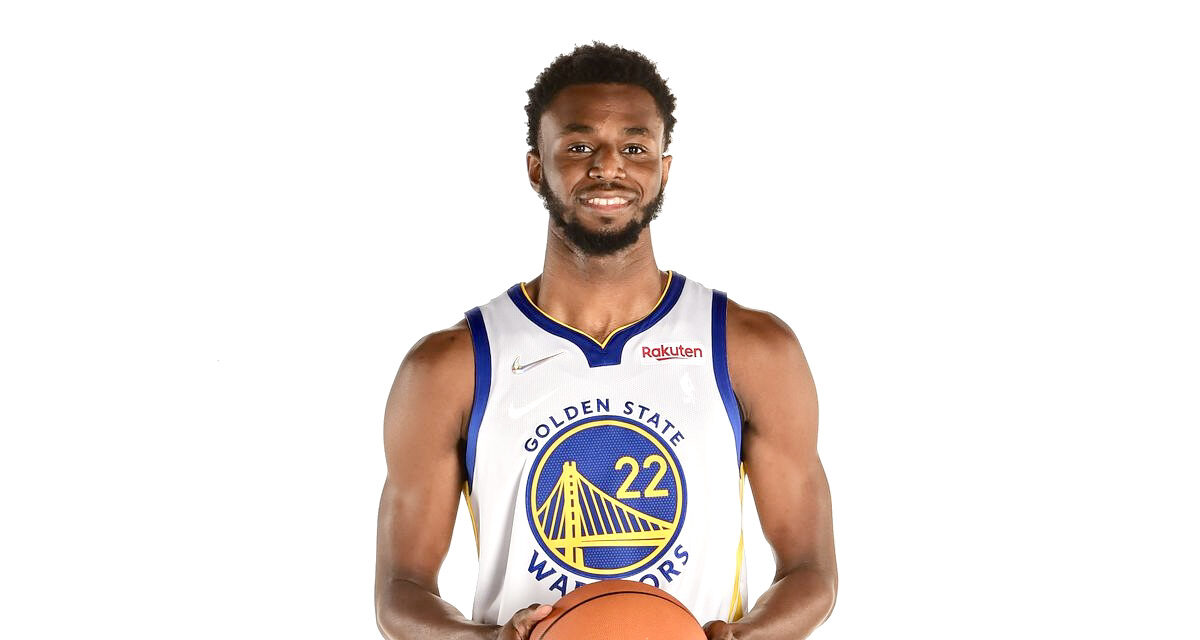 Andrew Wiggins, 26, the Golden State Warriors smooth small forward, had a plausible reason to fear getting vaccinated. He’d once had an allergic reaction to Tylenol so severe that he started carrying an Epipen. Presumably this was known to the Warriors front office, along with the fact that Wiggins had already recovered from a case of Covid-19 when he reported to training camp in late September.

With little real news to report (Wiseman rehabbing on schedule, etc.), the media made Wiggins’s vaccine status their focus of attention. He was criticized and mocked every day by sportswriters who aggressively “believe in Science.” It wasn’t until October 4, after Wiggins had yielded and gotten vaccinated, that he was quoted by Rusty Simmons of the SF Chronicle saying, “I had a bad reaction a few years ago to Tylenol and from there I never really like to take anything. Let stuff heal naturally. That was a little fear factor.”  Simmons may not have grasped the significance of the comment, which was buried in his article. The emphasis of his piece was on Wiggins saying that he had gotten vaccinated in order to keep his job.

If the Warriors’ well-paid PR people had appreciated and helped explain Wiggins’s reality-based caution, the dignified young athlete would have been spared a lot of nasty criticism. By not citing Wiggins’s allergic reaction to Tylenol, the Chase-Centered flacks were instinctively or consciously protecting the image of Johnson & Johnson and Capital-M Medicine. You can bet that if the Warriors Epipen-carrying refusenik had been assistant general manager Kirk Lacob, the owner’s son, the PR people would have explained his reluctance and the media would have treated him respectfully.

On October 7 columnist Scott Ostler berated Wiggins on the front page of the Chronicle’s Sporting Green. Ostler had been woke for a while by Colin Kaepernick, but this was the old Ostler, the scold who used to ridicule a “knucklehead of the week” (typically a young Black athlete caught smoking marijuana). He wrote: “Before Wiggins got vaxed, he grumbled to the media that this was a personal issue. Even though his refusal to get the shot had negative implications for his team and his league, he said it was none of anyone’s business… Once Wiggins was vaccinated, he used his platform to veer into new and troubling territory. He scattered a sackful of dangerous ideas, like a misinformed Johnny Appleseed. He rambled about his doubts and concerns, including a fear that the vaccine might do long-term damage. Wiggins’ expressed fears are unsubstantiated by a shred of medical or scientific evidence. For those still weighing the pros and cons of the vaccine, the only thing worse than no information is false information…” And so forth. There was even a borderline-racist line about LeBron James doing his own research and heeding the wisdom of “a stranger in the barbershop.”

Does Scott Ostler not read his colleague Rusty Simmons? Did he and everyone else on the sports desk think Wiggins’ severe reaction to Tylenol was insignificant trivia from the irrelevant past? It was obviously of great significance to Wiggins and led to the “doubts and concerns” he expressed about the Covid-19 vaccine. His concerns may not have been clearly expressed, but they are not groundless. He was lied to about the safety of Tylenol. We all were. He questions the dictates of Capital-S Science. We all should.

The active ingredient in Tylenol, acetaminophen, is the most widely used drug in the US, and it has the narrowest therapeutic ratio of any medication sold over the counter. The therapeutic ratio of a drug compares the amount required to produce harmful effects with the amount required to provide benefit. The therapeutic ratio of acetaminophen is about 2:1. An Extra-Strength Tylenol contains 500 milligrams of acetaminophen. The recommended daily maximum is eight pills —4,000 mg, or four grams. A person taking twice that much can incur severe liver damage —and people in pain sometimes lose perspective and gulp a handful. Seven to eight grams a day for three or four days can be fatal. (“Toadstools and Tylenol” is what UCSF medical students used to call their Pathology rotation at San Francisco General because the only cases of severe liver damage they encountered were caused either by Johnson & Johnson’s blockbuster painkiller, or poisonous mushrooms that Asian immigrants mistook for ones that were edible back home.)

If the Warriors had seen fit to publicize Wiggins’s adverse reaction to Tylenol, the media would have been forced to seek answers to meaningful questions. How severe had Wiggins’s reaction been? Does having had a severe adverse reaction to Tylenol —or any given drug— in the past increase the chance of an adverse reaction to the SARS-Cov-2 vaccine(s)? Does having had Covid-19 mean you have immunity and don’t need the vaccine? Can you still be a spreader? None of these relevant questions has been pursued in connection with the Wiggins story. Nothing has been learned. We, the people, have been given the impression that the soft-spoken is something of a crank.

The where-when-and-how-severe of Wiggins’s adverse reaction to Tylenol is a looming question. What led him to carry an Epipen? (The great Bill Walton carries one. He went into anaphylactic shock after getting stung by a bee while riding his bike in Sonoma County, as described in his autobiography, “Back From the Dead.”)

O’Shaughnessy’s, the journal of sorts that I edit, was willed into being, by Tod Mikuriya, MD, who urged that case reports always list the pharmaceutical alternatives to marijuana and their side-effects. Mikuriya’s goal was to document the relative benignity of the herb. Thus I have many Tylenol clippings to forward to the Andrew Wiggins Defense Committee. A few examples:

“…The true risks of taking the drug paracetamol in England, [acetaminophen in the US] may have been underestimated, a UK team of researchers writes in the Annals of the Rheumatic Diseases.

“Philip Conaghan, professor at the Leeds Institute of Rheumatic and Musculoskeletal Medicine, and colleagues carried out a systematic literature review to assess the adverse event profile of paracetamol… The researchers found a dose-related link between paracetamol and increasing incidence of mortality and cardiovascular, gastrointestinal, and renal adverse events…”

“When acetaminophen passes through the liver, some of the drug is broken down into toxic chemicals. A healthy liver can dispose of these dangerous components. But the liver needs nutrients to do this, and because she was so sick, this woman wasn’t taking in much in the way of nutrients. In addition, because she was pregnant, she was sharing her nutrients with her fetus.”

The sharp worldwide increase in childhood asthma over the past 30 years has long perplexed researchers, who have considered explanations as varied as improved hygiene and immunizations. Over the last decade, however, a new idea has emerged.

The asthma epidemic accelerated in the 1980s, some researchers have noted, about the same time that aspirin was linked to Reye’s syndrome in children. Doctors stopped giving aspirin to children with fevers, opting instead for acetaminophen. In a paper published in The Annals of Allergy and Asthma Immunology in 1998, Dr. Arthur Varner, then a fellow in the immunology training program at the University of Wisconsin School of Medicine, argued that the switch to acetaminophen might have fueled the increase in asthma.

Since then, more than 20 studies have produced results in support of his theory, including a large analysis of data on more than 200,000 children that found an increased risk of asthma among children who had taken acetaminophen. In November, Dr. John T. McBride, a pediatrician at Akron Children’s Hospital in Ohio, published a paper in the journal Pediatrics arguing that the evidence for a link between acetaminophen and asthma is now strong enough for doctors to recommend that infants and children who have asthma (or are at risk for the disease) avoid acetaminophen.

Dr. McBride based his assertion on several lines of evidence. In addition to the timing of the asthma epidemic, he said, there is now a plausible explanation for how acetaminophen might provoke or worsen asthma, a chronic inflammatory condition of the lungs. Even a single dose of acetaminophen can reduce the body’s levels of glutathione, a peptide that helps repair oxidative damage that can drive inflammation in the airways, researchers have found.

“Almost every study that’s looked for it has found a dose-response relationship between acetaminophen use and asthma,” Dr. McBride said. “The association is incredibly consistent across age, geography and culture.”

A statistical link between acetaminophen and asthma has turned up in studies of infants, children and adults. Studies have also found an increased risk of asthma in children whose mothers who took acetaminophen during pregnancy.

For instance, a study published in The Lancet in 2008 examined information collected on more than 205,000 children from 31 countries as part of the International Study of Asthma and Allergies in Childhood, known as the Isaac study. The 2008 analysis found that children who had taken acetaminophen for a fever during the first year of life had a 50 percent greater risk of developing asthma symptoms, compared with children who had not taken the drug. The risk rose with increasing use — children who had taken acetaminophen at least once a month had a threefold increase in the risk of asthma symptoms.

A meta-analysis published in 2009 calculated that children who had taken acetaminophen in the past year had nearly double the risk of wheezing compared with those who had not taken the drug. “We know that acetaminophen can cause increased bronchial constriction and wheezing,” said Mahyar Etminan, a pharmacoepidemiologist at the University of British Columbia and lead author of the study.

This piece was updated Oct. 11… Fred Gardner is a former editor of Scientific American. He has already gotten his booster shot.

A side-order of crow

An MD I trust sent this note to restore my perspective:

“In the first place, allergic reactions to acetaminophen are really rare, and most people who complain of ‘allergic reactions’ to common medications are not, in fact, allergic to them.  The ratio of claimed penicillin allergy to actual penicillin allergy is, as I recall, >10.  That is, I wonder what actually happened to him.  (There are lots of acetaminophen combo products, with ‘Tylenol’ as part of their trade name.  Did he take one of those?)
“Acetaminophen is definitely hepatotoxic, but that reaction is not allergic, and wouldn’t be treated with an Epi-Pen.  In my emergency practice, I saw several cases of acetaminophen hepatotoxicity, always from deliberate ODs.

“Ignorant people who are implicitly or explicitly encouraging others to decline proven pandemic-control measures should of course be treated respectfully, but their public pronouncements should be treated with contempt and derision.  That may be a tricky path to tread.”

I’ll eat crow, but I’m not quitting the Defense Committee. Andrew Wiggins didn’t seek to make any public pronouncements. The Warriors PR people could have and should have shielded him from the media. 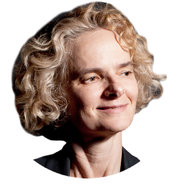