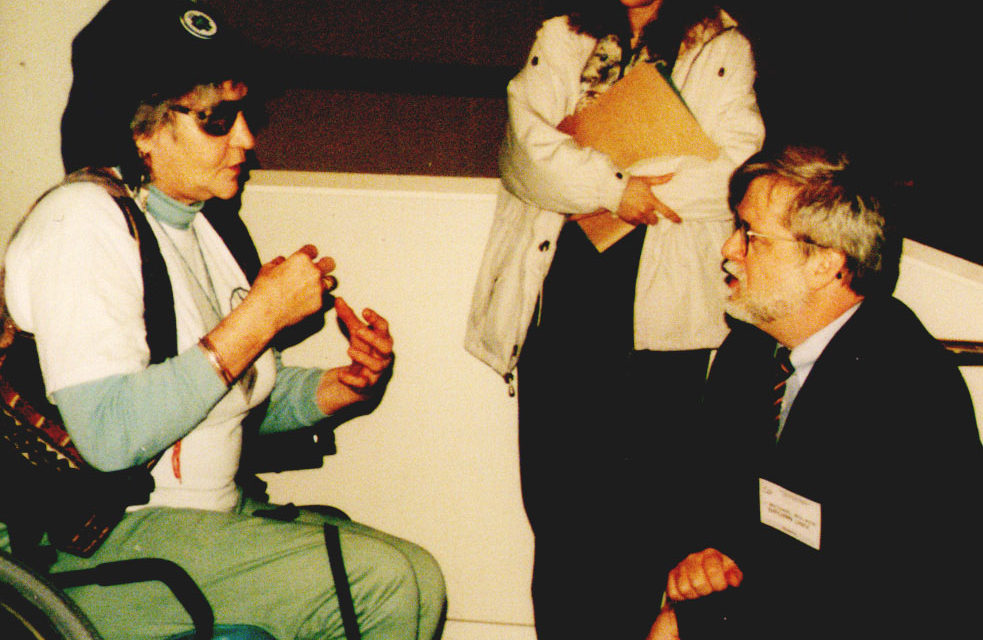 We were sorry to learn of the passing of Joanna McKee, a leader in Washington State’s medical marijuana movement. In pain and debilitated after a car crash in the ’70s damaged her spine, McKee became a user and then a purveyor of the herb. As Casey Jaywork recounted in the Seattle Weekly:

In Washington state, the 1995 arrest of Joanna McKee was the match that lit the fuse toward legalization. McKee smoked cannabis, she told The Seattle Times, to assuage muscle spasms, migraines, and epilepsy from head and back injuries. She shared her pot with patients suffering from AIDS, cancer, and multiple sclerosis in a Bainbridge Island operation called Green Cross Patient Co-Op. The police busted her with more than 160 plants, but a judge let her off, ruling the search warrant had been invalid.

McKee testified at the public hearing conducted at UC Irvine by the Institute of Medicine in December 1997. This photo of Dr. J. Michael Walker —a cutting-edge cannabinoid researcher, then at Brown University— listening intently to her says a lot about both of them. Real scientists are not contemptuous of patients’ input. Alas, Walker has left us, too… An O’Shaughnessy’s t-shirt to anyone who can ID Brown’s associate (standing, in white parka). 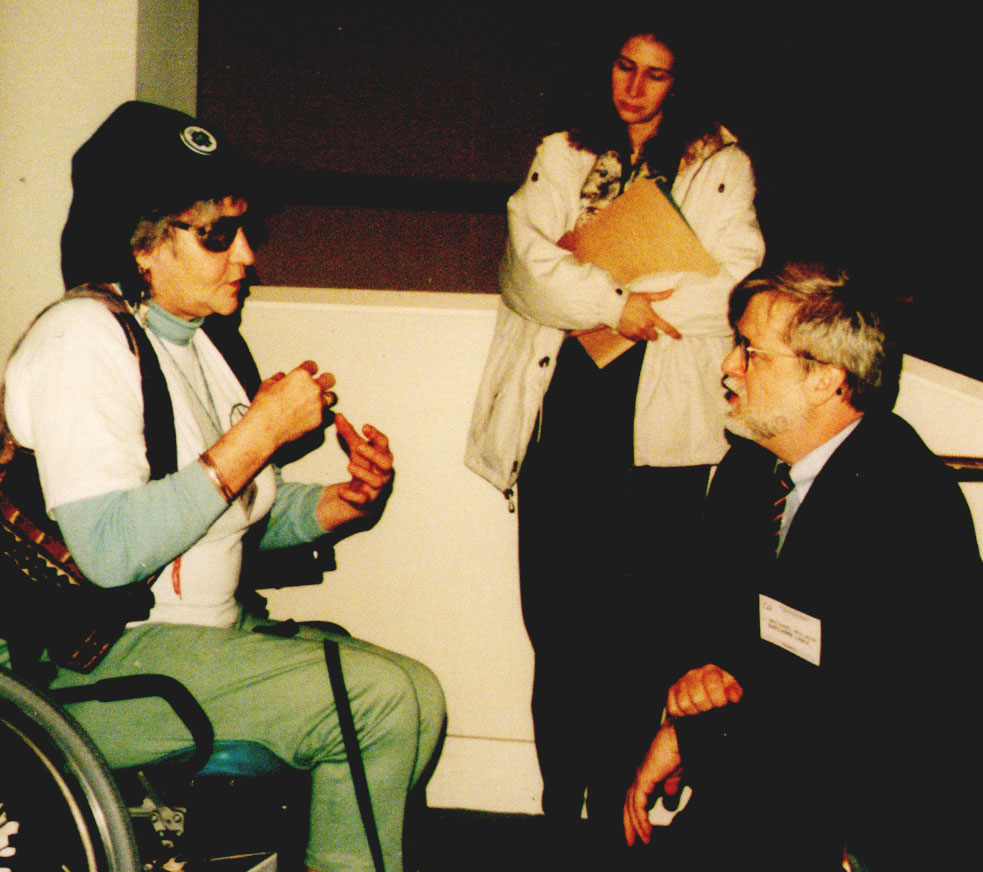