Because so many Prohibitionist mouthpieces are liars, it’s hard to take seriously their assertions about marijuana use harming “the developing brain.” Much of the alleged evidence involves studies in which young rodents were given stupendously high doses of THC. Then there’s the flimsy, flawed study attributing an eight-point decline in IQ to heavy, early marijuana use. The politicians and the corporate media treat this IQ loss as a well-established and significant fact. To cite one of a thousand recent examples…

Soon after the New York Times editorial board came out for legalization, “Meet the Press” host David Gregory asked Times columnist David Brooks for his expert opinion. “I have two basic issues,” Brooks pontificated with his evil-chipmunk grin. “One, the effects on the teenage brain really are pretty 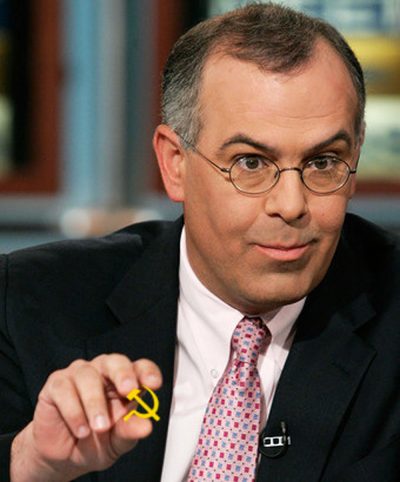 significant…” Brooks made this assertion with total confidence, knowing Gregory would not ask him to cite any relevant research. Nor would the host of “Meet the Press” ever pose a challenge, like, “When you cheered the under-21-year-olds on to battle in Iraq and Afghanistan, didn’t you know their developing brains would get shelled and shocked?”

Ruth Marcus of the Washington Post chimed in: “I’m with David. I think I don’t have a huge problem with letting states experiment. [Thanks, Ruth.]  But I think for states to decide to go the full legalization route is a problem precisely for my mommy reason… Everybody knows who has teenagers like me, the fact that alcohol is legal increases their access to alcohol. Making marijuana readily, legally available will increase their (laughing into the monitor) my kids are at home laughing at me.”

This was a double falsehood: U.S. teenagers have readier access to marijuana than to alcohol, and if the Marcus offspring were watching, they were groaning in embarrassment. Marcus then bolstered her “mommy reason” with a cliche and an untrue fact:

“It is a vast social experiment. We do not know the outcome except that the best evidence is that you lose, if you use marijuana as a teenager regularly, eight IQ points.”

The 23 New Zealanders who lost eight IQ points at age 37 were not using “regularly,” which could mean every weekend; they were using so much that they’d been remanded to treatment three times before age 17. And eight points is not considered statistically significant by psychologists who administer IQ tests. And…  The segment ended with the Evil Chipmunk —though there is no greater lover of individual freedom in theory— advocating “government playing some role in restraining some individual choice just to create a culture of healthiness for especially the teens.” 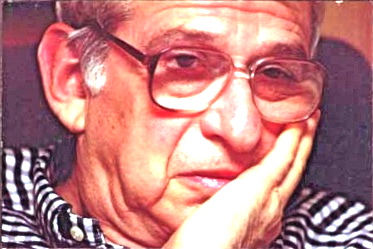 Grinspoon, a professor of psychiatry emeritus at Harvard Medical School and the author of several pro-cannabis books, acknowledges, “There is evidence that the brain is still developing until about 21.” Synapses and myelin sheaths (insulation) may still be forming. Unused neural pathways are still being pruned into the 20s.

“But I have seen no evidence that marijuana is causing harm,” Grinspoon went on, “in contrast to alcohol, which is a proven neurotoxic. The whole question of ‘underage smoking’ has to be viewed in the context of alcohol, which is the college kids’ alternative to marijuana.

“Alcohol is proven to be harmful, and the people who drink a lot of it can harm themselves. Women who drink a lot while they’re pregnant will risk Fetal Alcohol Syndrome in their children.  If I had to choose an intoxicant for 18-to-21 year olds, I would far prefer marijuana to alcohol. My official position is: ‘remain virginal until age 21.’ But we live in the real world, and that’s not going to happen. And therefore, if one says anything negative about adolescents using marijuana, parents have to add, ‘If he’s going to use something, it’s far less harmful than alcohol.’”

Grinspoon adds that prohibition creates “the-seeking-of-the-forbidden-fruit phenomenon.” Also, he notes, “if you get too stoned, you get anxious and you never want to do it again.”

Dr. Goldstein’s line
Bonni Goldstein, MD was trained and practiced for many years as a pediatrician. She is now a medical cannabis specialist. She sees patients in an office in Lawndale (Los Angeles County) and is the director of the Canna-Centers chain of clinics, with five offices in California. Her patients include more than 100 children with severe epilepsies. Asked her views on marijuana use by young people, she replied,
“I have an almost-14-year old who is about to start high school and I’ve had many discussions with him. He is not sick. He has no diagnosis. So he shouldn’t be putting anything into his body or brain. That is not wholesome and healthy. I’ve explained to him that chemicals — even natural chemicals, even though cannabis is natural— it’s still a biologically active compound that can and does work in the brain and the body. I’m not saying ‘No.’ I’m saying, ‘Wait. Let your brain develop, become the human being that you’re meant to become. Your job right now is to go to school, get an education, participate in sports, and live a drug-free life.

“‘Later in life if you feel that this is something you want to do, and your brain is developed… I’m not going to have any control over you. For now, let your brain develop the way it should.’

“It would be different if he was sick.

“He and his father stop by my office from time to time and he’s seen some of the young people that I take care of. He’s a nice, sensitive kid. He’ll say, ‘Mom what’s wrong with that patient?’ Or, ‘Does CBD help that patient?’ He gets what I do and he gets it that the cannabinoids have a strong effect on the brain.”

The Imaginary Party Line
If your real goal is to minimize marijuana use by healthy young people, your strategy has to be education (like Dr. Goldstein), not prohibition. Demand can overwhelm prohibition. Education can reduce demand.

The helping professionals require —businesswise— that treatment for marijuana addiction be compelled by the courts. Under-21 Prohibition also guarantees an ongoing role and revenue stream for law enforcement and the criminal justice system.

Isn’t “legalization” supposed to mean the end of prohibition? Why not for those under 21? It’s as if marijuana prohibition —which everyone now describes as a “failure”— is somehow going to succeed if focused on people under 21.

We have to ask: who has the biggest stake in maintaining Under-21 Prohibition?
It appears to be the helping professionals —addiction specialists, psychiatrists, psychologists, and a diverse array of therapists and counselors.

The helping professionals require —businesswise— that treatment for marijuana addiction be compelled by the courts. Under-21 Prohibition also guarantees an ongoing role and revenue stream for law enforcement and the criminal justice system.

Demand from people under the age of 21 for marijuana is not going to diminish. The people who meet that demand by providing the marijuana will be criminals —“bad guys” who the police “good guys” can arrest and the lawyers can defend while the judges remand their customers to the treatment industry.

Bottom line: Under-21 Prohibition means goodbye to our peace dividend as taxpayers. Money will keep flowing to Law Enforcement and the Treatment Racket.

Why is Under-21 Prohibition So Important to The Man?
In the Cole memo restating DOJ’s “enforcement priorities,” number one was “Preventing the distribution of marijuana to minors.*”  The asterisk linked to an explanation at the bottom of the list:

“*These enforcement priorities are listed in general terms; each encompasses a variety of conduct that may merit civil or criminal enforcement of the CSA. By way of example only, the Department’s interest in preventing the distribution of marijuana to minors would call for enforcement not just when an individual or entity sells or transfers marijuana to a minor, but also when marijuana trafficking takes place near an area associated with minors; when marijuana or marijuana-infused products are marketed in a manner to appeal to minors; or when marijuana is being diverted, directly or indirectly, and purposefully or otherwise, to minors.”

“Persons under 21 comprise 40% to 50% of all marijuana possession arrests,” according to Mike Males of the Center for Juvenile Criminal Justice. Under-21s include most students and soldiers —the core of the movement in the 1960s that scared our corporate masters and led them to devise new strategies, such as ending the draft, militarizing the police, and dividing the movement into a thousand single-issue groups.
If federal prosecutors don’t have to prove that a dispensary or grower sold marijuana to minors knowingly —or that the defendant even knew that minors would get their hands on the product being introduced as evidence!— they can take down any given purveyor on a distribution-to-minors rap. Everyone will have to stay in the good graces of the police.

Under-21 Prohibition means that the power of the drug police will be focused on young adults. The federal government —“we”— will keep sending them to have their developing brains blasted and rattled in foreign lands for the sake of Raytheon and Halliburton. But God forbid they should be exposed to THC on campus or in the ‘hood!   —Fred Gardner