In stories about pro hoops on sports pages and websites, “the league” refers to the billionaires who own National Basketball Association franchises —not their employees, who are referred to as  “the players.” The team owners appoint a commissioner to pursue their interests and be their mouthpiece. Currently it’s a sepulchral lawyer named Adam Silver; he is said to “speak for the NBA.” Which means he  speaks for the owners.

Marc Stein, who covers the NBA for the New York Times, filed a piece June 2 that disrespected LeBron James.  “James Insists Season / Was Too Much too Soon”  was the hed above Stein’s piece in the print edition June 2, and it reflected the writer’s supercilious tone. “Insists” implies that James was being stubborn, maybe even irrational. A simple “James Says NBA Season…” would have fit better.

The so-called regular season ended last month and now four teams are left in the play-offs. (The addict notes the inevitable dwindling of his stash.) There have been so many injuries this season that every team now has key players on the sidelines. It is obvious that the athletes have been overworked. Pity the billionaires, their horses are dying and their hoopsters are pulling up lame. Yet this year they extended the season by creating a “play-in” that forced the teams finishing seventh through tenth in each of the two NBA conferences to play extra games. Addicted fans watched the games, of course, even those of us who saw the “play-in” as a variant of the “speed-up.”

The NBA season is too long. Bruce Jenkins of the SF Chronicle has been calling for a 58-game season in which each team would play every other team twice, home and away, but no one is campaigning for this sensible reform.  LeBron James, a de facto leader of the players, spoke out strongly against the “play-in” plan, but he didn’t organize opposition to it. Will he now lead a serious push for a shorter season? That was a looming question when Stein of the Times weighed in with his snotty-but-informative analysis:

… James took to Twitter to commiserate with fans about the record-setting eight current All-Stars who have missed at least one game this postseason — and to criticize league officials for not doing more in this pandemic season to “protect the well being of the players.”

By more he meant less: James said he warned them of the injury risks in wedging a 72-game regular season between Dec. 22 and May 16, with the playoffs timed to end right before the Tokyo Olympics, compared with starting in mid-January and possibly playing fewer games. The 2019-20 season, remember, strayed into October and spawned the shortest off-season in league history after a four-month interruption because of the coronavirus pandemic.

“They all didn’t wanna listen to me about the start of the season,” James wrote. “I knew exactly what would happen.”

Self-serving? Yes. Vague? Yes again. There was an undeniable whiff of convenience to James’s remarks, as a rationalization for the swift end to the Lakers’ title defense, along with a lack of clarity. James did not specify who was warned, or when or where. He was also surely aware that the league and the players’ union agreed on the 2020-21 season schedule and that starting later, as James had hoped, likely would have cost both parties significant television revenue…

The players’ union agreed to that timeline after learning that the N.B.A.’s television partners pushed for it. The players, who split annual basketball-related income almost evenly with team owners, were told that starting in January instead of December would cost roughly $500 million in revenue, after last season’s shortfall of $1.5 billion. No less important to the league office was the opportunity to wrap this season up in time to return to its usual October-through-June arc in 2021-22.

In retrospect? It was a giant ask. The physical and mental toll of last season’s restart in the Florida bubble, combined so soon with the rigors of a season in home markets governed by strict Covid-19 protocols, had teams fearing a spate of soft-tissue injuries. Daily coronavirus testing cut into rest and recovery time. Player stress and training time lost, with fewer practices and a second-half crush of games to make up for earlier virus-related postponements, only increased those fears.

As the number of injuries to stars — because of bad luck or the compressed schedule — became a dominant second-half story line, questions surfaced. One of the biggest: How will the franchise cornerstones who shoulder such demanding loads rebound next season?…

The phrase “It was a giant ask” confused me because the players, led by LeBron, had been asking for a January start. But Stein was seeing things from the owners’ point of view.  (It’s also confusing when a noun transitions to a verb, as so many do nowadays.) So the “ask” Mark Stein had in mind was actually the owners telling their employees to start working full-time in December.

BTW, the owners get depreciation allowances as the players age.

The 2020 NBA season was disrupted last spring as Covid-19 spread.  The team owners announced plans to hold the play-offs at a vast sports complex in Orlando where the athletes would train and compete under strict quarantine, away from wives and children. The proposed working conditions were cheerfully described as “playing games in the bubble.” LeBron James and others discussed calling off the play-offs as a health risk and in support of the Black Lives Matter movement, which had been propelled into high gear by the murder of  George Floyd in May.  There was so much support for a work stoppage that Barack Obama was called on to get involved. The revered former President advised that the more effective tactic would be participation in the play-offs while wearing shirts that made righteous political statements. If Obama had not performed this one-more-small-service for capital, if the players had gone home after the regular season instead of to Orlando, fans might have gone into withdrawal but we would have survived. And now, as voter-suppression laws lay the groundwork for a real steal on Election Day in 2022 and small-d democrats weigh our tactical options, it would be useful to have, fresh in memory, the NBA Players Strike of 2020.

Why There is a QAnon

Watching the NBA play-offs on television, viewers are exposed to an ad for a movie called “The Conjuring: The Devil Made Me Do It.” The footage is bizarre and disturbing —the genre is called “horror” for a reason. The ad claims that the flick is “based on a true story.” Intrigued by this claim, I checked out the Times review.

“The Conjuring” movies offer a fascinating peek into the American psyche. Based on the lives of the Northeastern paranormal investigators Ed and Lorraine Warren, the franchise demands viewers invest in a worldview ruled by Christian dogma, where Godly good must battle satanic evil. “The Conjuring: The Devil Made Me Do It” is by far the most well-constructed, terrifying entry in the franchise, but its plot relies all too heavily on that same bizarre evangelism.

“The Devil Made Me Do It,” helmed by the “Curse of La Llorona” director Michael Chaves, opens on a slickly stylized exorcism. Heavy fog introduces a series of imposing, angular shots as Ed (Patrick Wilson) and Lorraine (Vera Farmiga) work to free an 8-year-old boy from demonic possession. Top-notch sound mixing and a booming score keep this sequence taut, even exhilarating, as the demon slips from its child host to the unsuspecting Arne Johnson (Ruairi O’Connor). In an even more chilling series of scenes, a possessed Arne later stabs his landlord to death. It is then up to the Warrens to prove that Arne is not guilty by reason of satanic curse.

The First Amendment prohibits Congress from abridging freedom of speech, but culturally-promoted insanity needs abridging. How can a sector of the population be restored to sanity? Those bad Chinese are trying to impose a secular POV on the Uighurs, but in so doing are said to be violating their “human rights.” I’m plumb out of ideas. 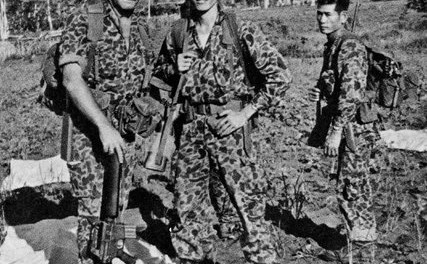 My Don Duncan —and Ours 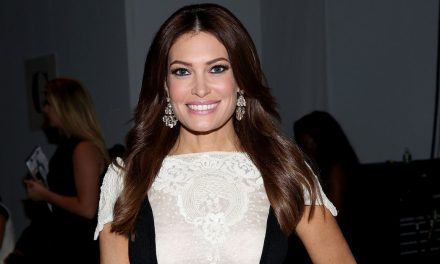