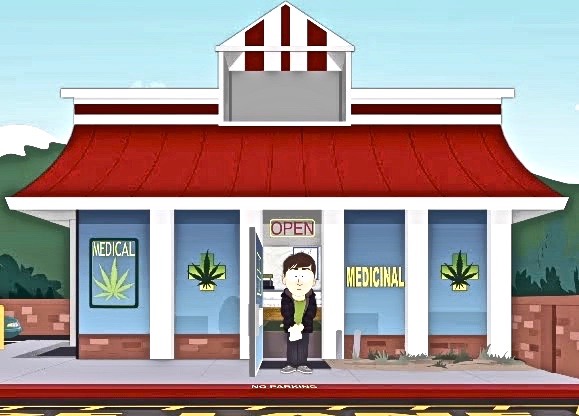 Most dispensary customers are in fact medical users, according to a study —”Use of Cannabis to Relieve Pain and Promote Sleep by Customers at an Adult Use Dispensary—” published by Dr. Marcus Bachhuber and colleagues in The Journal of Psychoactive Drugs online July 2.  The political implications are heavy. Here’s the abstract, followed by our retro message:

Let’s assume that the two Colorado dispensaries taking part in the study are typical of stores in other states. The results point up the extent of the threat to Big PhRMA posed by the medical marijuana movement. No wonder the drug companies have fought us tooth-and-nail, and continue funding neo-prohibitionist efforts today. In due course people will discover on their own that marijuana alleviates pain and promotes sleep and provides other benefits sought by millions, but many will remain on Oxy, Prozac, Xanax et al, unaware that the herb really is medicinal.

The findings also remind us that the medical marijuana movement was subsumed by “The Industry.” Nowhere was the sell-out of medical users heavier than in pwogwessive California, where Industry  leaders allowed the bureaucrats to put a 15% excise tax on all cannabis sales —as if it wasn’t really a medicine after all!