Kevin Takakuwa, MD, forwards a bill before the California legislature that solidifies control of marijuana research by UC San Diego. Here is the Legislative Counsel’s Digest, with a troubling line boldfaced:

Existing law, if the Regents of the University of California accept the responsibility, requires the University of California to establish the California Cannabis Research Program, also sometimes referred to as the California Marijuana Research Program or the Center for Medicinal Cannabis Research, in order to develop and conduct studies intended to ascertain the general medical safety and efficacy of cannabis, among other duties. Existing law, the Control, Regulate and Tax Adult Use of Marijuana Act (AUMA), an initiative statute approved by the voters at the November 8, 2016, statewide general election as Proposition 64, among other things, establishes the California Cannabis Tax Fund as a continuously appropriated fund consisting of specified taxes, interest, penalties, and other amounts imposed by AUMA. AUMA requires, after other specified disbursements are made from the fund, the Controller to disburse $2,000,000 to the University of San Diego Center for Medicinal Cannabis Research.
This bill would conform the name of the program throughout the code, including for purposes of the appropriation made by AUMA, as the California Cannabis Research Program and would specify that the program is hosted by the Center for Cannabis Research. The bill would authorize the program to cultivate cannabis for its use in research, as specified. The bill would expand the purview of the program to include the study of naturally occurring constituents of cannabis and synthetic compounds that have effects similar to naturally occurring cannabinoids and would also authorize the controlled clinical trials to focus on examining testing methods for detecting harmful contaminants in cannabis, including mold and bacteria. The bill would prohibit the use of specified funds from the California Cannabis Tax Fund from being used for these purposes.

The number of the bill —1996— was either a purely coincidental reference to the year that Proposition 215 was enacted (Coyote has a sense of humor), or an attempt by the assemblyman who introduced it to claim an association with the truly radical, history-changing initiative.
The first sentence of the Legislative Analyst’s Summary reflects confusion: a Center is not a Program.
The Center for Medical Cannabis Research (CMCR) was established by the legislature  in response to California  voters passing Prop 215. In 1999, $3 million a year for three years was given to UC San Diego by Assemblyman John Vasconcellos, whose closest friend from high school was on the UCSD faculty. This man’s partner was then appointed executive director of the CMCR. That’s how things really work, alas.
The seemingly progressive aspect of AB 1996 is that the state of California would grow its own marijuana for use in clinical trials, breaking the monopoly granted by the National Institute on Drug Abuse to the University of Mississippi. But the feds are almost certain to nix this challenge to their monopoly. Will Governor Gavin Newsom send the National Guard to defend the state grow? That’s a fanciful image. The feds would exert control by threatening to cut off funding from UC, whose regents would fold in a Sacramento second.
Moreover, clinical trials will take many years and mucho dinero.  California clinicians have already amassed a wealth of data on the safety and benefits of cannabis. Real progress will involve acknowledging the value of their Clinical Evidence and exposing The Cult of the Clinical Trial for what it is.
Dr. Takakuwa is thinking that the Society of Cannabis Clinicians should apply for a research grant from the state through AB1996. I doubt there will be much left after UCSD, UCI, and UCSF each get a “taste.” But hope springs eternal.
California’s “legalization” measures direct most of the tax revenues generated by marijuana sales to Law Enforcement and Helping Professionals. Research that might benefit patients gets crumbs from the table.
In related news…

Neoprobe cannabis “experts”in Academia are casting covetous eyes on state tax money. Check out the concluding paragraph of this April 2 essay in JAMA by Dr. Kevin Hill… Hill was Harvard Med School’s “counterpoint” speaker when Lester Grinspoon was invited to give a talk in 2013, as recounted here. 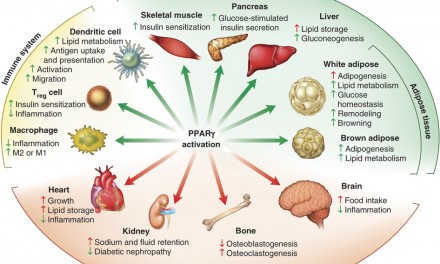