“NIH Director Collins on Legalizing Pot: Not So Fast” was the headline on a USA Today story February 28, 2014.  Collins’s comments seemed to reveal total ignorance —but total ignorance implies absence of bias, and Collins consistently erred on the side of Prohibition.  Here’s the USA Today piece with our retro messages:

WASHINGTON – One of the nation’s top scientists raised concerns about the nationwide move to legalize marijuana, saying regular use of the drug by adolescents had been tied to a drop in IQ and that a possible link to lung cancer hasn’t been seriously studied.

The “drop-in-IQ” study that Collins cites was very small and its methodology seriously flawed (no control for socioeconomic status), but the mainstream media has treated its conclusions like gospel truth. A large, thoroughly controlled study of whether marijuana smoking causes lung cancer, funded by NIDA and conducted by pulmonologist Donald Tashkin and colleagues at UCLA, involved about 1100 cancer patients and an equal number of controls. The results were reported in 2005 at the International Cannabinoid Research Society meeting and   marijuana smoking was found to not cause lung cancer and to exert a small protective effect, probably due to its anti-oxidant properties. Bronchial cells are damaged by marijuana smoke, Tashkin concluded, but die off instead of metastasizing.

“I’m afraid I’m sounding like this is an evil drug that’s going to ruin our civilization and I don’t really think that,” Francis Collins, director of the National Institutes of Health, said Thursday. “But there are aspects of this that probably should be looked at more closely than some of the legalization experts are willing to admit.”

What mealy-mouthed doubletalk! The man wants to uphold Prohibition but he doesn’t want to be considered a crackpot in the year 2014. Unfortunately, he is a crackpot. He says he’s been “born again,” which means delusional, and he’s a proven cheater. See this exposive note about Collins). And now back to USA Today:

Collins, 63, is a geneticist who led the project to map the human genome. Since 2009, he has headed the NIH, the nation’s leading agency for biomedical research… He said the National Institute on Drug Abuse, which he oversees, was interested in pursuing such studies now that legalization has made them more feasible to do. But the process will take time, he cautioned.

NIDA has been funding studies for decades trying to establish that marijuana is harmful. In the process, NIDA-backed researchers inadvertently discovered the body’s own endocannabinoid system and explained why cannabinoids from external sources —THC from marijuana smoke, for example— can exert medical benefits.

“We don’t know a lot about the things we wish we did,” Collins said at a small dinner with journalists hosted by USA TODAY and National Geographic. “I’ve been asked repeatedly, does regular marijuana smoking, because you inhale deeply, increase your risk of lung cancer? We don’t know. Nobody’s done that study.”

Is it possible that the director of NIH actually doesn’t know about Donald Tashkin’s landmark study? Is he ignorant, dishonest, or both?

Last year, Colorado and Washington state legalized marijuana, and a majority of states across the country are considering legalizing the drug or decriminalizing it for medical or recreational use.

In the past, research was complicated because marijuana was outlawed.

“There’s a lot we don’t know because it’s been an illegal drug, so how do you run a research project asking people to sign up who by their signing up are admitting they are breaking a law and might get into trouble?” he said. “I think one of the things we’ll need to do is take advantage of legalization now to try to mount studies that were impossible before, if people are willing to participate.”

It takes a lot of gall to say that marijuana research has lagged in the US because human subjects were afraid to participate. The American people have been begging the government to allow research that would establish the safety and efficacy of cannabis. Collins’ contention is the very opposite of the truth, and it reveals his bias.

That said, he said it already had been documented that regular marijuana use by adolescents, particularly early adolescents, had a significant and lifelong impact on the brain, leading to an average loss of about 10 IQ points.

“Perhaps it would be better if, before we plunged into this, there was a little bit more recognition of that particular consequence,” he said.

Note that  the conclusions from the small, discredited IQ study are now “documented,” and there should be more “recognition” that IQ loss is a “consequence” of marijuana use. And legalization is being “plunged into” 18 years after Proposition 215 passed. And the 7.8 point IQ drop detected in 23 heavy marijuana users who got in trouble as teenagers has been upped to “about 10 IQ points.”  … I used to play in a pick-up basketball game where, in the heat of competition, certain guys would sometimes mis-state the score. And they always misstated it in their favor!   Francis Collins seems to blither, but his words are actually chosen quite carefully.

I don’t know your familiarity with the various types of IQ tests but 100 points is typically “average” and levels of significant difference go up or down from there in about fifteen point increments. So the difference found is about half of the normal variation that could be expected if the people took the same test twice a few years apart. So, no real difference at all, even if you assumed that everything else was completely accurate.

And from Rick Doblin of the Multidisciplinary Association for Psychedelic Studies (MAPS):

Sad to see such willful ignorance. In addition to what has already been pointed out,  Collins said, “There’s a lot we don’t know because it’s been an illegal drug, so how do you run a research project asking people to sign up who by their signing up are admitting they are breaking a law and might get into trouble?”

Collins must know that researchers can obtain Certificates of Confidentiality that protect the identity of subjects in research studies, precisely so that illegal activity can be researched without placing the subjects at risk: 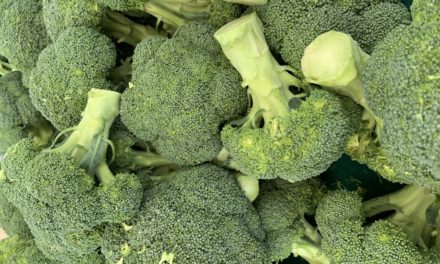