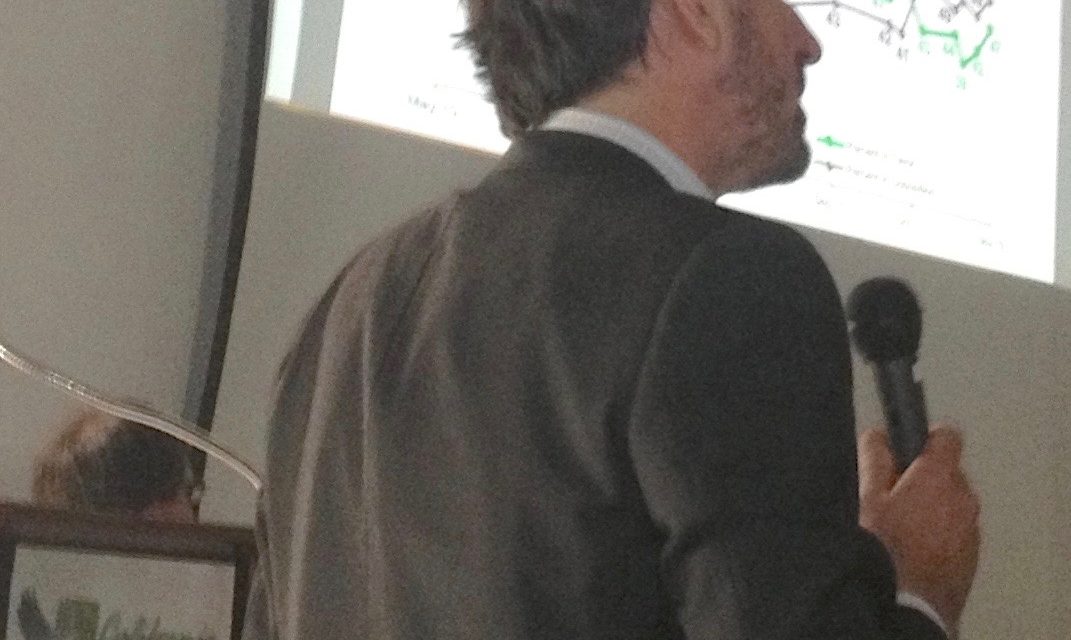 Following a recent workshop on “Cannabis and the Opioid Crisis”at UC Irvine,* Professor Danielle Piomelli asked four participants to “discuss the topic further and to share their views for readers of Cannabis and Cannabinoids,” the journal he edits.

Much useful information was shared in the ensuing article. Attorney Graham Boyd provided a succinct political/legal overview of impediments to research. Susan Weiss of the National Institute of Drug Abuse had projected an image of a kinder, more open-minded NIDA. Graham had the facts:

“At this point, only 20% of cannabis research approved by the federal government is actually even looking at therapeutic use. Eighty percent of it is still looking at abuse, addiction, that sort of thing. And funding for the research is also severely restricted; only 16% of federal funding for cannabis research goes to exploring therapeutic use, including the subjects we are talking about today, the interaction between cannabis and opioids.”

What is the difference between an old-style prohibitionist and today’s neo-prohibitionist: the neoprobe acknowledges benefit (in addition to harm, of course) and wants in on the clinical trials.

Cannabis occupies a unique space among the substances deemed ‘‘drugs of abuse.’’ Conducting medical research on just about any other substance than cannabis is far easier. Within the whole range of opiates that we are concerned [about], all are prescribed by physicians… with the exception of heroin, which is in Schedule I, the most restricted schedule. And that, too, is where cannabis is placed, in Schedule I.

‘Scheduling’’ is a legal system of classification utilized by the federal government (and mimicked to a large degree by states), and it looks at basically two issues: number 1, the drug’s potential for abuse and, number 2, its medical value. If a drug has any potential for abuse, it is put into one of the schedules and if it is a high level of abuse and of no medical value, according to the federal government, then it is put in that most restricted schedule of Schedule 1.

And that is where you find cannabis, heroin, and 3,4-methylenedioxymethamphetamine (MDMA or ‘‘ecstasy’’). And, surprising to most people, the less restrictive Schedule II is where you find cocaine, methamphetamine, and many of the most powerful opiates because those substances do have recognized medical use, despite having a high potential for abuse.

This scheduling paradigm is meant to be based on medicine but, in fact, the initial placement in those schedules for the substances long considered to be ‘‘drugs of abuse,’’ including cannabis, was done in most cases by either the Drug Enforcement Agency (DEA) or Congress and generally not based on thorough review of the science or medicine.

At this point, the overwhelming majority of scientists, medical professionals, and ordinary people agree that cannabis being in Schedule I does not make a lot of sense, and yet efforts to reschedule cannabis have been blocked repeatedly. DEA’s own administrative law judge conducted a thorough review of evidence, ruled in favor of rescheduling, but was overruled summarily by the DEA Administrator. After years of litigation, Congressional hearings, and thorough exploration of every conceivable path, DEA’s roadblocks led to activists to decide to go directly to state voters to pass the medical marijuana laws through direct ballot measures.

The first medical marijuana law, California’s Proposition 215, was the brainchild of longtime activist Dennis Peron, an activist in the ACT UP tradition who had fought against the Reagan Administration’s refusal to recognize HIV/AIDS. The majority of voters said yes and then in California, medical marijuana was permitted, although it remained illegal under federal law.

Interestingly, the federal government responded by saying marijuana can never be medicine. Donna Shalala, the Secretary of Department of Health and Human Services, was among the Cabinet officials who threatened to arrest any doctor who recommended marijuana to patients in California. I was the lawyer who represented doctors, including Marcus Conant, who was one of the first doctors to diagnose AIDS, in a lawsuit that established a First Amendment right to recommend marijuana to patients. [Conant v. Walters, 309 F.3d 629 (9th Cir. 2002), available at https://www.leagle.com/ decision/2002938309f3d6291862]

This has created an incredibly messy situation in the sense that cannabis is legal under state law, yet illegal under federal law, and retention of cannabis in Schedule I has left it in the place where doing research, as the other speakers have noted, is incredibly hard to do. This creates a Catch-22 because the only way to move something out of Schedule I is based on research and medical evidence and yet the barriers to doing that very research are so strict.

So, that is where we stand right now. In recent years, and I think really because of the proliferation of these state laws which make cannabis so much more accessi- ble, and because of the anecdotal and some research evidence of medical efficacy, the federal government has to some extent loosen the restrictions on doing research.

But it still is, literally, among the hardest substances to do any kind of medical research. You have to get a DEA registration, have security. You have to have a safe or a vault to keep the substance. The DEA visits you to make sure that it is secure enough.

And, at this point, only 20% of cannabis research approved by the federal government is actually even looking at therapeutic use. Eighty percent of it is still looking at abuse, addiction, that sort of thing. And funding for the research is also severely restricted; only 16% of federal funding for cannabis research goes to exploring therapeutic use, including the subjects we are talking about today, the interaction between cannabis and opioids.

So it is a tough position to be in where we were trying to actually see the science move forward and yet because of the legal framework around it, it is so very difficult to do that. Much of the evidence we have right now is anecdotal, very hard to quantify, very hard to really put full credence in, and yet this is the best evidence available as these state laws have changed.

*The UCI Irvine event was reported on by Dale Gieringer here.