Risks of MJ Use in the New York Times

The potential harms of consuming cannabis as determined by the prestigious National Academies of Sciences, Medicine and Engineering were the basis of a May 7 New York Times piece by Aaron E. Carroll. Although Carroll’s summary was one-sided (the NASEM Report also listed benefits), it did not exaggerate the seriousness of the risks.

The greatest concern with tobacco smoking is cancer, so it’s reasonable to start there with pot smoking. A 2005 systematic review in the International Journal of Cancer pooled the results of six case-control studies. No association was found between smoking marijuana and lung cancer. Another 2015 systematic review pooled nine case-control studies and could find no link to head and neck cancers.

Another meta-analysis of three case-control studies of testicular cancer found a statistically significant link between heavier pot smoking and one type of testicular cancer. But this evidence was judged to be “limited” because of limitations in the research (all of which was from the 1990s).

There’s no evidence, or not enough to say, of a link between pot use and esophageal cancer, prostate cancer, cervical cancer, non-Hodgkin’s lymphoma, penile cancer or bladder cancer. There’s also no evidence, or not enough to say, that pot has any effect on sperm or eggs that could increase the risk of cancer in any children of pot smokers. (Using marijuana while pregnant does pose other risks, as discussed below.)

Another major risk with cigarettes, heart disease, isn’t clearly seen with pot smoking. Only two studies quantified the risk between marijuana use and heart attacks. One found no relationship at all, and the other found that pot smoking may be a trigger for a heart attack in the hour after smoking. But this finding was based on nine patients, and may not be generalizable.

It also makes sense to think about the risk of respiratory disease. In the short term after smoking pot, a 2007 systematic review found, lung function actually improved. But these benefits were completely overtaken by evidence that lung function may degrade with chronic use. Lung function, however, is a laboratory measure and not necessarily a clinical outcome, and what we really care about is lung disease. Once you control for tobacco use, the links between marijuana and chronic obstructive pulmonary disease appear minimal. Almost no evidence is available to link pot use to asthma.

Driving while impaired is a major cause of injury and death in the United States. Six systematic reviews were considered of fair or good quality by the national academies, and the most recent one pooled three of the others. It contained evidence from 21 studies in 13 countries representing almost 240,000 participants.

For people who reported marijuana use, or had THC detected through testing, their odds of being involved in a motor vehicle accident increased by 20 to 30 percent, the study found. This is, of course, a relative increase, and shouldn’t be confused with the overall percentage chance of getting in an accident, which is much smaller.

Regardless, driving while impaired is a terrible idea. Although we have good tests to determine if people are under the influence of alcohol, no such tests are currently available for marijuana, making enforcement more difficult.

Babies born to women who smoke pot during pregnancy are more likely to be underweight, delivered premature and admitted to a neonatal intensive care unit, according to a 2016 systematic review. But there were no links seen for changes in birth length, head circumference or congenital malformations. There’s limited evidence for pregnancy complications for mothers, and there’s not enough evidence to comment on much else about babies and their outcomes.

There’s moderate evidence, from many studies, that learning, memory and attention can be impaired in the 24 hours after marijuana use. There’s limited evidence, however, that this translates into worse outcomes in academic achievement, employment, income or social functioning, or that these effects linger after the pot has “worn off.”

The possible relationship between marijuana use and mental health is complicated. The most recent meta-analysis found that there’s a significant connection between heavy marijuana use and a diagnosis of psychosis, specifically schizophrenia. This mirrored the findings of previous reviewsthat sought to cover only high-quality studies. Another systematic reviewhighlighted a potentially small but statistically significant link between marijuana use and the development of bipolar disorder. Heavy users of pot are also more likely to say they have suicidal thoughts.

As states legalize the drug for general use, more cannabis users feel freed from secrecy. They smoke more in public, raising worries about secondhand smoke. A two-year-old study made news recently by arguing that one minute of exposure to pot smoke impaired how vessels responded to blood flow for at least 90 minutes, a greater impairment than from tobacco. This was a study in rats, though, not of humans out in the world. As for risk of a “contact high,” the amount of THC detectable in secondhand smoke is negligible.

Almost all agree that children should not use pot, but concerns are legitimately raised about whether children might have increased exposure or access after legalization. Although this issue has not been studied widely, it’s possible that pot — the THC and the metabolites from smoke — could have an effect on the developing brains of children. These concerns are more applicable to adolescents who use pot regularly, however, not the accidental ingestion reported in the news once in a while.

Almost all the harms the medical literature focuses on involve smoked cannabis. We know little to nothing about edibles and other means of administration. Nor do we have any consistent manner of measuring the level of exposure.

Many of the harms we’ve discussed are statistically significant, and yet they are of questionable significance. Almost all the increased risks are relative risks. The absolute, or overall, risks are often quite low.

We haven’t focused on the potential medical benefits here. But many people use pot — even rationally — for benefits they perceive to be greater than the harms we’ve listed.

We unquestionably need more research, and more evidence of harms may emerge. But it’s important to note that the harms we know about now are practically nil compared with that of many other drugs, and that marijuana’s effects are clearly less harmful than those associated with tobacco or alcohol abuse.

People who choose to use marijuana — now that it’s easier to do legally — will need to weigh the pros and cons for themselves. 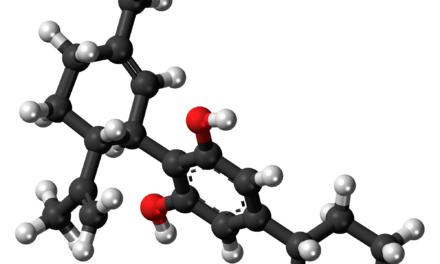