By Fred Gardner   August 28, 2013     “Our” government is lying about Syria in the same blatant way that they’re lying about marijuana. The split within the Obama Administration gave us hope for a while, but the war hawks —like the DEA— seem to have triumphed again. Why must the U.S. rush to inflict what mild-mannered Wolf Blitzer called “a punishing attack” on Syria?

Bashar al-Assad, MD, is an Oxford-trained opthalmologist who presided over a functioning secular state. His government has successfully defended itself against a s

warm of rebel militias —one al-qaeda, one led by a warrior known to eat the heart of a killed enemy, one invented by the U.S. State Department and named “The Free Syrian Army,” probably by some Clintonite who had a vague memory of Peter Rowan’s song, “The Free Mexican Air Force.” The Assad government would not have used chemical weapons because to do so would give the U.S., France, and England an excuse to intervene. That’s the obvious, common-sense context to the events of recent days. Apparently a cache of industrial chemicals was hit by a crude missile launched by parties unknown, providing the pretext the U.S. and its imperialist allies wanted and/or created.

Pretexts ‘R’ us. To attack Iraq in 2003 they said Saddam Hussein had imported “yellow cake Uranium from Africa” and some aluminum rods that could only be used, supposedly, in weapons of mass destruction.To escalate the War in Vietnam they trumped up an attack on a warship called the USS Maddox in the Gulf of Tonkin. Marijuana doesn’t impair the longterm memory.

Fifty years ago today I was at the Lincoln Memorial. Lincoln said the United States aspired to “government of the people, by the people, and for the people.” But after the Civil War we got government in the service of the corporations, and that’s how it has been ever since. We, the people, have won some small victories here and there,  but the rulers have steadily increased their reliance on militarized police (privileged labor) to maintain the corporate state and its spiral of material inequality.

Martin Luther King, Bayard Rustin and many other organizers of the 1963 March for Jobs and Freedom would, in the days to come, oppose U.S. intervention in Vietnam’s Civil War. But that aspect of King’s politics is downplayed, ignored. The synergy between the civil rights movement and the peace movement strengthened both. Equality for women, an end to discrimination against gays, all our demands re-enforced one another… and the lunch counters were integrated and the war finally ended, but ever since, the police state has been strengthening its grip.

Syria is “an incredibly beautiful country,” says the filmmaker Saul Landau, who made an informative documentary called Syria: Between a Rock and a Hard Place in 2006.  Anyone wanting background on the current nightmare should check it out. Landau told your correspondent that he could not understand the U.S. neocons’ fierce desire to depose Assad. Syria was not threatening to reclaim the Golan Heights from Israel; its intelligence agency had cooperated in finite ways with the Bush Adminsitration’s “War on Terror.”

It seems like only a few years ago that Morley Safer was in Syria respectfully interviewing Dr. Assad for 60 Minutes. We thought at the time that Gavin Newsom, then mayor of San Francisco, now lieutenant governor of California, could be his body double.

On Saturday, August 24, the U.S. and its allies demanded that Syria allow UN inspectors to determine the nature of the deadly chemical exposure. On Sunday the Syrian government agreed. On Monday the inspectors arrived. Also on Monday Secretary of State Kerry put on a phony show of moral outrage —as if  “we” didn’t supply Iraq with chemical weapons to use against Iran in the 1980s— and announced that the U.S. was going to respond militarily. Why not give the UN inspectors a chance to inspect?  Are the hawks afraid the UN observers will do what Hans Blick did when he concluded that Saddam Hussein did not have weapons of mass destruction? Blick had gone on his mission believing he would find weapons. He was honest enough to report the truth. When the NIDA-funded UCLA pulmonologist Dr. Donald Tashkin reported in 2005 that smoking marijuana did not cause lung cancer, his integrity was analogous to Blick’s, as we noted at the time.

The U.S. attacking Syria and the U.S. banning marijuana are alike in that we, the people, can’t figure out who in the U.S. is calling the shots, and a large majority of us don’t agree with the shots they’re calling. Most of us want peace. We want safe access to cannabis. We want clean water to drink and nutritious food to eat and air that doesn’t cause cancer. We want free public education and meaningful work and security in old age. What a nerve our masters have to call this society a “democracy.” Then they say “we” as they kill people in our name.

Our featured image is of a Syrian postage stamp honoring al-Kindi, a renowned 9th-century scientist/physician who described cannabis as a muscle relaxant. 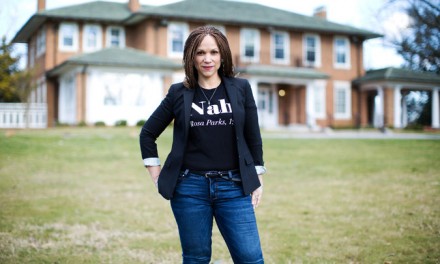