Bill Bennett, who had been Secretary of Education under Reagan and Drug Czar under George H.W. Bush, is on the talk shows this morning plugging his new book, “Going to Pot: Why the Rush to Legalize Marijuana Is Harming America.” Co-author Robert White is a former federal prosecutor.

An obsequious piece about the book in the Washington Times refers to “Mr. Bennett’s research revealing that more Americans are admitted to treatment facilities for marijuana use than for any other illegal drug…”  As Bill Bennett well knows, almost everyone receiving “treatment” for marijuana is court-mandated or parent-mandated or job-mandated. In other words, forced.  Very few marijuana users consider themselves in need of treatment.  And  nobody gives up their drug of choice until they themselves really want to, according to the 12-steppers’ collective wisdom.

When Bennett was Drug Czar under George H.W. Bush, he decreed: “‘The simple fact is that drug use is wrong… And the moral argument, in the end, is the most compelling argument.’”

According to Bennett, drug use is immoral because drugs are illegal, and drugs are illegal because they’re immoral. He urged prosecutors to go after casual users whose lives were manageable because their example might send a confusing signal to their friends,  neighbors, and children. He promoted public hospitals’ drug-testing of pregnant women, which resulted in many women losing custody of their newborn babies. (Only poor women have to rely on public hospitals.)

Bennett’s biggest accomplishment as Drug Czar was to increase the budget 52%. After 18 months he declared victory and resigned unexpectedly.  He then served briefly as chairman of the Republican National Committee, but quit the $125,000/year gig when it turned out that he couldn’t pocket the speaking proceeds. “I didn’t take a vow of poverty,” Bennett said at the time. It seemed venal and gross, but later we came to understand.

In 2003 Bennett was exposed in Newsweek and the Washington Monthly as a big-time compulsive gambler who holed up at Las Vegas casinos for three-day binges. Bennett had blown at least $8 million at the slot machines Only profits from his best-seller, “The Book of Virtues,” and its manyspin-offs, plus $50,000 speaking fees, enabled him to avoid debt.

It also came out that he played in a weekly Washington poker game with Supreme Court Justice Scalia, Chief Justice Rehnquist (who took Fentanyl daily for back pain and checked into a rehab spa every summer), and the failed rightwing nominee, Robert Bork.

The Republican Damage Control Team tried put a lid on the story of Bennett’s gambling addiction, employing the same arguments that Bennett’s Drug War victims had used in vain to fend off persecution. There they were on TV: “Why is it anybody’s business?” asked the effete Billy Kristol. “He did no one any harm,” said Tony Blakely (himself a compulsive overeater). “He has taken personal responsibility,” declared Anne Coulter (brushing back a strand of hair thinned by excessive bleaching). “It’s between him and his family,” said another blonde who’d had some bad work done on her lips… The Damage Controllers promptly turned out poor Mrs. Bennett to announce that she would not let Bill take any more “trips.”

Other arguments were splashed on the flames by these Friends of Bill: gambling isn’t a sin to Catholics, gambling is legal, he didn’t go into debt, and so forth.  It was all a misdirection play. What’s reprehensible about Bill Bennett is not his gambling but his monumental hypocrisy. When someone who really understands the force of compulsion tells the world that compulsion can easily be overcome by will, it’s a conscious lie. To imprison people behind that lie is completely immoral.

Joshua Green of the Washington Monthly elicited from Bennett an evasive but revealing quote: “When reminded of studies that link heavy gambling to divorce, bankruptcy, domestic abuse, and other family problems he has widely decried, Bennett compared the situation to alcohol. ‘I view it as drinking,’ Bennett says. ‘If you can’t handle it, don’t do it.’”

A source at a casino told Green that Bennett always tried to slink around unseen. “He’ll usually call a host and let us know when he’s coming. We can limo him in. He prefers the high-limit room, where he’s less likely to be seen and where he can play the $500-a-pull slots. He usually plays very late at night or early in the morning —usually between midnight and 6 a.m.”

Bennett’s connections are so powerful that, after a brief absence, he resumed pontificating on the airwaves. Rosie heard him recently advising parents never to tell their kids that they once smoked marijuana and found it to be harmless. “He said that hypocrisy is better than honesty because it shows you have moral standards. I don’t know about his Catholic schools, but in my Catholic schools we received a moral education, we read philosophers and discussed them, we were taught that you don’t lie and that hypocrisy is completely immoral. Jesus said, ‘You hypocrite, take the beam out of your own eye before you talk about the splinter in someone else’s.’” 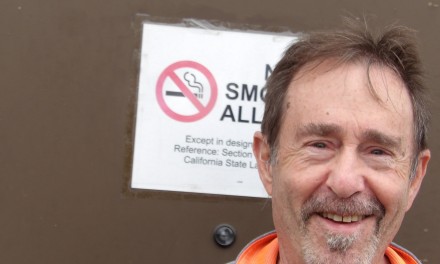 From Cardiology to Cannabis Therapeutics