“Not guilty,” said Jose Gutierrez on Friday, July 13, when Magistrate Judge Donna Ryu asked how he was pleading to the felony charge of assaulting a federal officer. The alleged crime had occurred on April 2, only a few blocks from her courtroom, in front of a cannabis dispensary/coffeeshop that was being raided by agents from the IRS, the DEA, and the Marshals Service.

Earlier that morning the heavily armed raiders had taken down Oaksterdam University —where thousands of people preparing to enter the medical marijuana industry have been educated— and arrested its founder, Richard Lee. Word went out and medical marijuana activists raced to the scene to express their outrage. The protest shifted from OU to Lee’s nearby coffeeshop/dispensary, which was also marked for extinction by the U.S. Attorney’s office. Gutierrez, holding a sign that called the feds “Bullies!” and wearing a mask (of a bull), was in the front line on the sidewalk outside. Apparently the agents seizing computers and Cannabis inside the small cafe felt threatened and called for back-up. Another squad arrived, shoving people aside as they approached the front door.

Some observers say Gutierrez was singled out —two agents went for him before he responded. His supporters hope that members of a Bay Area jury reviewing evidence of the episode will conclude that the beating he’d received was severe-enough punishment for his response to two agents shoving him. (You can see Gutierrez being kicked in the head in the accompanying photo by Michael Short of the San Francisco Chronicle.)

Jose Gutierrez, who turns 50 in August, is the father of children ages fives and two. His wife Sarah Shrader runs the Sonoma County chapter of Americans for Safe Access. They live in Sebastopol, the town where Jose grew up. His brother is a contractor and Jose worked in construction for many years —“everything from framing to roofing.” His back went out in 1999. (“No carpenter makes it past 40 without back trouble,” knowledgable Norm Perry once generalized.) An auto accident in January of this year exacerbated his semi-disabling condition.

When Gutierrez was released on bail, Ryu had ordered him not to smoke marijuana. His pre-trial services officer, Kenneth Gibson, who looks like he spends half his waking hours in the gym, subsequently filed a violation memo expressing suspicion that Gutierrez was using Marinol (an FDA-approved Schedule-III drug for which Gutierrez had obtained a prescription) to cover up marijuana use. At the arraignment Gibson sought an order from Ryu forbidding Gutierrez to use Marinol.

Assistant Federal Public Defender Ellen Leonida challenged the court’s authority to impose such an order based solely on Gibson’s suspicions about her client. She called Frank Lucido, MD, who testified that he had prescribed Marinol for Gutierrez in April because he considered it the likeliest option for pain relief, based on the history he had taken. Gutierrez told Lucido that Cannabis was the painkiller that worked best for him. Lucido took him at his word and prescribed Marinol, which is a source of THC but lacks other beneficial compounds produced by the plant.In response to skeptical-but-polite questioning by Ryu, Lucido consulted Guttierrez’s chart and named two other drugs he had used in the past to treat his back pain: acetaminophen with codeine (generic for Tylenol #3) and the muscle relaxant cyclobenzaprine (generic for Flexeril).

The magistrate, who went to college at Yale and law school at UC Berkeley, kept implying that Lucido should have put the patient on legal painkillers, and Lucido kept reiterating that his obligation was to prescribe the best possible painkiller, based on the patient’s history. Ryu said, “there’s a whole world of painkillers out there,” as if Jose Gutierrez had some kind of ethical obligation to try a few more before she’d consider allowing him to use “the one painkiller in the world that would mask his use of marijuana.”

Leonida informed the judge that there was in fact a lab test —contrary to what Pre-Trial Services claimed— that could distinguish metabolites of the plant from metabolites of Marinol. The musclebound Gibson countered that Pre-Trial Services’ contract with a lab would not cover the more sophisticated test —a dubious assertion that Dale Gieringer of California NORML is seeking to confirm.

As Ryu again remarked the multitude of strong, effective, legally available analgesics, Leonida said “Are you saying he should take opiates because they can be identified [by the Pre-Trial Services lab]?” Ryu replied vaguely that we don’t make the law but we have to follow the law. Her final order was that Gutierrez explore alternatives to Marinol with his physician and report back on Sept. 11.

Afterwards, Lucido thought about things he might have interjected. There are many people for whom Cannabis works better than anything else to relieve various symptoms. It is unlike any other drug in terms of mechanism of action. What else is there to induce appetite? Etc., etc.

Tod Mikuriya, MD, used to describe Cannabis as “a unique immunomodulator that does not fit into any of the existing drug categories. O’Shaughnessy’s published his essay “On What Schedule Does Marijuana Belong?” Some people only make the argument they think has a practical chance of prevailing; Tod always made the argument he thought was true. Cannabis should be the first line of treatment for many medical conditions, he reasoned, based on its benign side-effect profile. If Cannabis is equally effective —not necessarily more effective— than, say, Tylenol, it should be preferred for reasons of safety. Tylenol can cause liver damage, and often does.

PS July 14: We wonder if Donna Ryu read the New York Times op-ed today about the inherent unfairness of judges setting onerous conditions as terms of pretrial release. The cogent essay by law professors Dan Markel and Eric Miller would have reminded her: “Before anyone is proven guilty in a court of law, the Constitution extends the presumption of innocence.”

The authors decry “a pervasive phenomenon hiding in plain sight: the abuse of bail and other pretrial release powers for punitive and rehabilitative purposes.” They “don’t dispute that defendants can be, say, monitored by tracking devices while they are released. But flight risk and crime prevention don’t justify bail condtions… which have far more to do with punishments or moral education techniques. While such sanctions could be permitted after conviction, they are flat-out unjustified before adjudication…

“The use of bail conditions as a means of low-level punishment is more widespread than is generally understood. Drug testing, desisting from alcohol, as well as attendance at rehabilitation programs… have become all-too-familiar requirements of pretrial release…

“Many judicial release orders exhibit confusion about or disregard for the distinction between pretrial release and post-conviction punishment. Judges determining pre-trial release are not authorized to act as social workers or agents of public retribution. They need to stop pretending otherwise.” 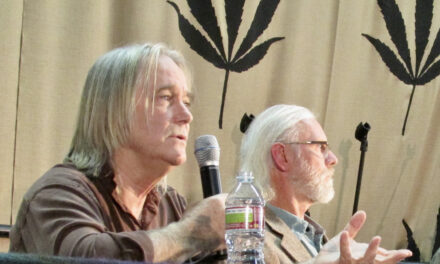 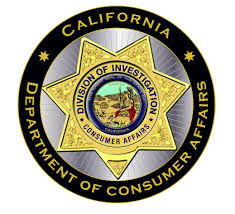