Deborah Malka, MD, provided an introduction to cannabis therapeutics at the Community Hospital of the Monterey Peninsula July 24. The amount of relevant material is so vast that a 45-minute “grand rounds” talk is barely enough time to cover the basics. Malka managed to do it concisely yet thoroughly.

About 50 doctors received Continuing Medical Education credits for attending Malka’s presentation, “Therapeutic Applications of Cannabis: Phytocannabinoid Medicine.” They gave her their undivided attention and the questions they asked were practical. Nobody expressed any dismay about the prospect of including Cannabis as a treatment option.

The moderator, Michael R. Smith, MD, a gastroenterologist, ended the two-hour session with an anecdote about a patient whose severe back pain required such high-dose opioids that he could not evacuate, disabling him to the point that he could no longer work. “We finally tried him on marijuana,” said Smith “and he was able to reduce his opioid use significantly. His bowels were able to function. And he could go back to work.”

Smith called on the hospital’s addiction specialist, who had not posed a question or asked to comment, and who seemed befuddled by having to comment on the herb Malka had been praising. He made some generalizations like, “We know that any drug will pose problems for certain people,” and concluded with the revealing observation, “I know my job is safe.”

Malka is the former medical director of Medicann, a chain of clinics that had approved Cannabis use by 300,000 patients as of 2010 (when she left). One of her slides showed the numbers of Medicann patients presenting with various conditions as of 2007. Malka currently sees patients in Monterey and Santa Cruz for Compassionate Health Options.

Malka used the occasion of her talk to debut a remarkable chart she has designed showing the range of delivery systems for Cannabis-based medicine. More TK in the print edition of O’Shaughnessy’s… Residents of the Monterey Peninsula are truly lucky to have such a well-designed facility. It’s rare that a building put up after World War Two doesn’t degrade rapidly. CHOMP was clean, quiet and calm. 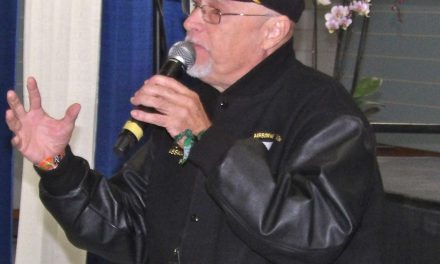