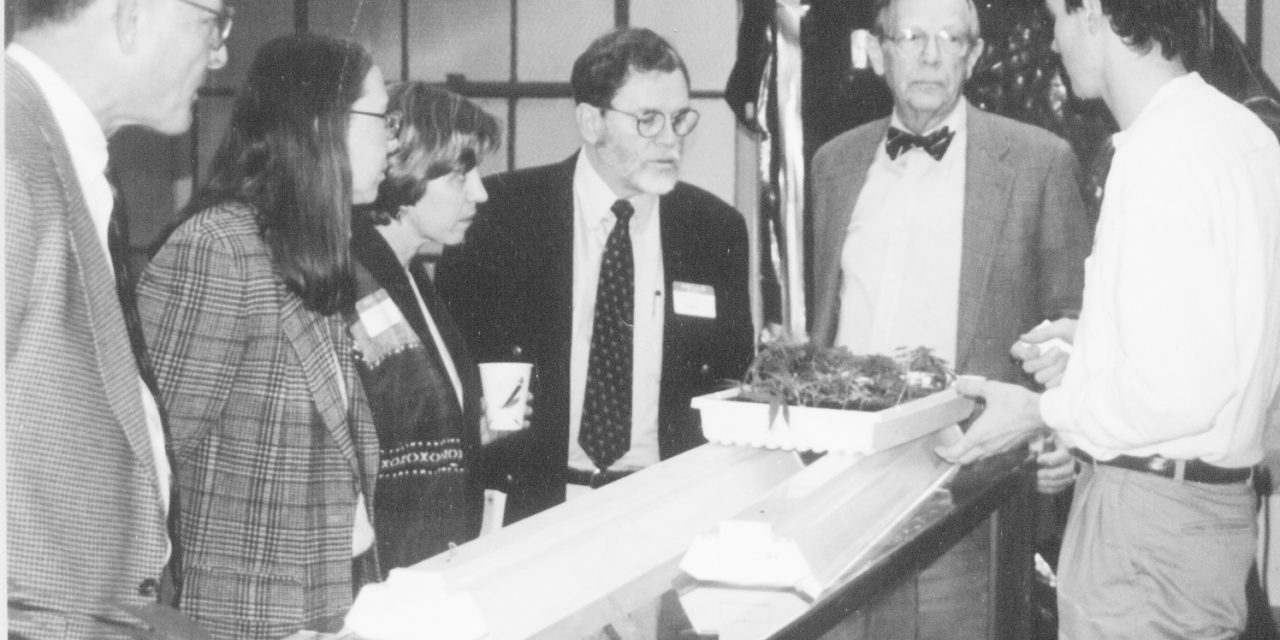 The Institute of Medicine (IOM) will issue a new report on cannabis tomorrow. Entitled The Health Effects of Cannabis and Cannabinoids: The Current State of Evidence and Recommendations for Research Public Release, it will update the IOM’s 1999 report, Assessing the Science Base.

A Stall in the Name of Science is what O’Shaughnessy’s dubbed the IOM’s 1999 report. Here’s the story behind it and a commentary by Tod Mikuriya, MD

Why, you may wonder, was another federal study into the safety and efficacy of marijuana as medicine undertaken in the late 1990s? Here’s the chronology:

On Dec. 30 Drug Czar Barry McCaffrey, flanked by Attorney General Janet Reno, Health & Human Services Secretary Donna Shalala, and NIDA head Alan Leshner held a press conference to declare the Clinton Administration’s opposition to medical marijuana. Mc-Caffrey declared, “This isn’t medicine, this is a Cheech and Chong show.” He warned that MDs who approved marijuana use by patients could lose their licenses.

McCaffrey abruptly changed his line to “More research is needed.”

McCaffrey’s threat evoked a strong response from doctors, who joined a suit organized by the ACLU and the Drug Policy Alliance to enjoin federal retribution. Someone must have explained to 4-Star Gen.McCaffrey that a new strategy was called for —a stall in the name of science—because he abruptly changed his line to “More research is needed.”

In January ‘97, McCaffrey announced that his office would allocate $1 million for an 18-month study of the medical potential of marijuana by the Institute of Medicine (a branch of the National Academy of Sciences, whose function is to give the government objective answers to scientific questions).

On Jan. 30 an editorial in the New England Journal of Medicine (NEJM) derided the U.S. government’s policy as “misguided,” “hypocritical,” “out of step with the public,” and “inhumane.”  On the very day the NEJM editorial appeared, Harold Varmus,  director of the National Institutes of Health,  announced a special conference to resolve “the public health dilemma” raised by the passage of Prop 215. “I don’t think anyone wants to settle issues like this by plebiscite,” said Varmus, calling instead for “a way to listen to experts on these topics.”

The conference was held Feb. 19-20 and, not surprisingly, the NIH experts called for clinical trials in many areas, maintaining that there was no proof that marijuana was safe and effective medicine:

“Evidence that marijuana relieves spasticity produced by multiple sclerosis and partial spinal cord injury is largely anecdotal… There is scant information on the use of marijuana or other cannabinoids for the actual treatment of epilepsy… Nausea and Vomiting Associated With Cancer Chemotherapy: The relative efficacy of cannabinoids versus these newer antiemetics have not been evaluated…. There are no controlled studies of marijuana in the AIDS wasting syndrome, nor have there been any systematic studies of the effects of marijuana on immunological status in HIV-infected patients.” Etc., etc.

The investigators named to lead the IOM study were Stanley J. Watson, Jr. a mild-mannered psychiatrist from the University of Michigan and John A. Benson, Jr., a silver-haired, bow-tie-wearing professor emeritus from Oregon Health Sciences University. After holding a public hearing at UC Irvine in December ‘97, the IOM team visited cannabis buyers’ clubs in the Bay Area.

At the Oakland CBC they were addressed by Tod Mikuriya, MD, a Berkeley psychiatrist who had devoted his career to studying cannabis as medicine. “The passage of Prop 215 has made clinical research possible once again,”  Mikuriya explained.  He described the club’s intake form, which defined illnesses according to conventional ICD-9 codes, and his efforts to gather information about individuals’ use patterns and the impact on their illnesses. He emphasized the advantages of vaporization over smoking.

After holding two more public hearings, the IOM took a year to review the relevant medical literature and write its report.  In this period, McCaffrey and his lieutenants (many of whom were indeed transfers from the Pentagon) lobbed grenades of disinformation at the American people. “We Should Use Science, Not the Ballot Box, to Minister to Disease,” wrote McCaffrey, echoing Varmus, in one of his syndicated op-ed pieces. “Crude marijuana contains more than 400 chemicals, and we know the effect of only a few… The active ingredient in the cannabis leaf, THC, is synthesized in measured dosages as Marinol, a prescription drug that has been available for years.”

“Crude” marijuana means the plant as it grows in nature. Among some 600 components, the main psychoactive ingredient is THC. The effects of some of the other major components have been determined.  Marinol comes in a knockout dose, whereas drawing on a joint gives patients the precise minimum amount of the drug needed to alleviate their symptoms ASAP.

“No one argues that people should eat moldy bread instead of taking a penicillin capsule,” wrote McCaf-frey. (More relevant is the fact that penicillin was approved for use after its efficacy was proven on just six patients.)  “If components of marijuana other than THC are found to be medically valuable,” he reassured the American people, “the current scientific process will approve those components for safe use.”

Having claimed for years that marijuana had no beneficial effects whatsoever, the drug warriors now promised that the pharmaceutical industry would deliver us the “good” part of the plant without the “bad.” Which is fine —many people want the anticonvulsant effects without psychoactivity. What’s reprehensible is keeping the plant illegal while “more research” gets conducted indefinitely.

• confirmed that marijuana has been effective in treating chronic pain, nausea from cancer chemotherapy, lack of appetite and wasting in AIDS patients.

• strongly advocated research into and development of cannabinoid drugs.

• debunked the notions that marijuana is addictive and that its use leads to heroin and cocaine use.

•  noted that marijuana has a lower potential for abuse than alcohol or tobacco, and is safer than many commonly used drugs.

The report contained strong warnings about the dangers of smoking

However, the report contained strong warnings about the dangers of smoking and saw “no future in smoked marijuana as medicine.” The IOM team did not recommend using marijuana in the treatment of Parkinson’s or Huntington’s diseases, seizures, migraines, glaucoma, and many other ailments for which patients and doctors contend that it provides relief.

President Clinton’s spokesman, Joe Lockhart, summarized the IOM report thus: “What we found out is that there may be some chemical compounds in marijuana that are useful in pain relief or anti-nausea, but that smoking marijuana is a crude delivery system. So I think what this calls for is further research.”

Tod Mikuriya called the IOM  report “an exercise in bureaucratic consensual unreality. The narrow definition of the ‘science base’ has been degraded, contaminated, and deprived of clinical experience for more than 60 years by academic science and medicine.

“The IOM conspicuously chooses to exclude or minimize therapeutic efficacy for a variety of chronic illnesses. Acute mental effects of cannabis on recent users are misleadingly presented as effects on chronic users. The IOM researchers conveniently ‘distanced’ from and discounted numerous subjective accounts from patients. Their chronic skepticism —rationalized as objectivity yet politically driven— is grotesque and unethical. They did not look at data from when marijuana was in clinical use prior to Prohibition.

“The IOM investigators went to great lengths to get input from medical marijuana users, but they failed to incorporate it in their findings. For example, they warn about the dangers of smoking, but fail to note the proactive efforts of users to develop less harmful vaporization techniques.

“Unwillingness to believe or trust numerous cannabis users is the worst aspect of the report and results in a lack of clinical information. Left out is the reason patients use cannabis in the first place —it works, and with minimal toxicity for chronic conditions.

“By failing to acknowledge the relative freedom from adverse effects (when cannabis is compared with “conventional” medicines) the IOM perpetuates the false stereotype of a dangerous drug. The investigators made a conscious decision to avoid discussing the stress and harm caused by inappropriate use of the criminal justice system and widespread medical ignorance. Why? Negligent design! All previous studies —starting with the Indian Hemp Drugs Commission in 1894— included sociopolitical information.

“The recommendation to limit short-term treatment to six months ignores the needs of patients who suffer from serious chronic illnesses, i.e., most patients who could benefit from cannabis.

“Another error of omission is the use of cannabis as a treatment for patients suffering from mood disorders, alcoholism, and other chemical dependence. Substituting cannabis to reduce harm to the user has been known since 1843 and widely cited in medical and pharmaceutical literature until the Prohibition of 1938.

“It is worth recalling —and highly ironic— that the initial motivation for the medical marijuana movement was the 1991 decision by Undersecretary of Health, James O. Mason, MD, to close down the compassionate IND [Investigational New Drug] program. This cruel and unethical act in the midst of the AIDS epidemic sparked a populist revolt.

“Starting with Dennis Peron and AIDS activists in San Francisco, cannabis buyers clubs were formed on a ‘speakeasy’ model enabled by local political support. Medical marijuana users found shelter from predation on the streets. Fellowship with other patients provided respite and a safe haven for victims of chronic illness. The California cannabis centers represented a rebellion against the prohibitionist-corrupted breakdown of healthcare delivery.  In November, 1996, voters showed that the rebellion had majority support by passing the California Compassionate Use Act —despite opposition from the White House and the California Attorney General’s office.

“ The government authoritarian whiners rationalized their defeat by saying California voters were led astray by monied legalizers like financier George Soros— all the time spending millions of tax dollars and utilizing the half vastness of federal agency resources.

“Even with their pseudo-cautious and tunnel vision definitions they delivered a product that contradicted McCaffrey’s prevarications. Medicinal use of cannabis is not a Cheech and Chong show! Cannabis has medicinal utility!

“Neither the composition of cannabis nor human physiology has changed since the drug was removed from prescriptive availability in 1938. Only ignorance and harmful political dogmatism prevail.”

Mikuriya called for cannabis to be “grandfathered in”  as a federally approved herbal medicine. He noted that in 1954, when the FDA  began to require that manufacturers of new drugs explain their mode of action, the makers of aspirin and morphine —drugs widely used for more than half a century— were exempted. Mikuriya proposed that cannabis should be treated similarly because its removal from the formulary had been based on factual misrepresentations to the Congress. 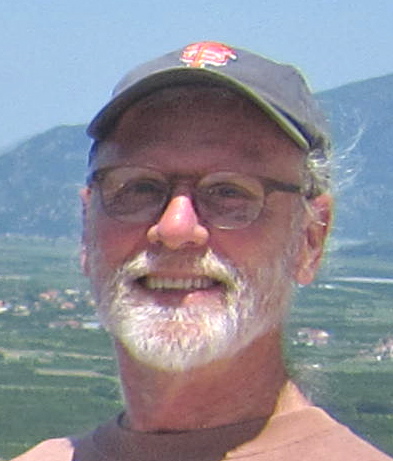 Is Cannabis-Based Medicine a Viable —and Valid— Specialty?