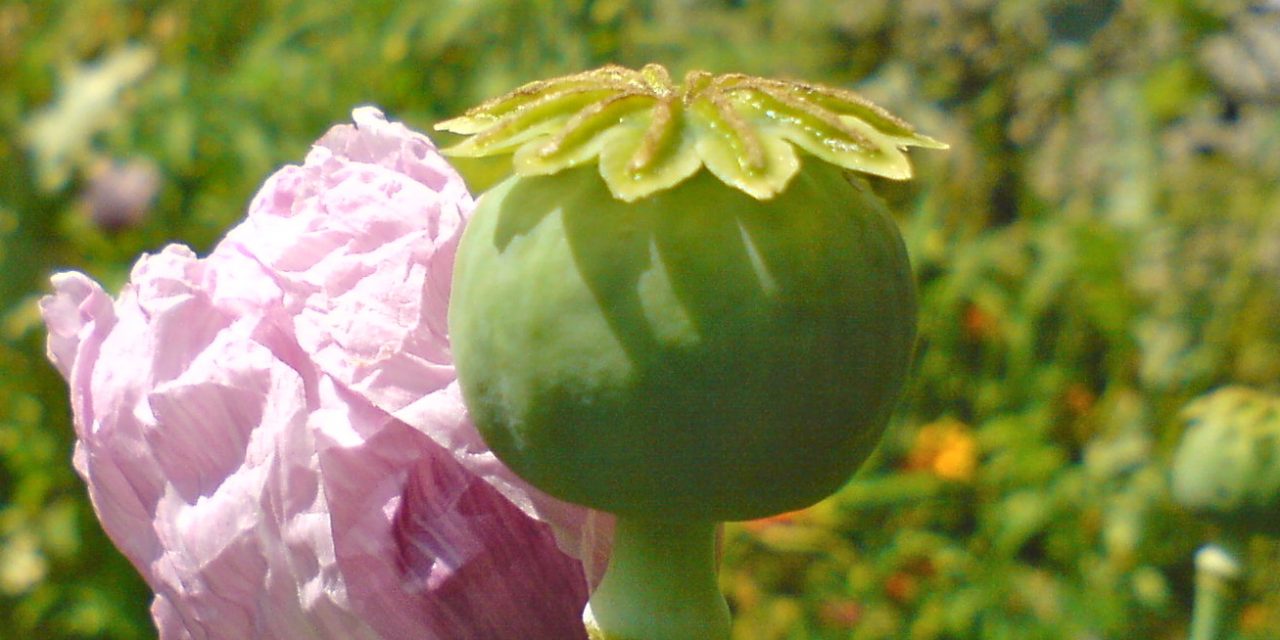 By Dale Gieringer  Relevant background as the nation struggles with a deadly, worsening opiate epidemic. First published in O’Shaughnessy’s Autumn 2009, slugged “A Century of Failure.”

On February 9, 1909, Congress passed the Opium Exclusion Act, barring the importation of opium for smoking as of April 1. Thus began a hundred-year crusade that has unleashed unprecedented crime, violence and corruption around the world -a war with no victory in sight.

Long accustomed to federal drug control, most Americans are unaware that there was once a time when people were free to buy any drug, including opium, cocaine, and cannabis, at the pharmacy. In that bygone era, drug-related crime and violence were largely unknown, and drug use was not a major public concern.

The Opium Exclusion Act applied only to the opium processed for smoking that was favored by Chinese immigrants -not the medicinal opium that white Americans commonly kept in their household medicine cabinets. Smoking opium had attracted unfavorable notice from temperance advocates, missionaries and moral reformers. Inflamed by anti-Chinese sentiment, San Francisco had outlawed public opium dens in 1875 and many other communities with Chinese settlements followed suit. Nonetheless, the private use and commercial sale of smoking opium remained legal, with import duties yielding a million dollars per year to the U.S. Treasury.

Congress was moved to Act in 1909 not by any drug abuse crisis, but by foreign policy concerns.

Per capita opium use had begun to decline by 1900, and only one in a thousand Americans indulged in smoking opium.Nonetheless, the State Department determined that an initiative against opium smoking would be useful in opening the door to China, which had long chafed under British compulsion to allow the opium trade. At the invitation of Theodore Roosevelt’s administration, an international commission was convened in Shanghai in December 1908 to sign a treaty ending the trade -the first step in what would become a far-reaching international system of drug control. As a gesture of good faith, the State Department called on Congress to pass legislation that would ban the importation of smoking opium, thereby creating the first illegal drug.

The Opium Exclusion Act was the opening shot in the U.S. war on drugs. Across the country, Customs and pharmacy agents moved aggressively to arrest smugglers, confiscate contraband, and raid and bust dealers and dens. California, at the forefront of the war on Chinese smoking opium, went beyond the federal ban on importation by outlawing simple possession as well, thereby inventing a new class of criminals, illegal drug consumers. The new law was challenged by Yun Quong, a Chinese Californian who plausibly argued that it violated his rights to liberty and property. The state Supreme Court ruled otherwise, opening the way for mass criminalization of illegal drug users in subsequent years,

In the short run, the crackdown produced dramatic results, creating a shortage that forced prices through the roof. The LA Times pronounced the new law as “the death sentence of Chinatown,” reporting that “dozens of them are dying monthly because forced to abstain from the ‘dream pipe’.” (“Without Opium, Chinamen Die,” Aug 17, 1909). Before long, however, it became obvious that the opium trade hadn’t halted, but rather been taken over by criminal traffickers.

Authorities responded by escalating the war with an unprecedented wave of raids and arrests. In California, a new law was passed to ban opium paraphernalia. Pharmacy agents were duly dispatched into Chinatown, where they staged gigantic public bonfires of seized opium, pipes, and outfits. While the dens managed to survive for years to come, many users moved on to other, more potent forms of opium, such as morphine, which was more legal and readily available.

Congress moved to close this loophole in 1914 by passing the Harrison Act, which prohibited all non-medicinal use of opium, morphine, andcocaine. Once again, a short-term shortage developed, followed by longer-term black market problems. Before long, the Los Angeles Times reported a “saturnalia of violent crime” by drug fiends, which police attributed to the price pinch caused by state and federal restrictions. (“Drug Fiends Make Crime Wave,” Nov. 30, 1919).

Drug crime and violence would become a staple item in the press in coming years as drug prohibition took root. An ever-expanding list of new drugs was prohibited, from cannabis to coca leaves to mushrooms and peyote. Penalties escalated from misdemeanors to felonies. Yet none of this prevented an explosion of drug use in the 1960s and ’70s. In response, yet more laws and penalties were enacted, causing drug cases to skyrocket once again in the ’80s and ’90s, by over 300%.

The U.S. government has spearheaded the major international drug prohibition efforts. Following the Shanghai Commission, another anti-drug conference was convened at U.S. urging, the Hague Convention of 1912. U.S. representatives imposed a tough prohibitionist line, overcoming reluctance by other nations like Britain. U.S. narcotics authorities, led by the infamous Federal Bureau of Narcotics Commissioner Harry Anslinger, drafted the Single Convention treaty of 1961, which obliges every country in the world (except North Korea, the only non-signatory) to tow the U.S. line on drugs -ignoring alcohol and tobacco, but prohibiting drugs traditionally allowed in foreign cultures, such as coca and ganja.

U.S.-inspired United Nations treaties in 1971-2 and 1988 added a long list of other prohibited drugs and also required signatory countries to criminalize their possession. The result of this so-called “international drug control” has been unprecedented prohibition-related drug crime, corruption and violence around the world. In Colombia, U.S. taxpayers have spent more than $3.5 billion in anti-narcotics aid fighting a decade-long insurgency funded by the coca crop. In Afghanistan, the U.S. has been losing the hearts and minds of farmers who would rather profit from the sale of opium than see their fields bombed and destroyed.

Under new rules, U.S. forces can now bomb drug labs if their analysis shows that it would not kill “more than 10 civilians.” InMexico, more than 6,800 have been killed by drug gangs fighting to meet the demands of U.S. consumers.Innocents are killed inbotched drug raids and prohibition-related gang wars and robberies on both side of the border.

Early 20th-century Americans would be astounded to see what a problem drugs have become since the establishment of drug prohibition. Every year, two million Americans are arrested and 400,000 imprisoned for drug offenses that did not exist in their time.

Drug laws are now the number-one source of crime in the U.S., with one-half of the entire adult population having violated them. Long gone are the days when Americans were free to keep opium in their closet; today, even gravely suffering patients are denied pain-killing narcotics by their doctors out of fear of federal prosecution. While smoking opium has faded from the scene, the country is now rife with more potent and lethal narcotics, which are widely sold on the illegal market.

In 1937 the federal government banned all uses of cannabis -medicinal and industrial, as well as social relaxant. Federal courts have upheld this policy by ruling that Americans have no right to use government-unapproved drugs even when necessary to save their own lives. Yet despite the growth of the drug-police-state, Americans are no less free from addiction than they were when the market prevailed. The drug addiction rate of a century ago has been estimated by historians at around one-half per cent.  Today (2007) the rate is said by NIDA researchers to be 2%.

Seen in retrospect, drug prohibition ranks as one of the great man-made disasters of the 20th century. This March, on the 100th anniversary of the Shanghai Commission, the U.N. Committee on Narcotics will be meeting in Vienna, to discuss the next decade of international drug control. Last year, a U.N. Conference of North American NGOs in Vancouver expressed “great dissatisfaction” with the current system and suggested replacing prohibition with a “regulated market respectful of human right and public health principles.” Discussion of such fundamental reforms is nowhere near the table due to the powerful opposition of the drug-law-enforcement establishment.

Dale Gieringer, Ph.D., is the director of the Drug Policy Forum of California and author of numerous articles on the history of prohibition and marijuana control. He is also the California coordinator for the National Organization for Reform of Marijuana Laws (NORML). He lives in Oakland California. He can be reached at dale@canorml.org. 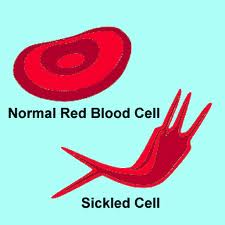 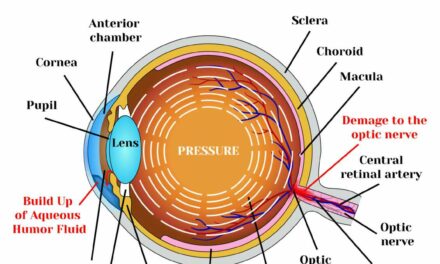