African Americans account for 13% of the population and five percent of US physicians. The NY Times ran a terrific piece by Damon Tweedy, MD, a psychiatrist affiliated with Duke University, about the shortage of black doctors and its ramifications.

Reducing the number of traditionally black medical schools was a specific goal of the famous “Flexner Report,” commissioned by the Carnegie Foundation in 1910 to serve as a blueprint for promoting “scientific medicine” in the U.S.  In the decades ahead, practitioners of “scientific medicine” would demolish competition from herbalists, homeopaths, and all others who had not been trained at elite medical schools (whose labs and hospitals required underwriting by the wealthy, and whose tuition fees effectively excluded working-class students).

The triumph of scientific medicine made possible the cannabis prohibition of 1937 that prevails to this day. Scientific medicine disrespects “crude” herbs. It recognizes that certain plants contain specific active ingredients that can be isolated, synthesized, and marketed as medicine.

Flexner’s extremely influential report was a sexist, racist document. This is from “The Controversial Journey of Abraham Flexner,” by Mark D. Hiatt:

Flexner argued that there was no need for medical schools specifically devoted to women and recommended that all three such schools be closed. He explained that “it is clear that [women] show a decreasing inclination”to enter the profession because “any strong demand for women physicians or any strong ungratified desire on the part of women to enter the profession” may be “lacking.”  Flexner also recommended that “the seven medical schools for negroes” be reduced to two; he considered five to be “ineffectual”and “in no position to make any contribution of value.” Flexner argued that the two schools should remain operational because there would always be a need for African American physicians, even though the “medical care of the negro race will never be wholly left to negro physicians.”African Americans, being “a potential source of infection and contagion,” needed their own physicians. Flexner further recommended that “hygiene rather than surgery” be “strongly accentuated” in these schools. The report, with its patronizing tone toward African American institutions and physicians, set the pattern for admitting minorities into medical schools that persisted for several decades; between 1920 and 1964, less that 3 percent of students entering American medical schools were African American.

Getting back to Damon Tweedy in the Times, his description of one patient should remind those preoccupied with the wonders of cannabis that a drug may assuage depression without touching its causes:

“…a recently retired black man who had been referred to me for treatment of depression. He had become increasingly dispirited by the fact that the town where he had raised his children had transformed into a community full of poor schools, single mothers and young black men in the criminal justice system.

“Rather than prescribe him an antidepressant pill, as another doctor had done, I encouraged him to talk in depth about his early life in the 1940s and ’50s and the positive influences that had helped him succeed. Discussing his life in this way made him feel more confident about his ability to touch other lives, even though he couldn’t fix larger social problems. He helped put together a local program that introduced poor black kids to chess and golf, an endeavor that made him feel better than he had in many years.”

On the other hand, in advertisements for clinics and hospitals, 42 percent of the doctors are played by black actors projecting competence and good cheer. 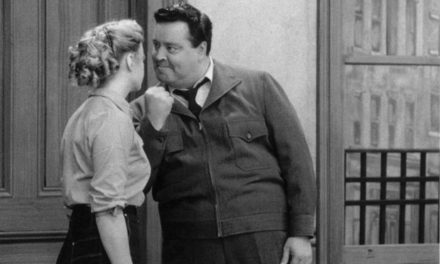