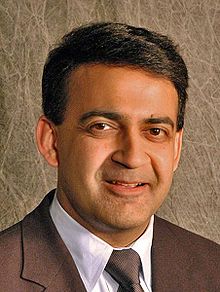 “I reviewed the suggested regulations. I can’t find the place where it talks about the limit on the number of recs or what that number might be per month or ?? Do you have this info?”

Retro Message:  The FSMB’s 14-page ‘Model Guidelines’ don’t give specifics —they endorse certain algorithms to trigger investigations in the appendix, below five pages of “references” (ain’t we evidence-based?), under the innocuous heading: “Registration.” They describe them as “common factors oversight agencies rely on in referring physicians to the state board for possible abuse of marijuana recommendations.”

Thanks very much for forcing us to re-read the FSMB document, because we noticed another onerous algorithm that would make some doctors think twice before issuing approvals for use by adults under age 30.

Many states that permit the recommendation of marijuana to patients for the treatment of serious medical conditions have laws establishing a registry to track and monitor the utilization of marijuana in patient care.8

In these states, physicians recommending marijuana to patients for the treatment of conditions are required to register with the regulatory agency overseeing the marijuana program, and must provide the registry with information each time a recommendation is issued. The state’s registry is required by law to regularly perform analyses of the number of recommendations issued.

With the statistical review of physician recommendations, the regulating agency periodically determines whether a physician should be referred to the state medical or osteopathic board for review and possible sanction.

The following are common factors oversight agencies rely on in referring physicians to the state board for possible abuse of marijuana recommendations:

1. Physician caseload as determined by the number of patients for whom marijuana is recommended. A high caseload is calculated as 3,521 or more patient recommendations in one year for a general practitioner. This reflects the recommendation of patients equal to or greater than the national average of patient visits per year for a generalist physician as reported by the Centers for Disease Control and Prevention (Co. Registry Policy # 2014-04_001);

2. The plant and ounce recommendations by the physician. Physicians recommending an amount of marijuana above the standard set within a state’s statutes will be referred to the state medical board for review;

Here’s the whole 14-page document, the FSMB’s  “Model Guidelines for the Recommendation of Marijuana in Patient Care.”  Read ’em and weep. —Fred Gardner