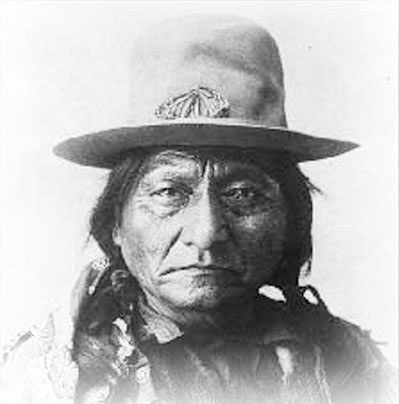 “Once in Chicago while performing with Buffalo Bill Cody’s Wild West,” writes Roxane Dunbar, “Sitting Bull spoke through his translator to the huge crowd of ragged white men, women, and barefoot children: ‘I know why your government hates me. I am their enemy. But why do they hate you?’”

Robert Altman’s great movie “Buffalo Bill and the Indians” depicts the context. It’s the dawn of the age of hucksterism, when corporations were first exerting their power and influencing American culture. Paul Newman plays Buffalo Bill, who runs and is the star attraction of a traveling show. One of the “acts” on display is laconic, brilliant Sitting Bull.

The Sioux leader’s image and his profound question —“Why do they hate you?”— comes to mind with each example of the U.S. government’s willingness to see its citizens suffer and die in pursuit of corporate interests. 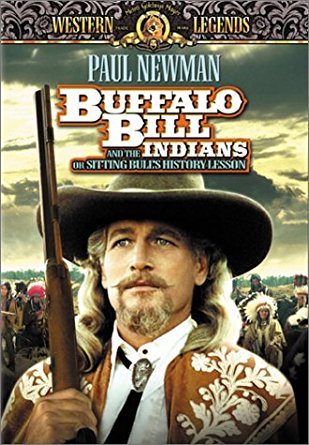 The examples are coming at us in a sandstorm these days. Exhibit A is the attempt to occupy Iraq on behalf of the oil companies. Exhibit B is the government’s complicity in approving and actually promoting pharmaceutical drugs with harmful side effects while prohibiting the safest pharmacological agent known to mankind —Cannabis.

Hardly a day goes by without news of the government seeking to justify corporate practices that are literally killing us. To protect the beef producers the feds won’t allow thorough testing for Mad Cow disease. To protect the poultry producers they tolerate high levels of salmonella in chicken, and even 500 ppb of arsenic!

Here at O’Shaughnessy’s we’ve had an example of endangerment-by-corporate-arrogance hit home. Tod Mikuriya strongly suspects that Lipitor, Pfizer’s blockbuster statin drug, had a damaging effect on the lining of his biliary tract. Mikuriya was put on Lipitor three years ago to lower his cholesterol following coronary bypass surgery. He has had three patients who attribute similar adverse effects to Lipitor, including itching, a feeling of cold, and digestion problems.

A lawsuit filed this Spring by a Teamsters health-insurance fund charges that Pfizer execs unethically promoted sales of Lipitor. (Since 2001 they’ve sold $46 billion worth, including $12.1 billion last year, making Lipitor the world’s best-selling drug.)
The suit, according to the Wall St. Journal,

“cites internal Pfizer marketing documents, Pfizer-funded studies and physician-education programs that encourage doctors to use Lipitor early in treatment, despite the risk of side effects in some patients. Pfizer says side effects with Lipitor are generally mild, such as stomach upset, but the drug has been associated in rare cases with muscle damage and liver problems.”

They’re willing to endanger our health to sell their products.

“Rare cases” of a drug taken by millions equate to thousands of individual catastrophes. The pharmaceutical manufacturers claim that the benefits their compounds confer on the many far outweigh the damage they cause a few. (The Journal asserts that Lipitor “has helped millions of people avoid or manage coronary artery disease, including heart attacks and strokes.”) The sanctity of the individual —which the Wall St. Journal proudly invokes in explaining the superiority of capitalism to socialism— couldn’t stand up to cost-benefit analysis.

The corporate decision-makers relate to us as customers, not as people. Their ad campaigns are folksy and friendly, as if they’re “good neighbors” concerned about our health —but they’re really stock owners intent on maximizing their profits. They’re willing to endanger our health to sell their products.

That’s not the way you treat people you respect and love. It’s more akin to contempt and hate. And therein lies the answer to Sitting Bull’s question.  —Fred Gardner (O’Shaughnessy’s, Spring 2006)