Writing last week’s column in support of Andrew Wiggins, my mind was poisoned by hatred for Johnson & Johnson & Joe Lacob. I was restored to perspective by an MD I trust, who emailed:

“In the first place, allergic reactions to acetaminophen are really rare, and most people who complain of ‘allergic reactions’ to common medications are not, in fact, allergic to them. The ratio of claimed penicillin allergy to actual penicillin allergy is, as I recall, >10. That is, I wonder what actually happened to him. (There are lots of acetaminophen combo products, with ‘Tylenol’ as part of their trade name. Did he take one of those?)

“Acetaminophen is definitely hepatotoxic, but that reaction is not allergic, and wouldn’t be treated with an Epi-Pen. In my emergency practice, I saw several cases of acetaminophen hepatotoxicity, always from deliberate ODs.

“Ignorant people who are implicitly or explicitly encouraging others to decline proven pandemic-control measures should of course be treated respectfully, but their public pronouncements should be treated with contempt and derision. That may be a tricky path to tread.”

I stand corrected, but I’m not quitting the Andrew Wiggins Defense Committee. As a young athlete who earnestly regarded his body as a temple, Wiggins was made sick by a medicine whose safety had been vouched for by Capital-S Science. He didn’t seek to make any public pronouncements. The Warriors front office did nothing to protect him from the media’s howling jock-sniffers.

“Why do you have it in for Joe Lacob?” another correspondent asked.  After he became principal owner of the Warriors in 2010, Lacob wangled virtually free advertising for himself on a public school playground in Alameda. (Team Lacob spent a few grand repaving the court and replacing the backboards.) Every day for more than a year, thousands of people drove by this privateer’s intrusion into our commons. The Warriors, Bank of America and Toyota all had their logos on display for the children to notice during PE. (It’s so important to build brand loyalty when they’re young.) And while Lacob was displaying his love for our town, he was arranging to move the team across the Bay to San Francisco. How annoying it must have been for him and his cronies to get caught in traffic with hoi polloi en route to games at the unclassy Oakland Coliseum. I’m sure Joe reassured everyone in the limo that this ordeal was only temporary.

Lacob is widely credited in the media for his willingness to pay the NBA’s “luxury tax” in pursuit of great players and for his ability to drive a shrewd bargain. During the second quarter of the last pre-season game, the principal owner joined the TV announcers for 10 minutes of cliche-sharing. Bob Fitzgerald was super-obsequious to the boss while Kelenna Azubuike said little. Lacob congratulated himself on signing Otto Porter, Jr. and Nemanja Bjelica to NBA-minimum contracts.

The ostensible purpose of so-called luxury tax is to impose parity among the teams. It kicks in when a team spends more on players’ contracts than a designated amount (the so-called luxury-tax “threshold”). The more a team’s payroll exceeds the threshold, the higher the luxury-tax that must be paid to the other owners.

The luxury tax “threshold” for the upcoming season was set by the NBA (the owners’ consortium) at $137 million. The Warriors’ payroll is just under $180 million, which exceeds the threshold by $38 million. The bottom line is that Lacob et al will have to pay about $150 million in luxury tax. Lacob has described this prospect as “dire,” and the media constantly remind fans that we should be grateful he’s willing to shell out. How grateful, I wondered, on the back of an envelope.

Lacob is worth $1.2 billion, according to Forbes.com.  (A billion is a thousand million, I sometimes have to remind myself.)  The Forbes site also informs us that Lacob “led an ownership group that in 2010 paid $450 million for the Golden State Warriors NBA team. The value of the team is up almost tenfold since then, and his 25% stake is worth more than $900 million, net of debt.”

So the principal owner will be paying 1/4 of $150 million towards the luxury tax. That’s $37.5 million (assuming his lawyers can’t lower it with write-offs). If the value of Warriors franchise keeps rising at the same rate —and given the spiraling inflation it almost certainly will— Lacob’s stake will go up by about $90 million this year.

The cheapest seats at Chase Center are $71 per, the cheapest beer $12, and parking costs $40. The NBA League Pass on Xfinity costs $199. That’s my idea of a luxury. 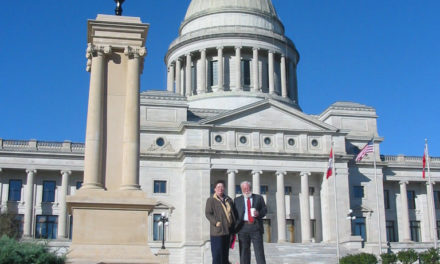