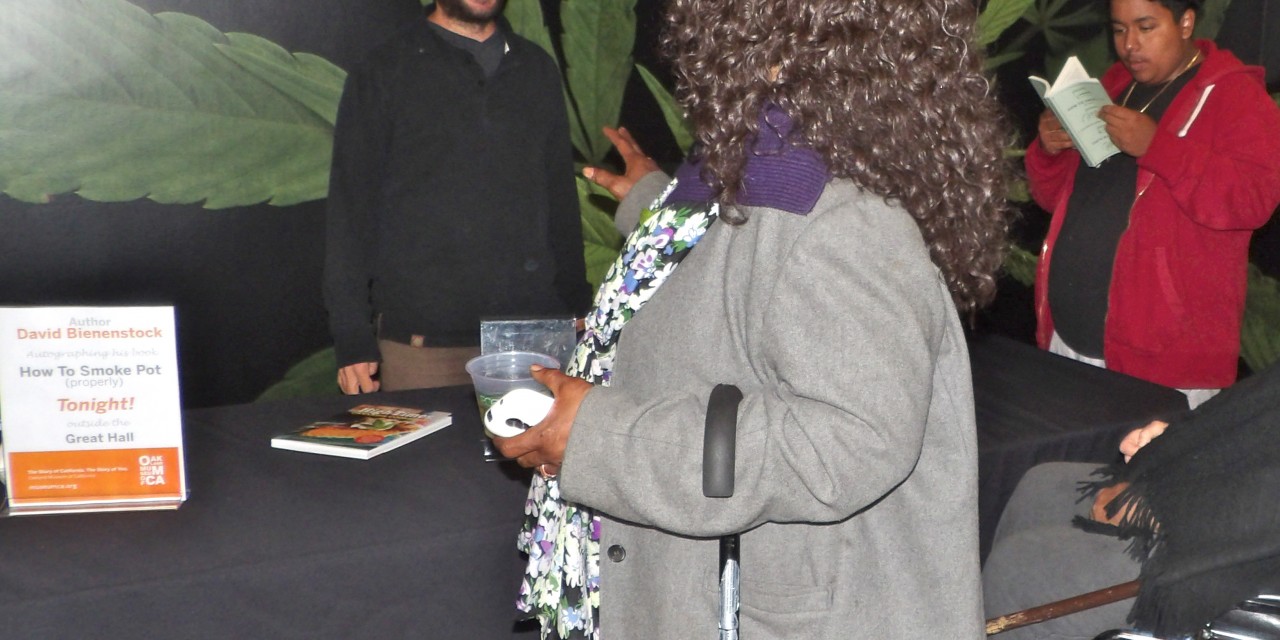 David Bienenstock was promoting his new book, How to Smoke Pot, at the Oakland Museum’s “Altered State” exhibit Friday evening (May 20). 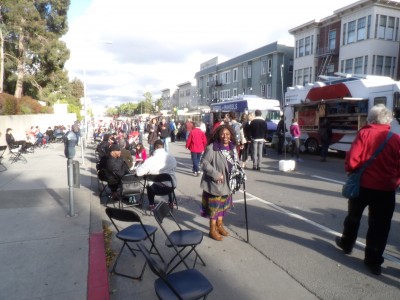 Food trucks alongside the Oakland Museum

Unbeknownst to me and Paula Beal when we headed over, an array of food trucks park alongside the museum on Friday nights and Oaklanders flock to the scene. We got a miraculously good parking spot and delicious pupusas.

The show, which has pro-and-con film clips and memorabilia, was thin and kitschy for those of us who had taken part in the medical marijuana movement, but interesting and informative for people who had never smelled a bud or seen a living cannabis plant in its vegetative stage. 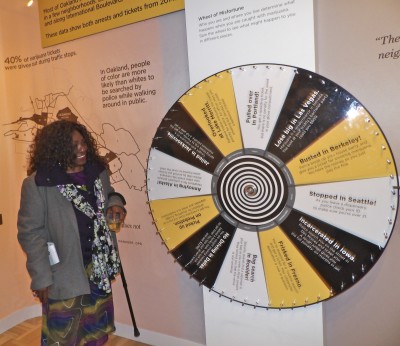 Wheel of Punishment for Possession

The coolest thing, we thought, was a wheel of misfortune describing your fate if caught possessing cannabis in various jurisdictions. Me and Paula both got “pulled over in Portland” and had to pay the speeding ticket (but not punished for mj possession).

The marijuana show has been a great draw for the museum. We wandered through like incognito performance artists —nobody knew that she was a true pioneer who had collected signatures for Proposition 215 in the winter of 1995-96, or that I had covered the campaign. There was a small photocopy of the iconic “Yes on 215” poster. If they’d asked me I would have lent them the real thing…  Ed Rosenthal probably has ten times more memorabilia in his garage than the “Altered State” curators assembled.

Paula’s husband died in 1999 of bladder cancer —a typically fast-moving cancer that he held at bay for 10 years. She was awed and grateful for the relief her man got from marijuana (obtained from Dennis Peron). In his honor she opened the Willie Beal CHECK NAME Cannabis Center off International Boulevard in Oakland. She kept it going for more than five years but landlords raising the rent forced her popular little club from one location to another to another, and by 2005  she couldn’t afford to stay open. Today Paula doesn’t have a niche in the industry and is an advocate for the displaced. —Fred Gardner