A Score at the Used Bookstore 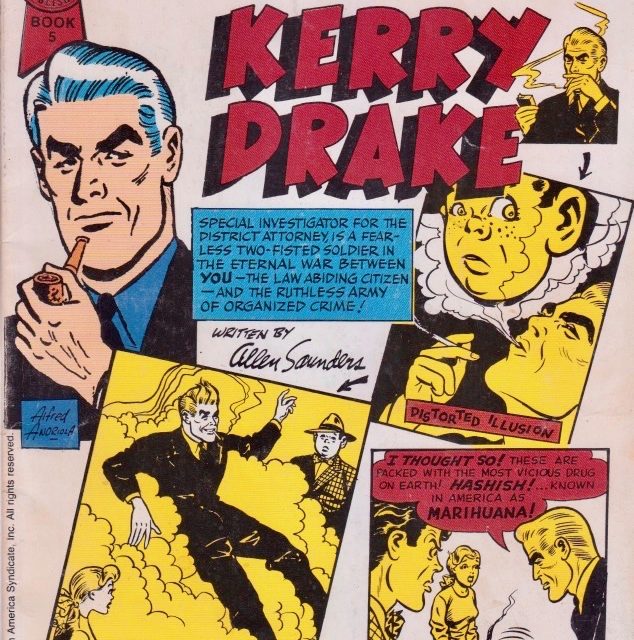 Kerry Drake was an “ace investigator for the D.A” in a comic strip widely syndicated in US newspapers. Written initially by Allen Saunders and drawn by Alfred Andriola, the strip ran from 1943 to 1983. New American Syndicate issued a book of Kerry Drake strips in 1987. The featured episodes were from 1946, when Kerry —”handsome, fearless, resourceful”— and his devoted flunky Firetop and his desirous secretary Sandy Burns confront the marijuana menace. I found that book last night on the bargain stand outside Alameda’s lively used bookstore, Rocket Reuse.

New American Syndicate was not being campy in choosing this set of strips from among thousands portraying Kerry Drake’s triumphs. In 1987 Ronald Reagan was entering his second term and Just Say No was the national slogan.  An “Editor’s Note Concerning This 1946 Drug Story” explained:

“A respected friend of mine once told me that he first read the ‘Meatball’ story at the age of seven. He never forgot it. Years later during a time when it was ‘accepted’ behavior to smoke pot, he remembered this story and refused to be forced into the scene by peer pressure. It’s good to know comics do have a positive influence on the young!”

“Meatball” is the name of the villain/dealer in the anti-marijuana Kerry Drake strips carried by  the St. Louis Post-Dispatch, the Washington Star, and hundreds of other US newspapers in 1946. World War Two was over but Reefer Madness was taking hold of the culture. 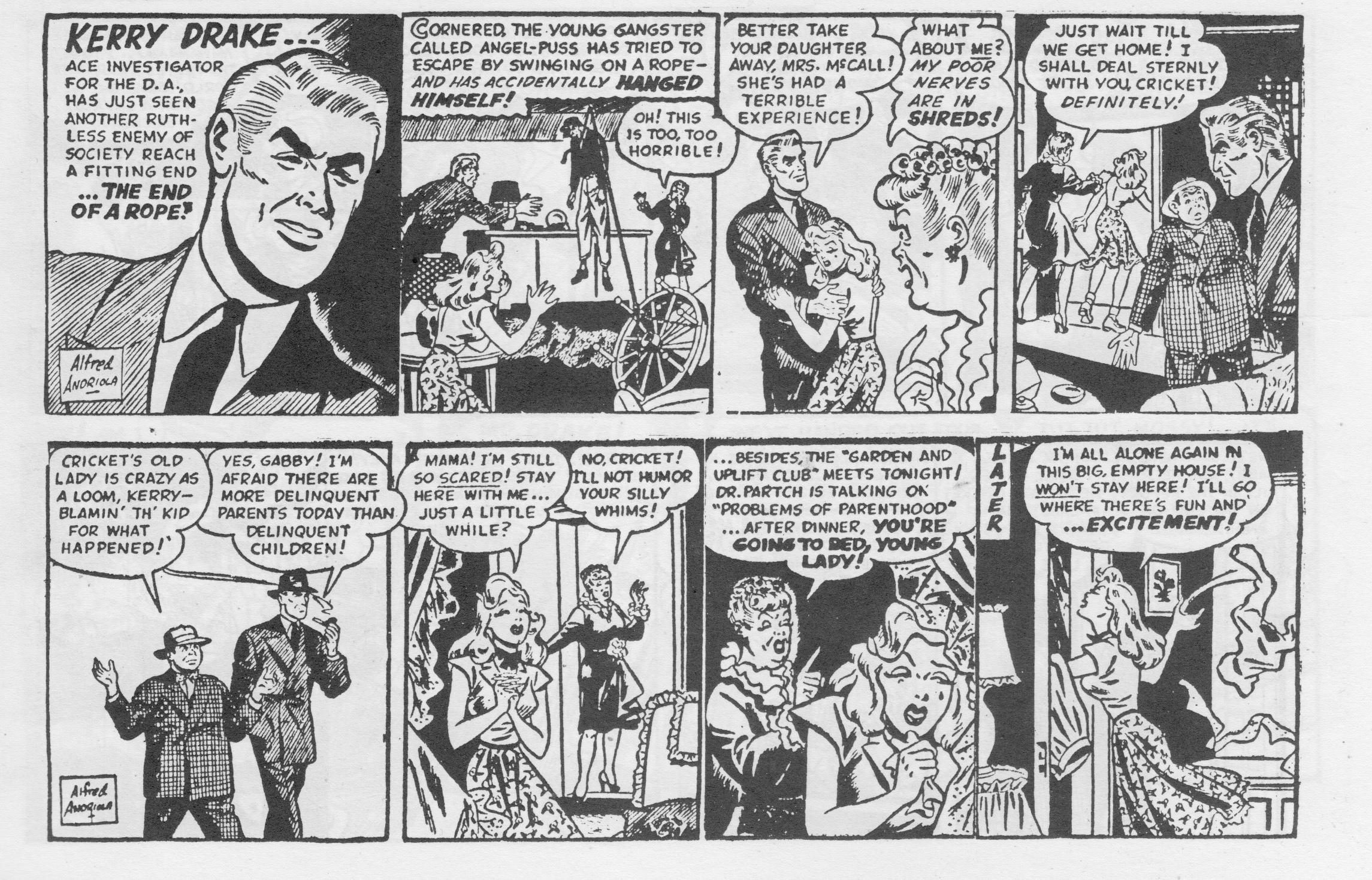 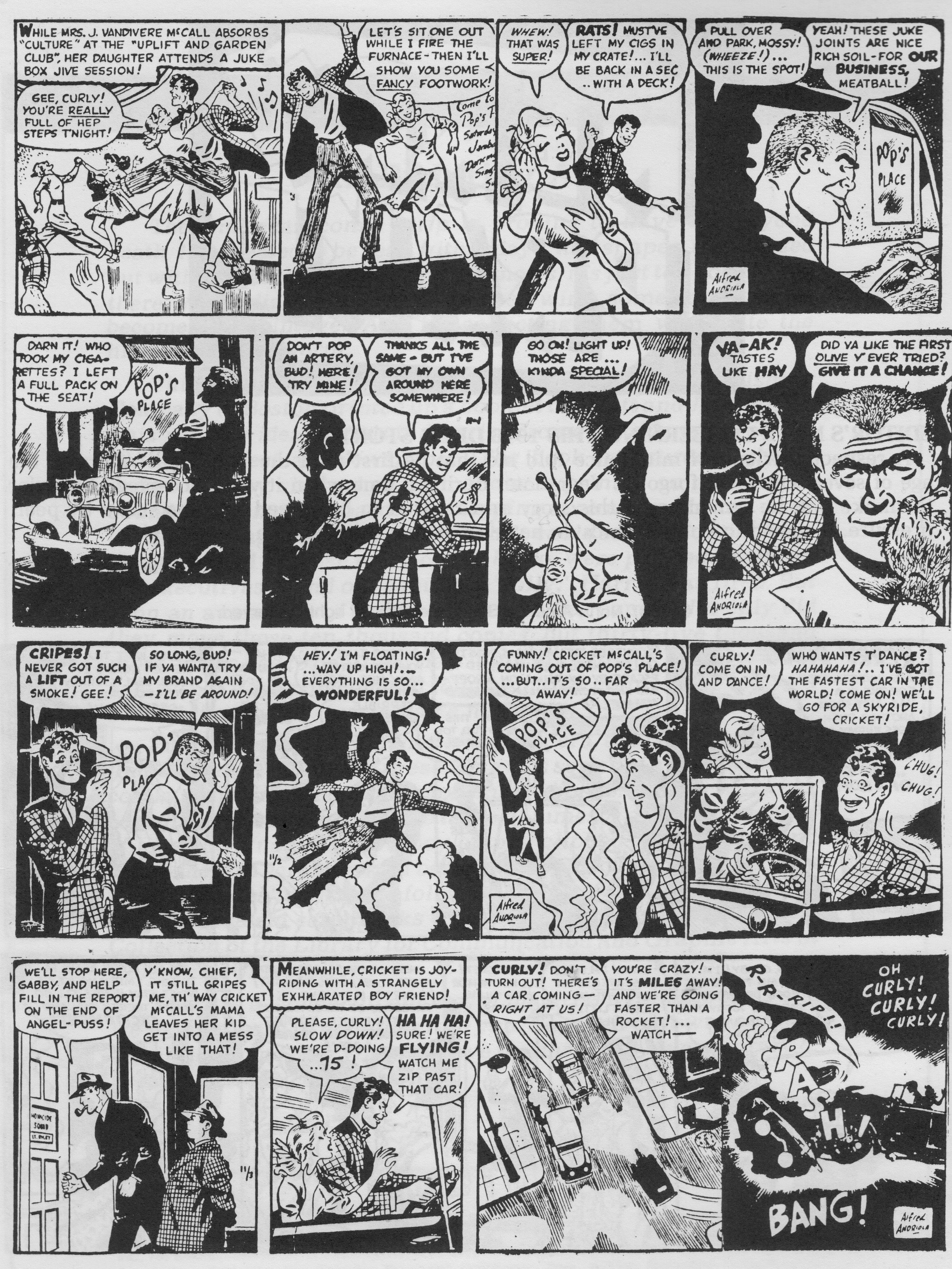 Keep coming back to this site for more episodes of Kerry Drake.