A Warning to Epilepsy Patients 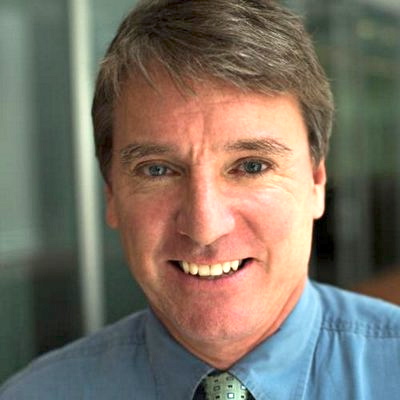 Benedict Carey is a longtime shill for the drug companies and medical device manufacturers. His story hedded “‘Pacemaker’ for Brain May be Aid to Memory,” based on a very small study involving people with epilepsy, was played very big in the New York Times April 21. 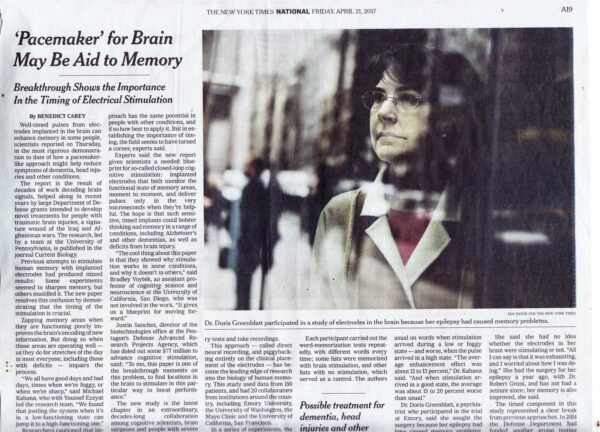 Carey is touting implanted devices that can supposedly “deliver pulses only in the very microseconds when they’re helpful” and thus improve memory formation and retention.

Epilepsy patients at UCSF, Emory University, the University of Washington and the Mayo Clinic (n = 150) were the test subjects in a just-published study. The bigger market for these “sensitive, timed implants” are dementia patients. Better memory, not seizure reduction is the alleged benefit.

The Defense Department spent $77 million on the research “to develop novel treatments for people with traumatic brain injuries, a signature wound of the Iraq and Afghanistan wars.” Which means patients at VA Hospitals will be front-line guinea pigs for the new technology.

Here are some phrases gushing from Carey’s reportage: “Breakthrough… can enhance memory… the result of decades of work…  ‘The cool thing about this paper’… The new paper resolves the confusion… The clinical placement of the electrodes…  the field seems to have turned a corner, experts said. Experts said the new report gives scientists a needed blue-print for moving forward… sensitive, timed implants could bolster thinking and memory in a range of conditions… one of the breakthrough moments… boost performance… has become the leading edge of research into the biology of human memory… the precise settings for each patient’s high- and low-functioning states.”

Whoever is behind Carey’s PR push —the device makers, we assume, while the Pentagon’s Defense Advanced Research Projects Agency gets thanked by name— is using Dr. Doris Greenblatt as a poster child. Carey notes that Greenblatt has been seizure-free since she had “the surgery for her epilepsy a year ago.” This fact will surely make some people with epilepsy want to get implants, although seizure reduction is not the goal of the procedure, and Greenblatt’s good fortune may be coincidental.

Circa 1990 a friend with epilepsy allowed the implant of a vagus nerve stimulator by a UC neurosurgeon. The operation turned out to be the opposite of helpful. “The new approach,” Benedict Carey now assures us by quoting an assistant professor at UC San Diego, “is a clear demarcation that the era of dumb stimulators is over.”  So my unfortunate friend got a dumb stimulator! Unsuccessful outcomes  must have been very common if the device makers are so keen to disassociate themselves from their old approach.

Smart bombs… smart stimulators…What else is DARPA developing with our taxpayer dollars? A brain scan that can detect and eradicate subversive thoughts? The Holy Grail!

There ought to be a Sunday morning TV show —it could air right after Meet the Press— called “Who Planted It?” in which savvy journalists discuss and reveal which corporations and government agencies generated the major stories of the week. Andrew and Leslie Cockburn would be the perfect hosts.