Dr. Raphael Mechoulam received an  honorary degree Nov. 10 from Ben-Gurion University of the Negev, and filmmaker Zach Klein was there to document the moment for “The Scientist” —the movie Klein is making about the great Israeli pharmacologist.

The university’s Senate and Executive Committee resolved in Mechoulam’s honor:

“In deep appreciation of an eminent scientist who studies the chemistry of plant-derived materials and their medicinal functions, a discoverer of the active agent in the cannabis plant, tetrahydrocannabinol, and endogenous cannabinoids in the human brain, whose ground-breaking research has laid the foundation for cannabinoid research globally; In recognition of a multi-faceted researcher whose work encompasses both basic and applied research, ranging from the chemical analysis of natural products to their psycho-physiological effects on the human body, from the discovery of receptors and materials in the human brain to the development of therapies for chronic diseases and the alleviation of suffering; With esteem for an academician who has mentored a new generation of researchers who will follow in his footsteps, including the founder and faculty of the School of Pharmacy at Ben-Gurion University of the Negev, and for serving in key academic positions, including rector of the Hebrew University, president of the International Cannabinoid Research Society and head of the Natural Sciences Section of the Israel Academy of Sciences; And in acknowledgement of the recipient of many prestigious awards, including the Israel Prize for Chemistry, whose scientific contribution serves as an example for others,

by conferring upon him the degree of

with all the rights and privileges pertaining thereto”

Nobel politics is so sensitive, I worry that if O’Shaughnessy’s declares that Mechoulam deserves the prize in Medicine or Chemistry—and that only politics prevents the decision-makers from awarding it to him— it might come to some honcho’s attention and re-enforce the high-end blacklisting of the truly nobel hero of your film.

When I was at the University of California at San Francisco, editing an internal weekly called Synapse, Harold Varmus and Michael Bishop won the Nobel Prize, and I took a picture of them that day.

Varmus went on to become head of the National Institutes of Health under Clinton. Varmus (who knows all about marijuana, I guarantee you) was head of NIH when Prop 215 passed in 1996 —California’s medical marijuana initiative. In February ’97 he convened a special meeting of “experts” to consider the medical applications of marijuana. They concluded, “More research is needed,” which translated to “More prohibition until the research is done.”

Bishop went on to became chancellor of UCSF. At a press conference on the day he accepted the position, somebody asked a question (not about Cannabis) that had him thinking out loud about whether anybody at the university (which included schools of Pharmacology and Medicine) was studying plants. Bishop said he thought no one was. Then he added, “Well, yeasts.” 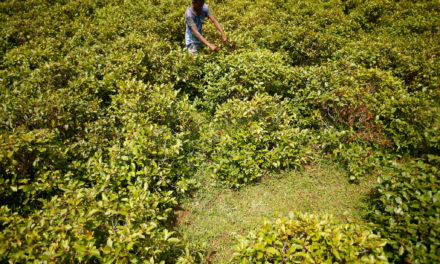