About That Ogden Memo…

By O’S News Service  Sept. 2, 2013    Recent coverage of the Obama Administration’s marijuana policy shows that the drug-policy-reform spinmeisters have prevailed —a false version of history is now generally accepted. The prevailing line is that Barack Obama promised on the campaign trail that he would call off DEA raids on medical marijuana providers; that a subsequent memo on enforcement priorities by Deputy Attorney General David Ogden promised a lenient approach; and then Obama double-crossed the reformers. O’Shaughnessy’s has challenged that version of events before, and here we go again:

Neither Obama nor the DOJ ever expressed unambiguous support for medical marijuana. It was the reform honchos themselves who misread and misrepresented Administration policy.

Two days after Obama’s inauguration in 2009, DEA agents raided a South Lake Tahoe cannabis dispensary run by a wheelchair-bound activist named Ken Estes. They took five pounds of herb and a few thousand dollars. “A typical rip-and-run,” is how Estes described it.

There was a certain poetic injustice to Ken Estes being the feds’ first target of the Obama era. A working-class dude with courage enhanced by his disability, Estes used to run a dispensary in Berkeley. When the city gave him the boot for being located too near a school, the three other dispensary owners did not come to his defense. They tsk-tsked about Estes’ operation being “too loose,” in contrast to their own fine, upstanding establishments. To paraphrase Pastor Niemoller, “When they came for Ken Estes…”

On Feb. 3, 2009, DEA squads raided four dispensaries in the Los Angeles area. On Feb. 11 DEA agents participated in a raid on the MendoHealing Co-op’s grow in Fort Bragg. JeanMarie Todd, who was detained, reported: “I saw two DEA agents amongst the sheriff’s deputies, so I said, ‘I thought Obama had called off these raids.’ A deputy replied, ‘We haven’t gotten the message.’”

Like Ken Estes, MendoHealing’s David Moore got zero support from the leaders of the medical cannabis industry in Northern California. He had once offended them by lowering prices at the MendoHealing dispensary in San Francisco. So, “When they came for David Moore…”

On Feb. 25 Attorney General Attorney Eric Holder and Acting DEA Administrator Michele Leonhart held a press conference to bemoan drug-related violence in Mexico. The presence of Leonhart indicated that the new Administration was going to continue fighting the War on Drugs in the same old ways. (Holder had the perfect pretext for replacing her that week. Rachel Maddow had revealed that Leonhart spent $123,000 of public funds on a charter flight to Colombia instead of using a plane from DEA’s huge fleet.)

Ignoring the significance of the Administration keeping Leonhart at DEA, the reform honchos seized on Holder’s vague, meaningless response to an unexpected question about the raids on medical marijuana providers, to claim that he opposed them! The Marijuana Policy Project posted a video clip headlined “Holder Says ‘No More DEA Raids’ in Press Conference.” But Holder never spoke those words! The phonies at MPP just made it up!

At another press conference March 18 Holder told reporters that Justice Department “policy is to go after those people who violate both federal and state law. To the extent that people do that and try to use medical marijuana laws as a shield for activity that is not designed to comport with what the intention was of the state law, those are the organizations, the people, that we will target. And that is consistent with what the president said during the campaign.”

Reform leaders again claimed a big win and some reporters fell for it. “Today’s comments clearly represent a change in policy out of Washington,” Ethan Nadelmann of the Drug Policy Alliance told the Los Angeles Times. The New York Times ran a piece headlined “Dispensers of Marijuana Find Relief in Policy Shift” that quoted Nadelmann (son of a rabbi) saying that the feds now recognize state medical marijuana laws as “kosher.”

On March 23, US District Court Judge in California, George Wu, postponed the sentencing of Charles Lynch, a Morro Bay dispensary operator who by all accounts had sought to comply with state law? and asked the US Attorney to provide a written statement elucidating Administration policy. A definitive response came from H. Marshall Jarrrett, director of the office that oversees all U.S. Attorneys:

“In response to your request, the Office of the Deputy Attorney General reviewed the facts of this case to determine whether the prosecution of Mr. Lynch comports with the Department of Justice’s policies with respect to marijuana prosecutions. Based on the facts of this case, the Office of the Deputy Attorney General concurs with your office that the investigation, prosecution, and conviction of Mr. Lynch are entirely consistent with Department policies as well as public statements made by the Attorney General. Accordingly, you should seek to proceed with the sentencing recommendations which your office has filed with the court.”

Our piece about the Jarrett letter in Counterpunch April 21 was headlined “No More Ambiguity: Obama’s DOJ Backs Prosecution of Medical Marijuana Providers.”  It began: “It’s official: under Barack Obama, the Department of Justice will not restrain federal prosecutors targeting medical marijuana providers. Any lingering hopes that the new Administration would implement change in this area were blasted April 17 when U.S. Attorney Thomas O’Brien forwarded to District Judge George Wu a letter from DOJ clarifying ObamAdmin policy…”

The Administration gave drug-policy reformers another occasion to cheer (but not a real reason to cheer) in October ’09 when David Ogden, the second-highest official at DOJ, issued a formal “Memorandum for Selected United States Attorneys on Investigations and Prosecutions in States Authorizing the Medical Use of Marijuana.”

We reported at the time that the Ogden memo “restated the mixed messages Attorney General Eric Holder had sent out verbally.”  But to this day —at least through May 5, when Paul Armentano cited it—  reformers contend that the toothless memo was meant to restrain U.S. attorneys like Joe Russoniello (who had been advising his counterparts that all dispensaries are illegal under state law because profits are being made).

The Ogden memo made it clear than any dispensary was, as Russoniello put it, “fair game” for the DEA. “Prosecution of commercial enterprises that unlawfully market and sell marijuana for profit continues to be an enforcement priority of the Department,” wrote Ogden. How can law enforcement determine if a given business is making a profit without raiding the premises, seizing their books and computers, their cash on hand, and their herb?   We slugged our report, “With wins like this…”

Why did the pro-cannabis reformers misinterpret and misrepresent Obama Administration policy so consistently and for so long? Why did Ethan Nadelmann afix his “kosher” seal to Obama’s baloney?  Wishful thinking is not a good enough excuse. Political leaders owe the rank-and-file accurate information and analysis. Obviously it is advantageous for fund-raising purposes to report success, and this was certainly a factor.  But it wasn’t just their own interests that the reform honchos were advancing with false claims of Administration support.

Above all, the honchos were serving the interests of Cannabis-industry entrepreneurs eager to attract customers and investors. Starting in the fall of 2008, the line “Obama is going to let it happen,” induced countless thousands of people to visit pro-cannabis doctors and then their local dispensaries.  The most successful California dispensary operators developed franchising ventures and pitched investors, using Obama’s alleged hands-off approach as part of their pitch.  “Money that was sitting on the sidelines came in after the election,” is how one of them summarized the boom that continued through 2009 and well into 2010,

It peaked that fall when Eric Holder warned that if California voters passed a legalization initiative, the feds would “vigorously enforce” federal law to block its implementation. Holder’s threat turned the tide against Prop 19, making it seem like a futile and costly gesture of defiance instead of a practical source of revenue for the insolvent state. In the same period, federal threats forced Oakland to back away from (ecologically disasterous) plans for four big industrial grow ops. 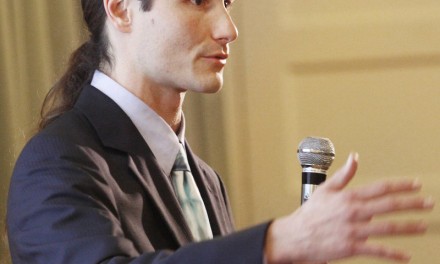